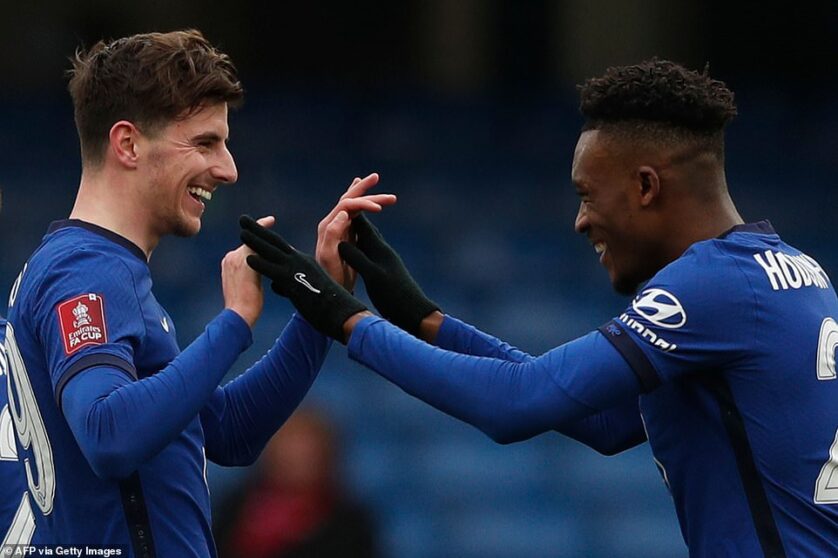 Chelsea dodged this particularly banana skin with relative ease, although until Timo Werner’s second you sensed the League Two side still sensed there maybe something more.

These occasions are often riddled with anxieties for clubs like Chelsea. Not this time as the embattled Blues emerged unscathed from this third round tie. 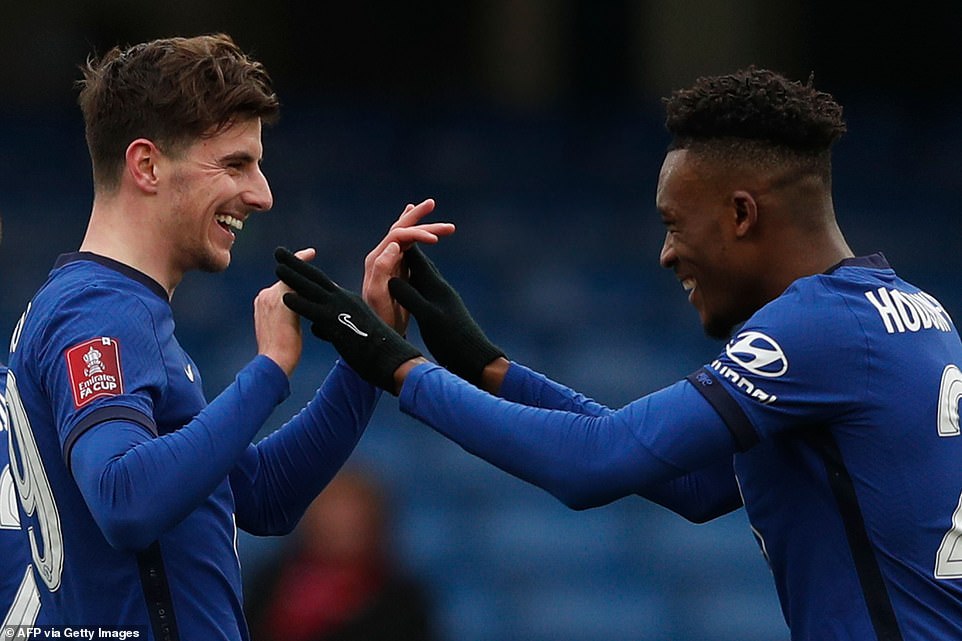 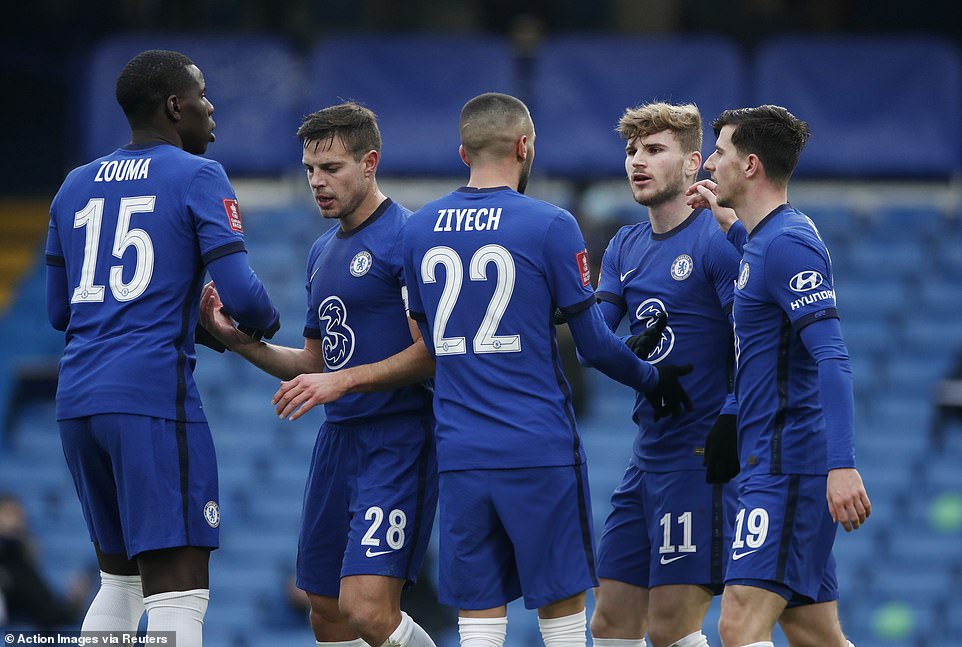 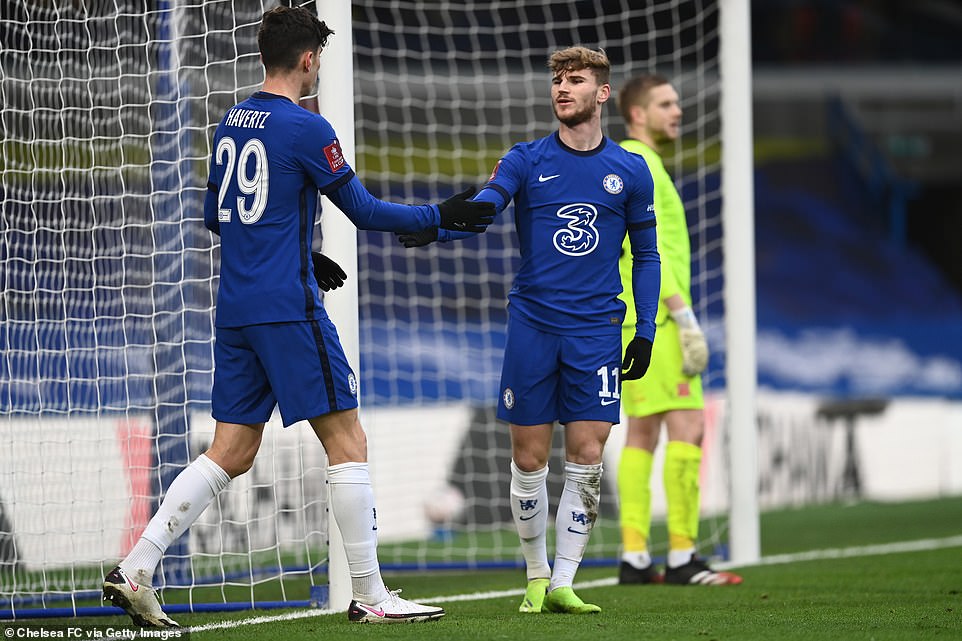 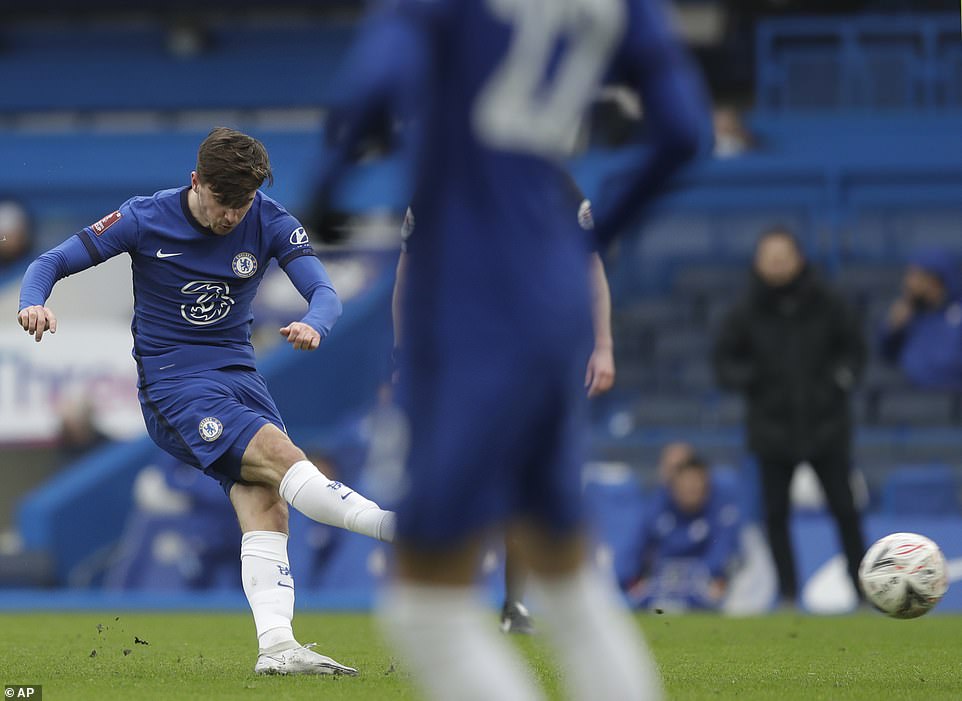 Mount, on his 22nd birthday, got the ball rolling – before Werner struck on the stroke of half-time to kill Morecambe’s hopes.

For the German striker, he will hope the goal will signal more than just a place in the FA Cup fourth round.

Werner’s struggled to adapt to English football since his £47million arrival from Red Bull Leipzig in the summer.

No goals since for his club since a 4-1 win over Sheffield United in November 7 has raised doubts.

Yesterday’s goal will, of course, do little to placate the skepticism. But Werner will hope it heralds a diversion in the right direction.

As will Frank Lampard, whose team returned to winning ways following a run of three games without a victory – a sequence that has left the Chelsea manager answering questions about his job security.

Of course, this victory will have little baring on whether or not the Blues hierarchy believe Lampard is the man to lead the club forward in the long term.

Defeat and the ensuing days of public humiliation, however, could have a been blow Lampard would have struggled to recover from.

There was no such danger here, though, as Chelsea ruthlessly swept their less glamorous opponents aside.

That’s not say Morecambe were without their moments; had Kepa Arrizabalaga, who has making his first domestic appearance since October, not managed to scramble back to stop Adam Phillips’ attempted cross that was creeping inside the near post then Derek Adams’ side would have taken a 12th minute lead.

That would certainly have made matters interesting. In the end, it was all pretty routine. 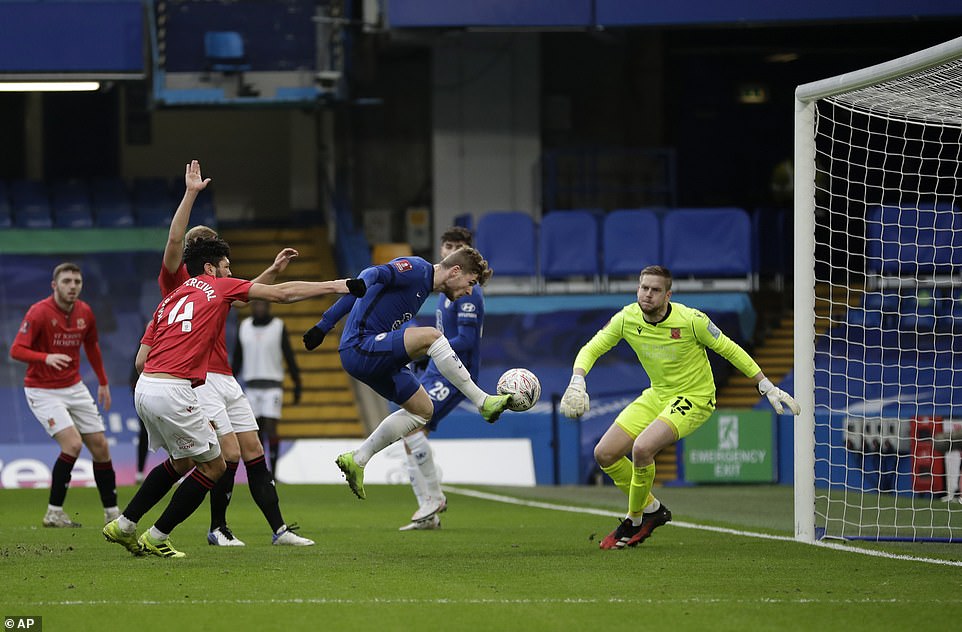 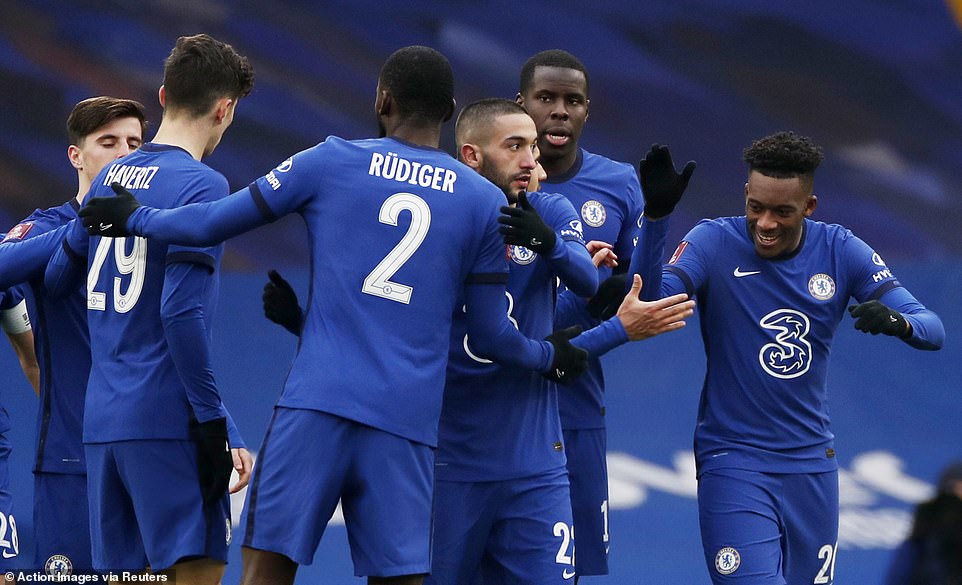 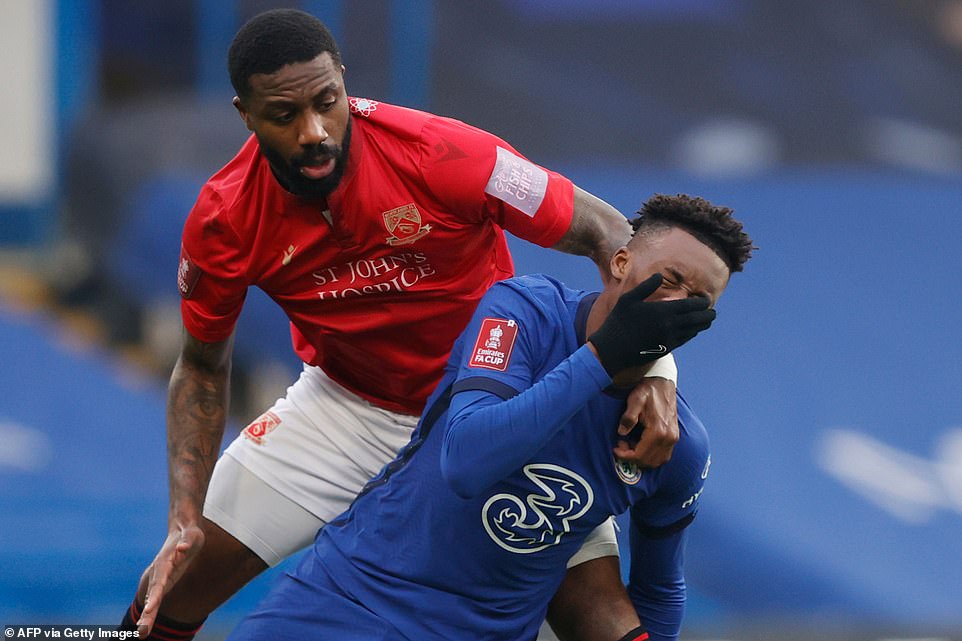 Mount, in the 17th minute, struck first with a beautifully hit effort from the edge of the box that had Mark Halstead beaten before he even had time to move.

Phillips’ inadvertent effort aside, Chelsea – as you’d expect – were in full control by the time they took the lead.

Yet even in a game as one-sided as this, you still sensed the relief.

Any aspirations of a miraculous comeback were dashed just before the break when Werner tapped home from two yards after Kai Havertz nodded Hakim Ziyech’s deep cross back across the face of goal.

The fear for Morecambe boss Adams was clear, particularly after Callum Hudson-Odoi broke the offside trap to fire home Ziyech’s pass to notch Chelsea’s third in the 50th minute.

But credit to the Lancashire outfit, they didn’t cave – though Halstead produced a sensational double save to deny Havertz and Christian Pulisic in quick succession in the 72nd minute.

In truth, Morecambe’s ambition of conjuring their own chapter FA Cup giant-killing history never really got off the ground, yet Adams should be proud of the way his players acquitted themselves.

Likewise, Lampard will be satisfied with his day’s work. For now, the pressure is off. The wrong result against Fulham on Friday, however, and Lampard will know the potential consequences. 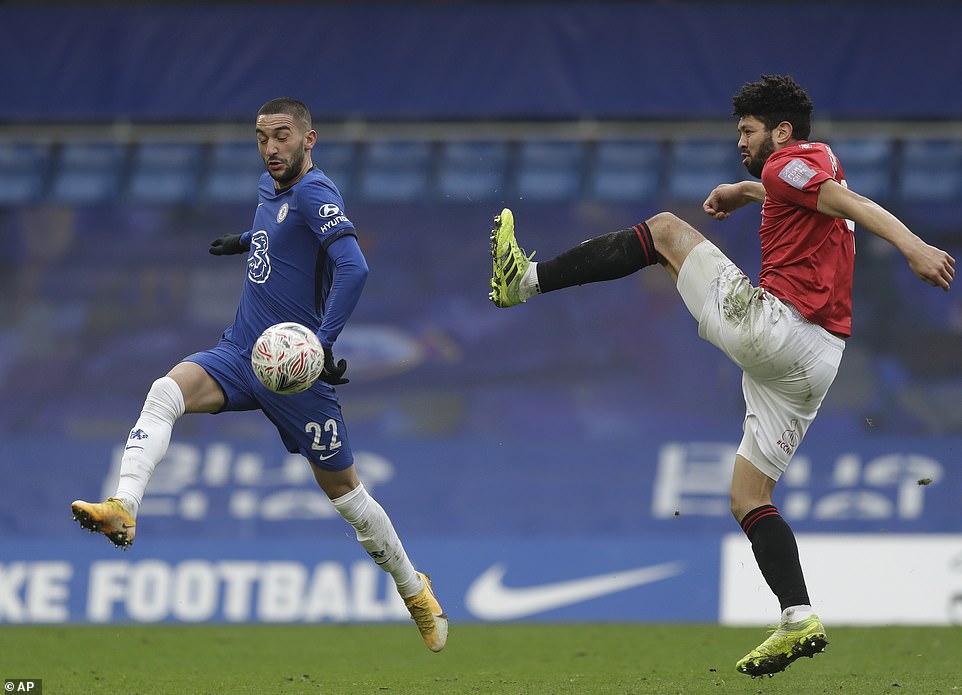 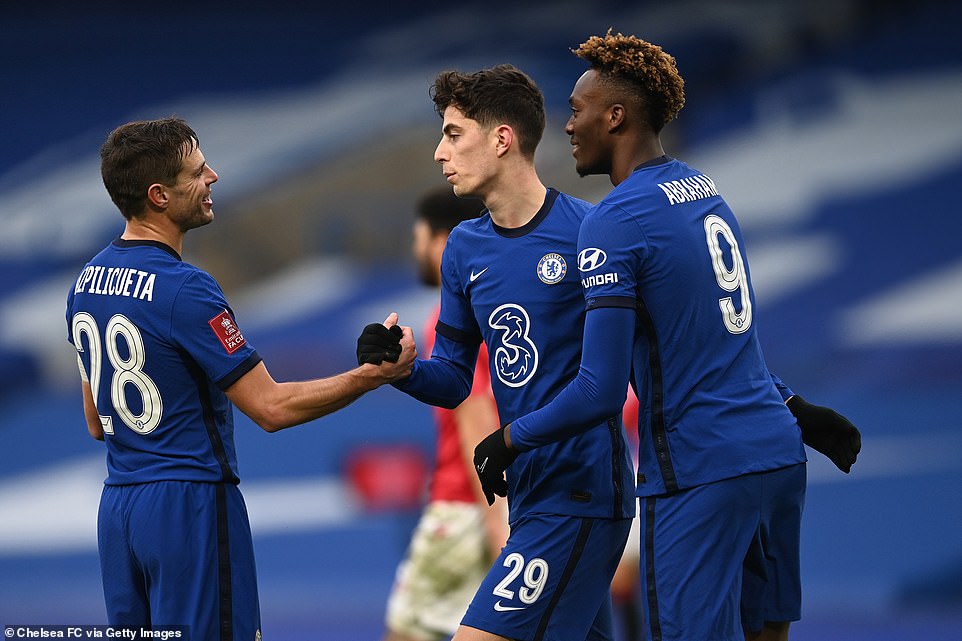 Kai Havertz made it a perfect day for Chelsea as like Werner, he also broke a long goal drought dating back to October 17 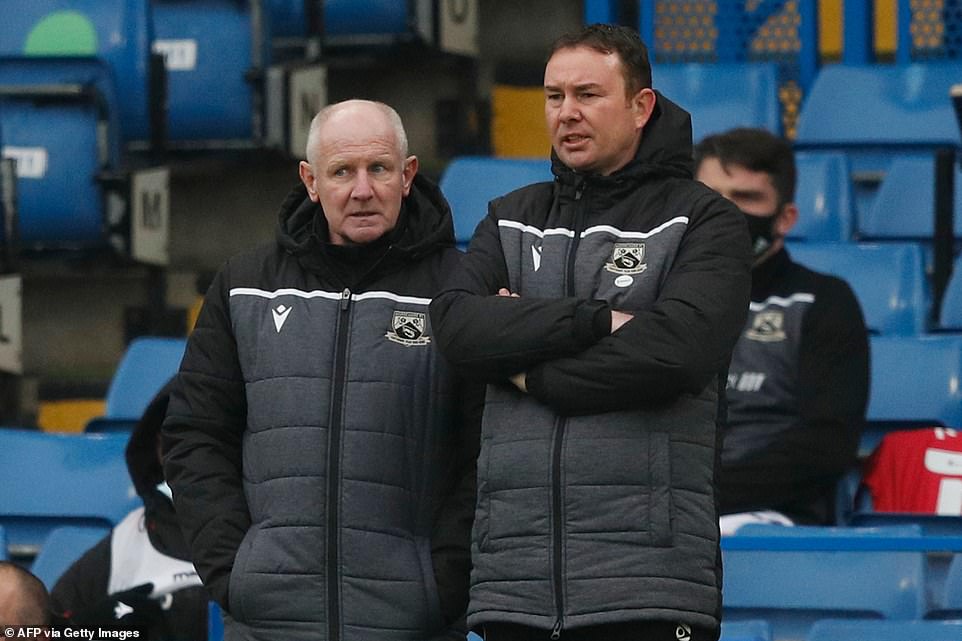 Derek Adams’ Morecambe side did their best to shut out Chelsea, but the Premier League side’s quality proved too strong 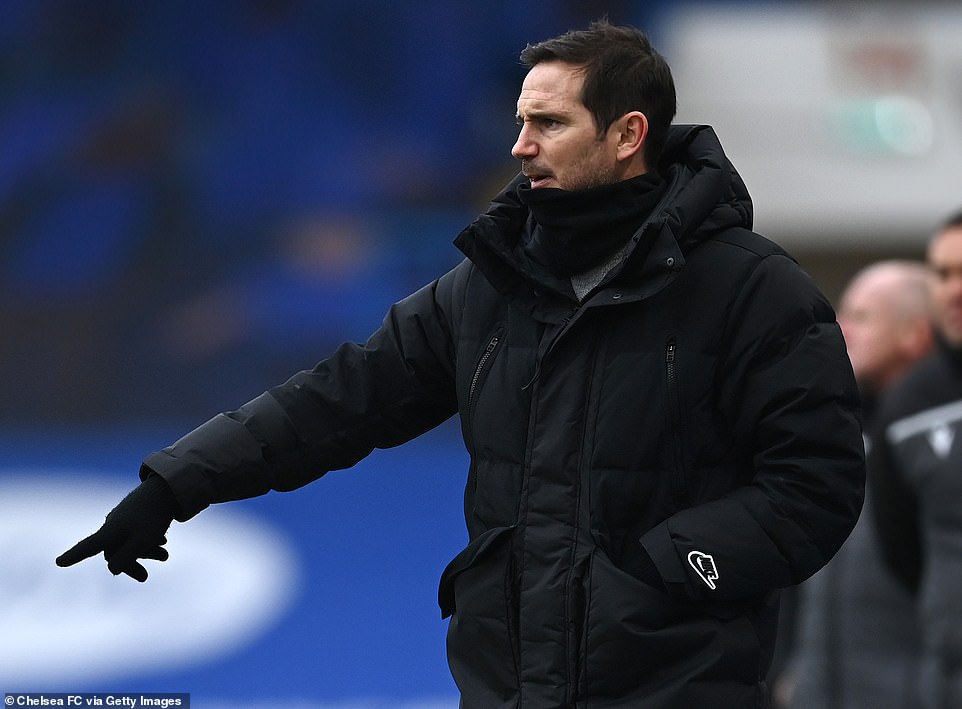