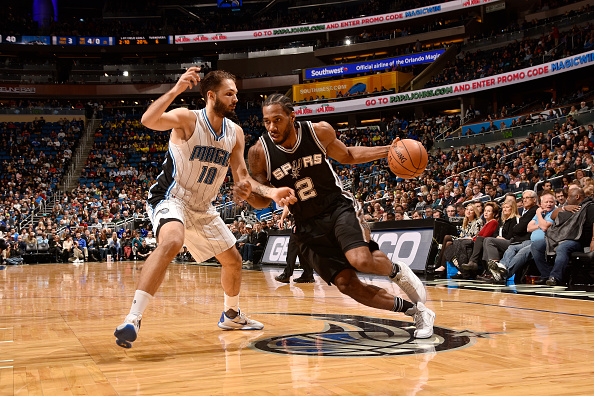 There are many reasons NBA fans selected Spurs‘ forward Kawhi Leonard to be a Western Conference starter in Sunday’s All-Star Game in Toronto but until Wednesday night in Orlando, making game-winning shots was way down the list.

But on this night at Amway Center, Gregg Popovich asked Leonard to emulate the Kobe Bryant who terrorized defenses in such situations during the prime of his 20-year career that will conclude at season’s end.

With his team locked in a tie with the Magic after Orlando’s Evan Fournier drained a corner 3-point shot with 13.3 seconds remaining, Popovich used two time outs to set up the simplest of game-winning strategies: Put the ball in Leonard’s hands and space the floor to give him room to work.

After taking an in-bounds pass from Rasual Butler that barely beat the five-second count, Leonard positioned himself 10 feet beyond the 3-point line on the right quadrant of the court, defended by Aaron Gordon, a 6-foot-9 forward that Magic coach Scott Skiles deems his best perimeter defender. Leonard bided his time, taking nine dribbles before starting toward the basket. He lost Gordon with a quick crossover dribble to his left that freed him for a jumper just inside the 3-point line….Read More