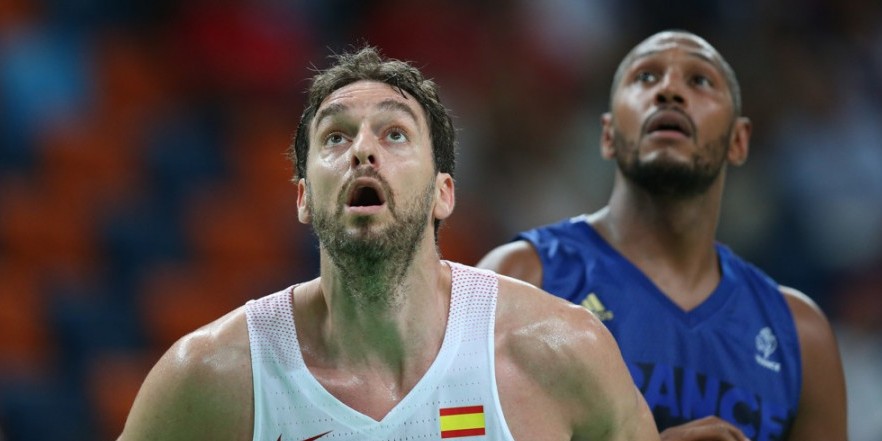 Scaletta’s Summer Top 100 is a ranking of returning NBA players. For a full explanation of our methodology, read our intro.

Pau Gasol will suit up for his fourth team when the season starts, taking the spot of one of the greatest players to ever step on a court, Tim Duncan. And in many ways, he’s a perfect replacement. Like Duncan, he’s a cerebral, stable star whose leadership style is more supportive than the “in your face” style of some other Hall of Famers.

Gasol will be tasked with carrying on one of the greatest legacies in the history of modern sports: the San Antonio Spurs’ run of 17 consecutive 50-win seasons. Is he up to the task?

Gasol won’t build on last year’s number, if he does at all. Behind Kawhi Leonard and LaMarcus Aldridge, he’s likely only the third scoring option. However, as third options go, you can do a lot worse than the Spaniard, who is on the cusp of becoming just the 18th player in NBA history to amass 20,000 points and 10,000 rebounds, according to Basketball-Reference.com. He needs just 791 more points to join that club. Everyone who is in it is also in the Hall of Fame.

Gasol still has things he can do, and things he can’t do. A coach like Gregg Popovich will know how to get the most out of the former while limiting the latter.

There is risk of decline as the big man ages. And in the Spurs’ way of thinking, as you get older, minutes become scarcer. And by older, I mean once you turn 20. Without as much playing time, or as many touches when he’s on the court, there is also a decent chance Gasol sees a steep drop-off in production this year. But probably not too steep……Read More