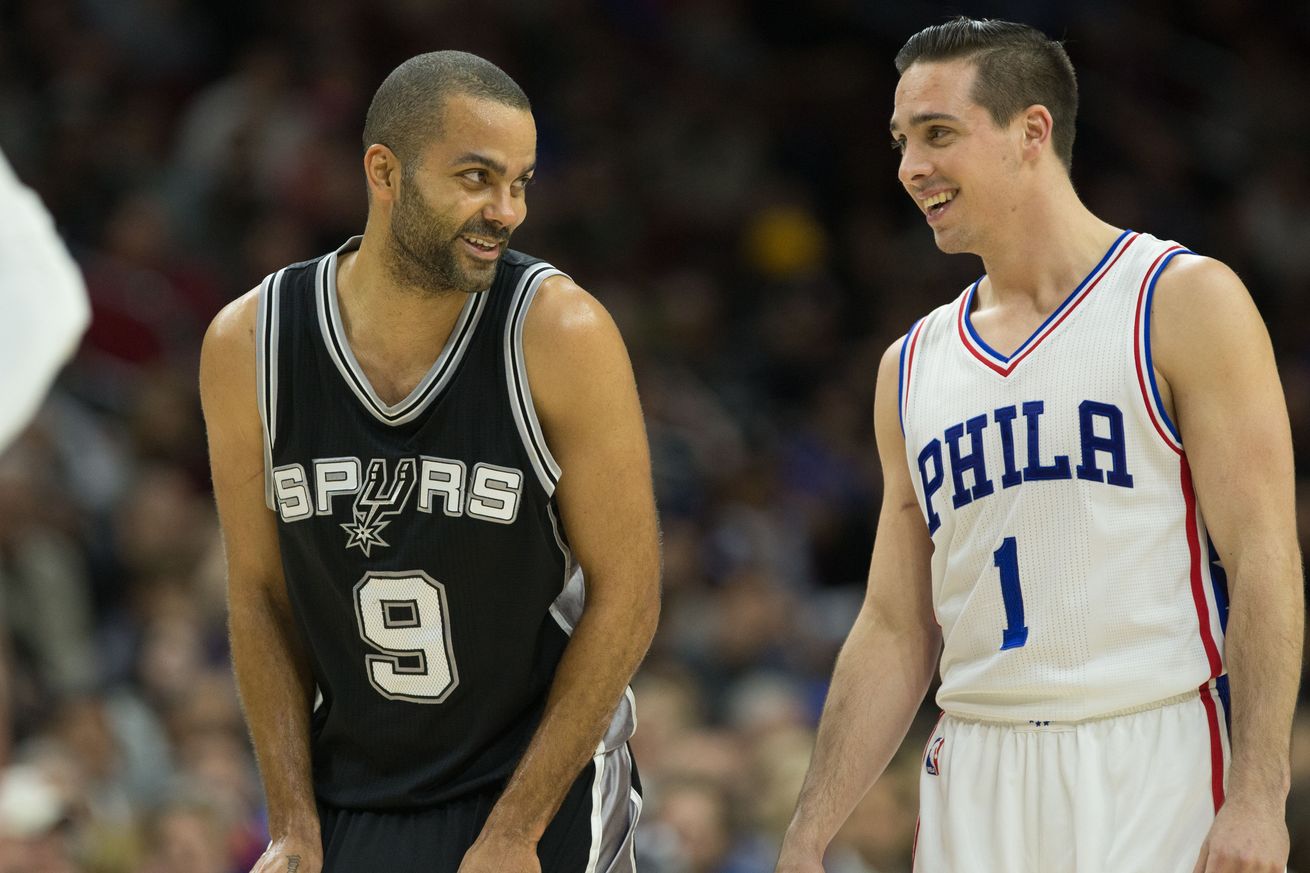 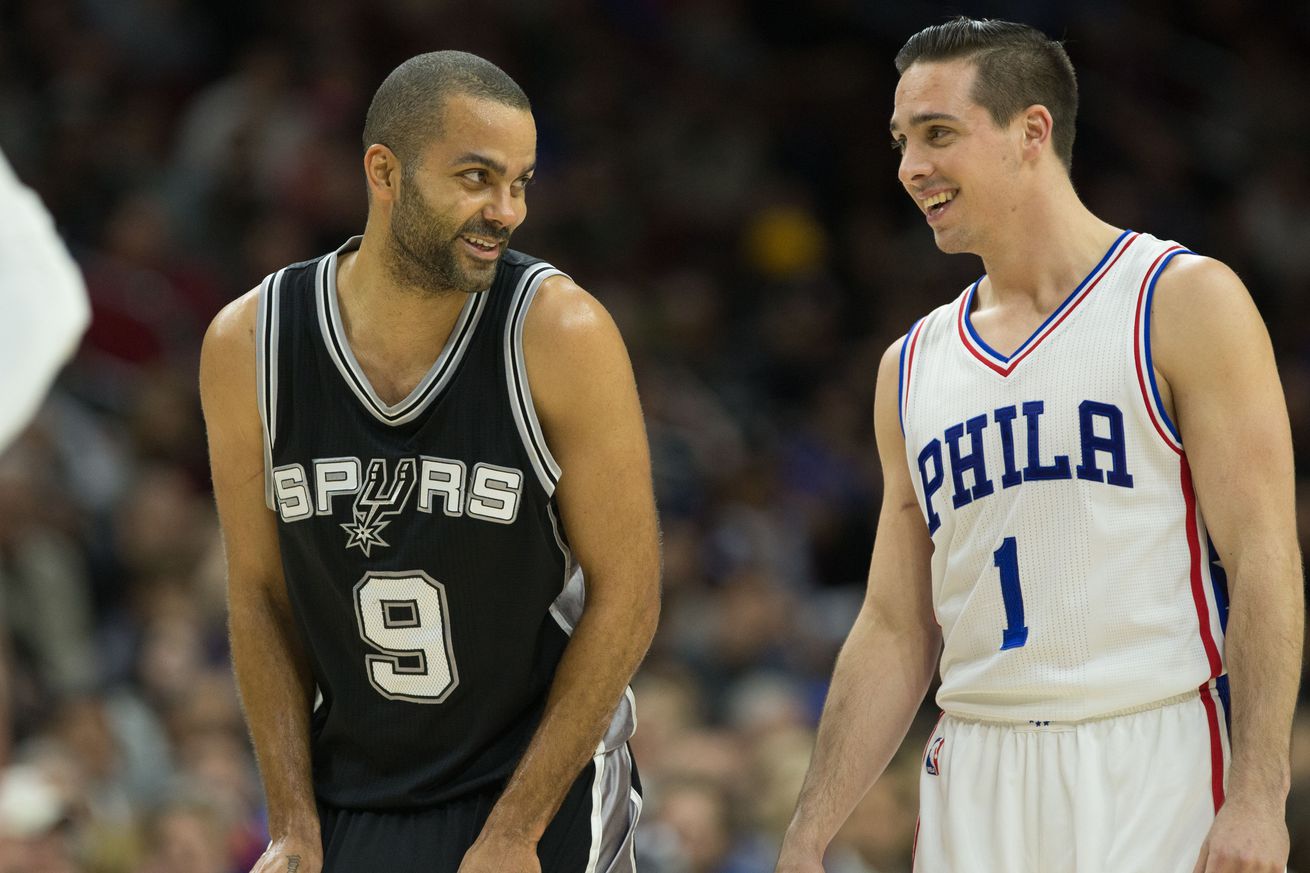 During Wednesday night’s game between the Spurs and the 76ers, as Tony Parker was waiting for play to resume, Bryan Cranston — watching the game courtside with M. Night Shyamalan — took advantage of the opportunity to “introduce” himself to San Antonio’s nearby point guard.

Cranston is the best, and not just for Breaking Bad (which I consider to be the best TV show I’ve ever watched), but also for his latest creation, Sneaky Pete. He’s known for pulling pranks on his co-stars, off camera of course. But during the game, his antics were caught on camera even if they weren’t noticed by Parker.