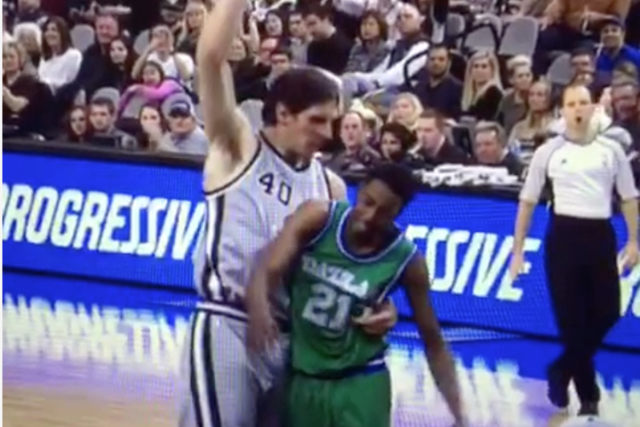 Boban Marjanovic played nine minutes in a 112-83 Spurs win over the Dallas Mavericks on Sunday. Marjanovic had seven points and four rebounds, including this rebound and dunk over Jeremy Evans. One thing the official NBA YouTube account video entitled “Boban Marjanovic Slam and Stare Down!” doesn’t show you is the technical foul for taunting being given to Marjanovic after the dunk.

There was some confusion about why he got the technical. It could have been a delayed call because of the half-hug he gave Hill. Perhaps the way the 7-foot-3 big man awkwardly looked at the back of Hill’s head. Or perhaps the way he walked away. Whatever it was, Coach Pop didn’t seem too mad about… whatever he did to earn that technical.

Source: Boban Marjanovic Gets Technical For Looking Down at Jeremy Evans | The Big Lead