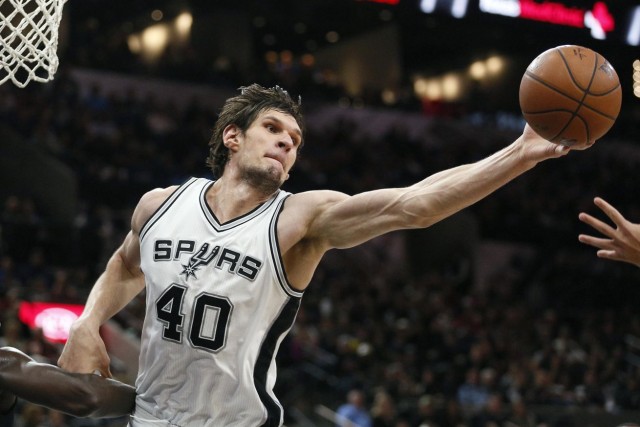 In the off-season the Spurs made many big acquisitions by signing LaMarcus Aldridge, Ray McCallum, Jonathan Simmons, Rasual Butler and David West. None of those new acquisitions to the team were bigger than Boban Marjanovic. Now let’s be honest when we first heard of the Spurs signing this Serbian giant on July 17th many thought Ok who is this guy? When Spurs fans first saw Boban in action they immediately fell in love with the 7’ft 3 inch” giant. Since the begging of the season Boban mania has hit the Alamo City and it would seem there is no end in sight. The legend of Boban is becoming bigger than he is and with every passing day we see more to like out of this fan favorite.  At a recent meet and greet with Boban Marjanovic at the Wingstop located on Ingram and Loop 410 hundreds of crazed Spurs fans gathered just for a chance to meet him.

Hundreds of fans gathered outside a Wingstop to meet Boban.

Boban mania has reached an all time high with the throw down, stare down dunk of the year against the Mavs Evans. This dunk made the fans at the At&t Center go crazy after Boban not only dunked on Evans but stared him down and brought some of that nasty fans love to see.

Now this new video of Boban Marjanovic has surfaced of the Serbian giant shutting down Tim Duncan during practice. This is sure to add to the growing myth of the legend of Boban.

While Boban is a fan favorite let’s not forget that he can play basketball. I for one would love to see Boban Marjanovic get more playing time as he electrifies the crowd and his teammates when he is in the game. The Spurs have a new secret weapon this season and his name is Boban Marjanovic.