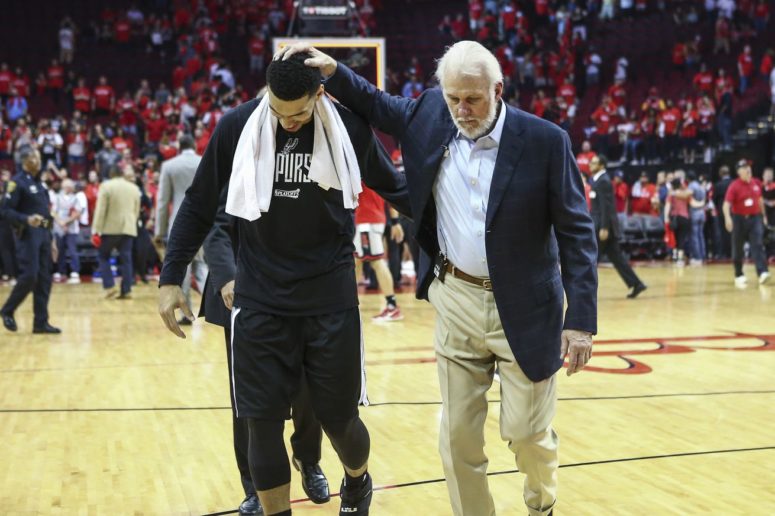 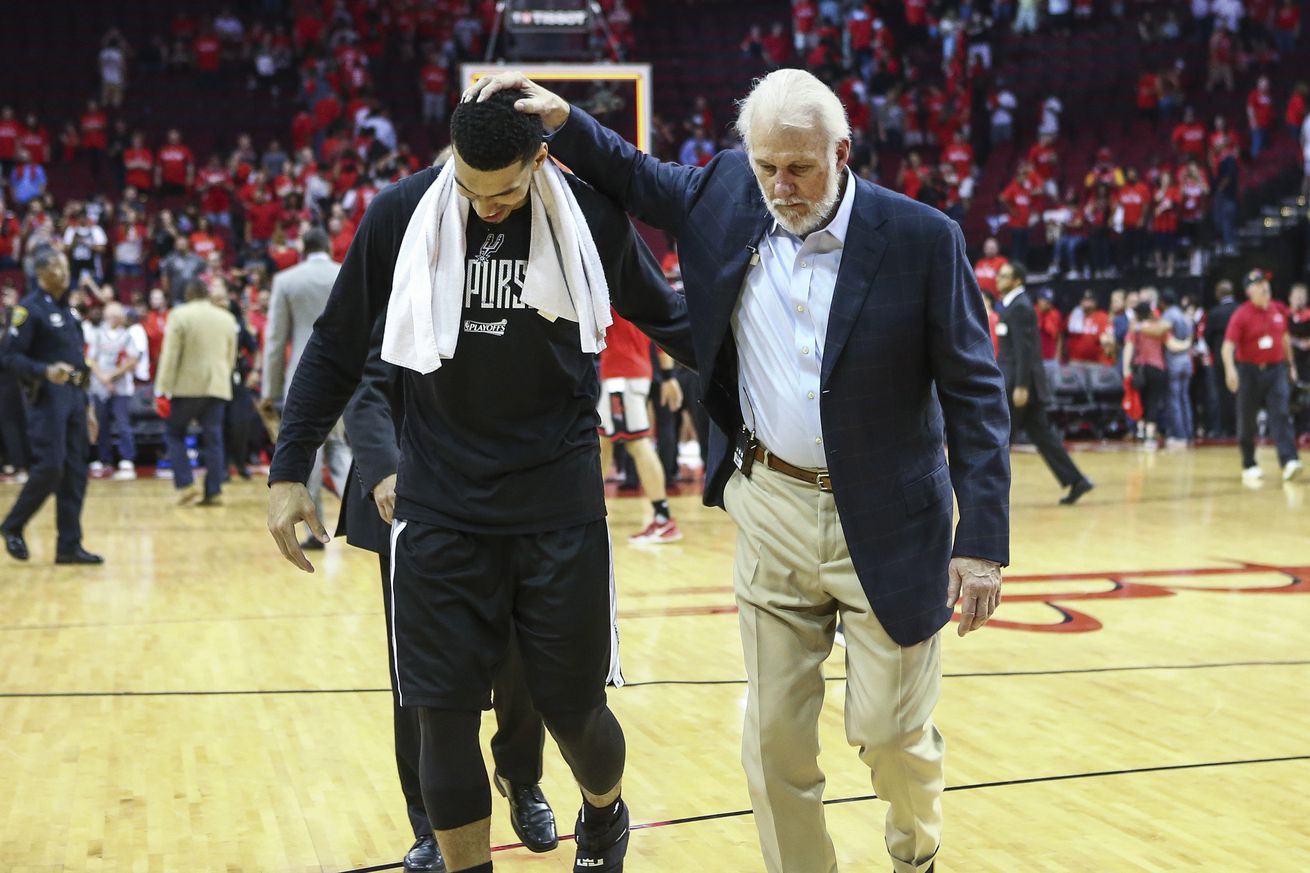 Over the last couple of decades, two teams in professional sports have stood above all others: the NBA’s San Antonio Spurs and NFL’s New England Patriots. This had led to a constant barrage of comparisons, and some of the similarities are impossible to ignore.

They are led by Gregg Popovich and Bill Belichick: two notorious old curmudgeons who are the best coaches in their respective business and share a similar disdain for the media. Both franchises have also followed the same superstar, Tim Duncan and Tom Brady, to five championships in that same time span. (And while Duncan has since retired, the Spurs are now led by another taciturn superstar in Kawhi Leonard.)

Finally, both teams have the highest winning percentage in their respective leagues since their coaches joined their current franchises, with the Spurs winning 69.4 percent of their regular season games under Pop (that number jumps to 71.2 percent if you exclude the ‘96-97 season) and the Patriots winning 73.9 percent since 2000.

However, aside from the dynastic levels of consistency and identical number of championships under the same coach-superstar duos, the comparisons end there. Off the playing field, the two franchises and their coaches have almost nothing in common.

For starters, while the Patriots make their home in one of the highest populated areas in the nation, San Antonio is close to being the smallest media market with a professional sports team. (Before you start asking how that can be since San Antonio is the 7th largest city in the U.S., it is because of the lack of a metropolitan area. While the city of San Antonio is actually twice as large as Boston, the Greater Boston area has a population of almost 4.8 million and is the 9th largest TV market in the nation, while the San Antonio area consists of just 2.1 million people and is the 31st largest market.)

Because of this, the Spurs don’t endure the same level of jealousy and disdain as successful large market teams who draw constant national attention like the Patriots. The Spurs are far too respected to be widely hated; at worst they are begrudgingly accepted or ignored all together.

The Spurs have never been involved in such controversy. The closest example would be Restgate, when the Spurs were fined $250,000 by David Stern in 2012 after Pop sent four starters home for a nationally televised game in Miami. It was the Spurs’ fourth game in five nights and sixth game in nine, all of which were on the road.

Pop’s resting practices became more popular among aging stars and winning teams, and the league has since made massive changes to its scheduling to ensure the safety of its players and provide the best possible product for its audiences. In the end, Restgate was no scandal (and if it was, then the scandal was for Stern and the NBA, not the Spurs), but rather a wake-up call to the league that has had a positive impact.

Recently, yet another reason has come up as to why the Spurs and Patriots —and Pop and Belichick for that matter— shouldn’t be considered so alike, and it came via a candid interview by the Patriots coach himself. When asked what it’s like to tell a player who is fighting for a roster spot that he has made the 53-man team, here was his answer:

Conversely, this entire quote from Belichick today about why he doesn’t go too crazy congratulating players who make the team is tremendous pic.twitter.com/qyurVF6rDp

This quote is also a really good encapsulation of the startling difference between Gregg Popovich and Bill Belichick. https://t.co/cxviM2cFyt

You can click on the tweet to read the whole quote, but here is the highlighted portion that prompted such a reaction from CBS’s Matt Moore:

Yeah, as much as you want to say ”Nice job. You made the team,” they’re not a permanent fixture on the team. They’re here until as long as they’re doing their job and they’re dependable, and reliable, and consistent and improving. Once that curve starts to head the other way, I would say it probably isn’t going to last too long. If they can’t figure that out, then they’re probably going to suffer the consequences.

That’s one harsh reality check right there. What Belichick is essentially saying is he’s not over-congratulatory to his fringe players who make the team because they have such little margin for error that they will likely be gone from his team almost the instant they show any signs of weakness.

This is quite a contrast to what we know about Coach Pop (who was recently voted as the coach NBA Players would most like to play for) and how he feels about his players. Do you think when undrafted rookie Bryn Forbes surprisingly made the Spurs roster out of training camp last season, Pop avoided congratulating him just to make sure he knew that nothing was promised? Highly unlikely.

It doesn’t matter if you’re Duncan or a training camp invitee, Pop welcomes all his players with open arms, treats them with the same amount of respect, coaches them with the same level of harshness, and most of all he makes sure that everyone has the best opportunity to succeed under his watch. As long as they uphold their end of the bargain and have the right attitude as Spurs players, Pop will uphold his as a coach, and that means a lot in an era when player/team loyalty in the NBA is being called into question.

Next, think about what Belichick said above, while watching this video of Spurs rookie Derrick White talking to Pop for the first time:

Belicheck might not be as hard on his early draft picks as he is fringe roster players, but on the other hand one has to imagine Pop treated Forbes the same has he did first round draft pick Dejounte Murray last summer; just as he will this summer with White and undrafted rookie Brandon Paul; and they will be treated just the same as Leonard and Manu Ginobili.

Of course, this is not to say that Belichick doesn’t care about his players; he wouldn’t have such a successful franchise if he didn’t. It is also notable that 53 players is a lot more to manage than 15, and not everyone on an NFL roster can get as much undivided attention from the head coach on a daily basis as the NBA.

Still, it’s a stark contrast in approaches to players who often need a little more guidance and gives insight to the vast differences between two head coaches who appear similar on the outside, but couldn’t be more different on the inside. One sees his team as a business, the other a family. Neither approach is wrong and both have yielded excellent results, but it’s becoming increasingly obvious that the Spurs and Patriots aren’t, and never will be, soul brothers.