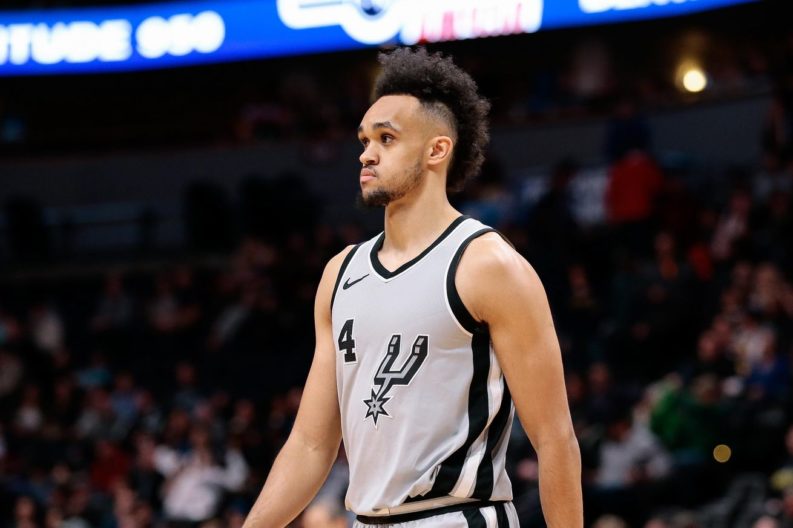 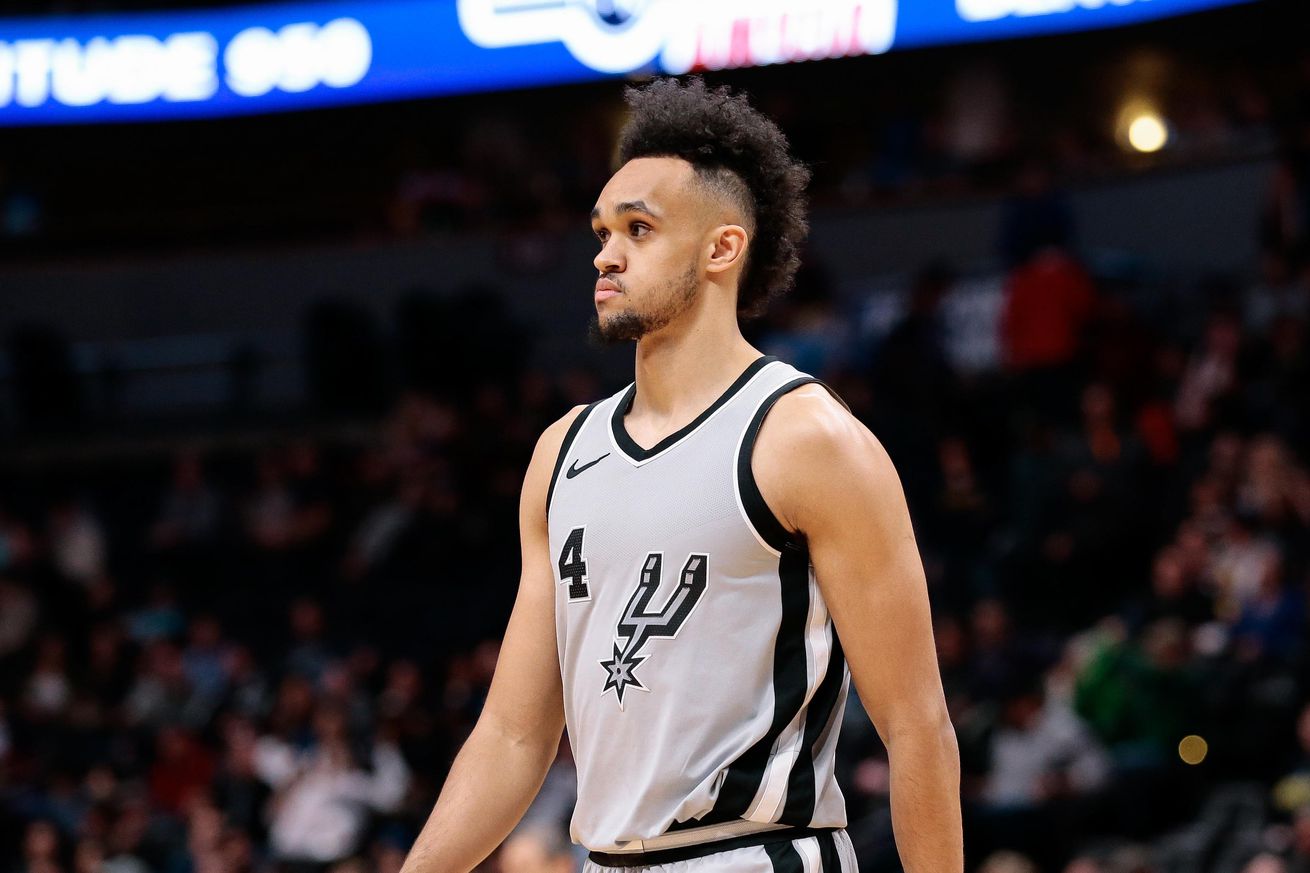 Derrick White returned and showed some flashes of what he brings to the table.

On an otherwise rough offensive night, the Spurs can find some solace in the long-awaited return of a healthy point guard to the roster. Surprisingly, Derrick White got the start in his first game back from the heel injury that has kept him on the injured list since he first sat out the final preseason game against Orlando on October 12th. He ended up only playing 15 minutes, though, much more in line with expectations. Understandably, he looked a little hesitant and out of rhythm at times.

Still, he flashed some of what had him set to start at the 1 after Dejounte Murray went down. He threw a couple of good passes, and finished the night with 3 assists. His best was this look to Davis Bertans mid-way through the third quarter.

Derrick droppin’ dimes in his first game back pic.twitter.com/j6D4GcB6ct

It’s a nice pass, and shows great understanding of angles and timing. Even better is that this action is almost certainly unscripted, and he read multiple options in real time, made the right pass exactly when he needed to, and put it exactly where it needed to be.

The play starts with a pretty straight forward side pick and roll, and Jakob Poeltl does a good job of landing the pick. Derrick gets into the middle of the floor, but Hassan Whiteside is there to cut him off. That leaves Jakob rolling to the rim from the left side, but he doesn’t represent a real threat at this point. Even if Derrick could have gotten him the ball in the best possible location, Whiteside probably smacks his shot off the glass. Jakob isn’t strong enough, explosive enough, or crafty enough to score efficiently on a defender like an engaged Whiteside at this point in his career.

Derrick tries to keep Tyler Johnson on his back, but can’t cut him off quick enough, so he pulls the ball back out just a little. All the while, he’s holding the attention of the entire defense. Both Marco Belinelli and Davis Bertans see the opening at the same time. With Whiteside on the left side of the paint and focused on recovering to Jakob, the right side of the rim is unprotected. Justice Winslow and Wayne Ellington are just a little too interested in what Derrick is doing, so both Spurs start to cut into the lane.

Marco sees the impending collision coming and swerves out to the three-point line at the last second. Ellington barely avoids getting run over by Davis and recovers out to Marco just in time. Winslow, meanwhile, reacts so quickly to Davis’ cut that he almost tips the ball as it passes just inches from his fingertips. Derrick saw all this happening in front of him in real time and put the ball in the only place that Davis could get to it that Winslow couldn’t.

This wasn’t his only good play on the night, though. Check out this defense to offense sequence from just 30 seconds earlier.

The clip starts with a seamless switch between Derrick and Dante Cunningham, putting Derrick on Wayne Ellington. Ellington gets a hand-off from Whiteside and immediately pulls up from three looking to draw a cheap foul. Derrick gets around the screen and back in position without fouling, though, so Ellington is forced to drop the ball off to Whiteside. Ellington gets another hand-off and drives towards the right side of the rim. Derrick recovers again and gets back into position to contest the shot without fouling.

LaMarcus Aldridge grabs the rebound and gives it to Derrick to bring up court. They swing the ball around to DeMar DeRozan and Derrick spaces out to the left corner. DeMar gets him the ball off a drive with just a half-step advantage on Tyler Johnson. Derrick drives, and seeing that Rodney McGruder is still on the ground, spins and kicks the ball back to DeMar in the corner for three points.

These are good plays, and represent exactly the kind of impact the Spurs need Derrick to have. Of course, he wasn’t this good for all 15 minutes. He had a couple of bad turnovers, including a failed entry pass and a time when he got himself caught in the air and had to drop the ball and stand there without touching it. That kind of stuff is going to happen with a second-year player coming off an injury and starting his first game, but, keep in mind, he also did this.

Sure, it’s a goaltend, but that ball’s 11 feet in the air when Derrick gets to it, which is a nice reminder that he posted at 35.5” vertical leap at the combine.

With his return, and the expected healthy returns of Rudy Gay and Pau Gasol, the team may finally be able to put the whole band together for a game or two. It will take a little time to integrate Derrick into the rotation and get him comfortable as a starter, but both the team and its fans may soon get a look at what the Spurs are really capable of on both sides of the ball.