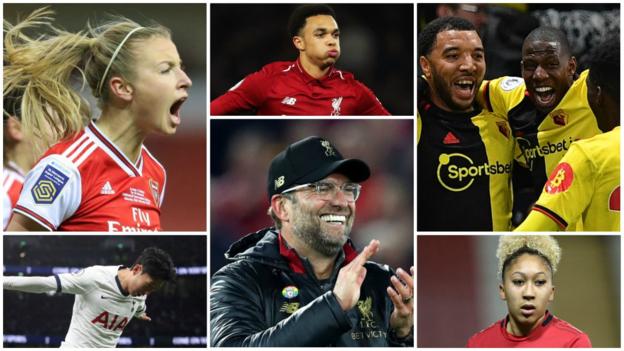 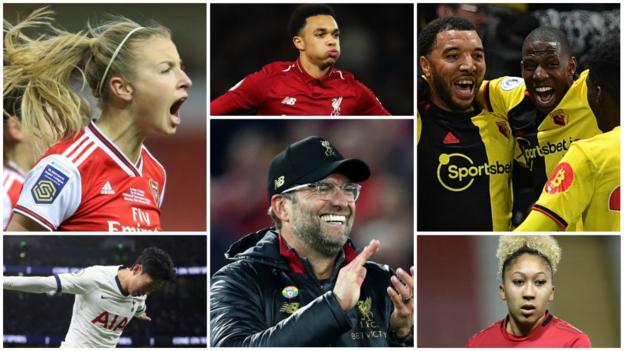 The Professional Footballers’ Association Player of the Year awards for 2019-20 should already have been handed out, with the rest of the footballing honours normally awarded in the next few weeks.

With the Premier League and Women’s Super League still in limbo, as both remain suspended because of the coronavirus pandemic, what is traditionally award season is very much on hold.

So, BBC Sport has decided to take a look at the season so far and given you the chance to vote for your favourite players, moments, signings and much, much more.

With the help of a number of BBC Sport journalists, we have drawn up a shortlist for a number of categories and now want you to vote.

You have until 12:00 BST on Wednesday to register your vote on this page, before we don our glad rags and reveal the winners in an awards day special live text on Thursday.

We know plenty of you will disagree with the contenders and winners, so Thursday’s live text will give you the chance to have your say, while that’s when we also want you to dole out some of your alternative awards via #bbcfootball.