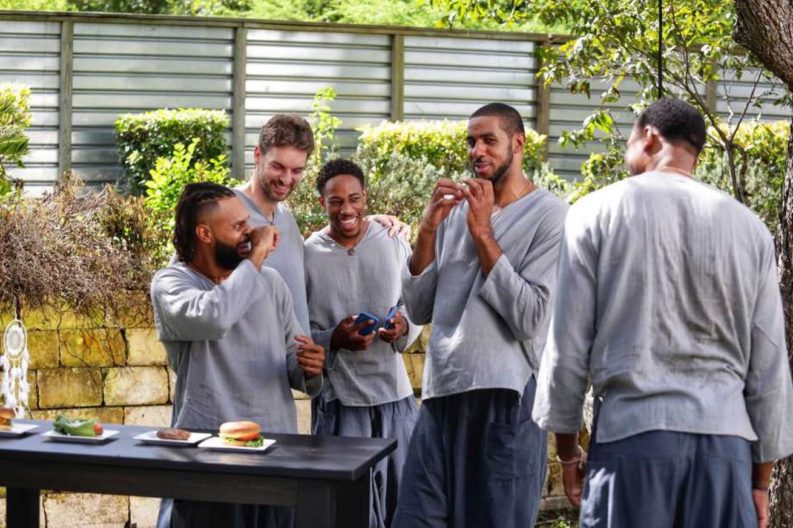 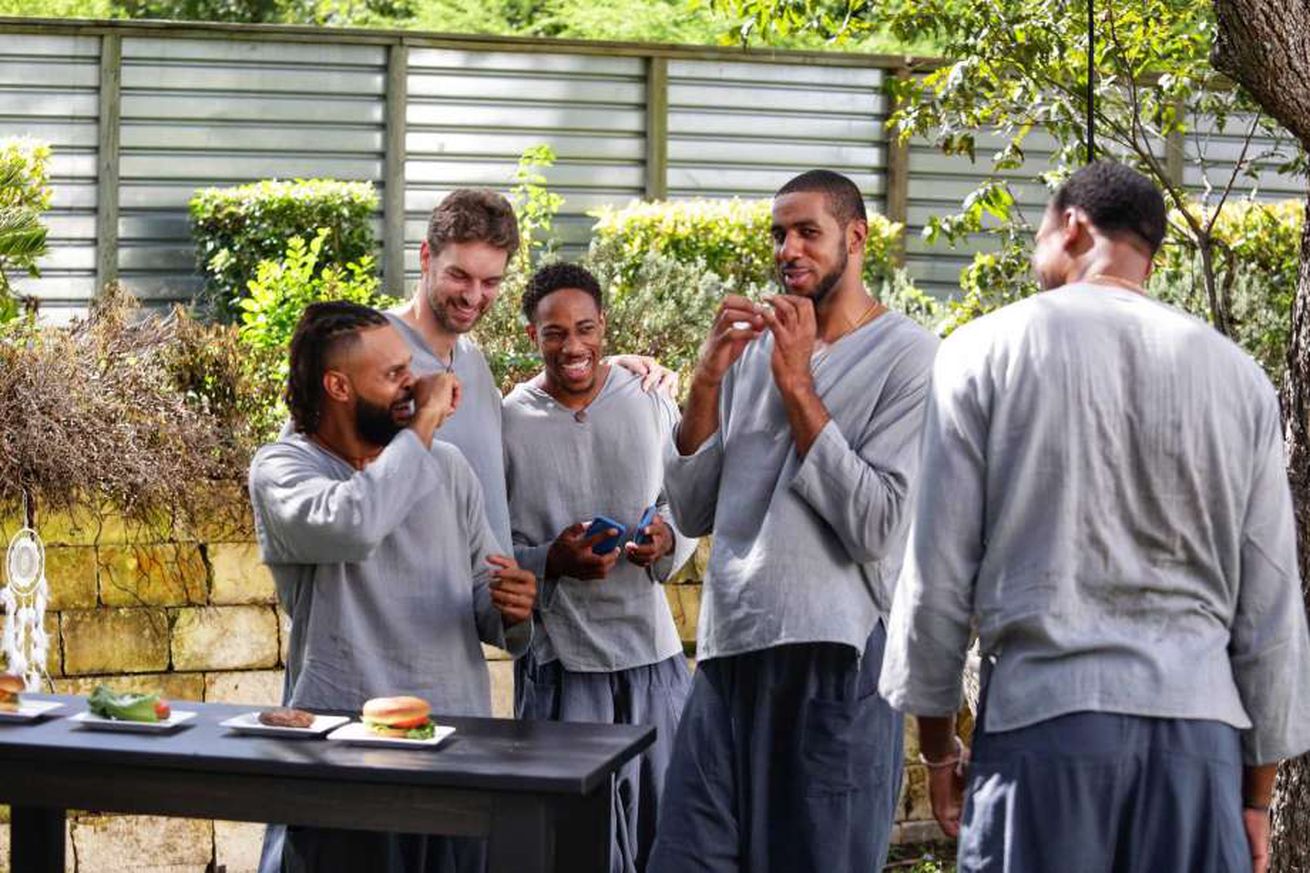 The spots you love to love are back again.

It’s that time of year again, and along with the Spurs season opener, that means it’s time for the first batch of new HEB product commercials. Of course, they’re missing a few familiar and well-loved faces, but I think you’ll find that the sting is lessened a bit with the return of that lovable rascal Patty Mills, as well as a surprisingly pro performance by Rudy Gay, and of course the HEB debut of new San Antonio star, DeMar DeRozan!

Texas Welcome: Things kick off with the theme of a Texas sized welcome for the former Raptor (local breakfast tacos must be an absolute revelation after nine seasons in Canada), and both size and quantity jokes abound, along with an amusing cameo from the Coyote:

Zen Retreat: After the hefty meal featured in the first commercial, the Spurs decide that it’s time to get zen, with straight man Rudy Gay leading a round of meditation and positive affirmation, followed by steaks. Meat jokes are expected, and made. And Patty’s hushed explanation really undersells how much fun everyone seems to have had with this one. DeRozan in particular seems to have really embraced the silly nature of the commercials and gone all out:

Taco Talk: This one is my favorite of the bunch, as it features a mess of excessive alliteration. Honestly, I think it belongs with some of the classics, like ‘Zoodles’. It’s a simple enough premise for a joke, but one that gets a lot of play in how gung-ho the players are in the act of keeping it going. Between involuntary laughter and the difficulty of the wordplay itself, I imagine there were a lot of bloopers for this one:

In any case, it’s great to see our Spurs doing their thing despite all of the off-season hubbub. I’ve always felt like these commercials were an indication of how close San Antonio players are as teammates, and if this batch is any indication of how the newer players are adapting, I’d say it’s clear that the Spurs internal climate hasn’t changed anywhere near as much as outside sources have previously insinuated. Here’s to a new season full of adventure and surprises, and hopefully more of the commercials we’ve all come to love!