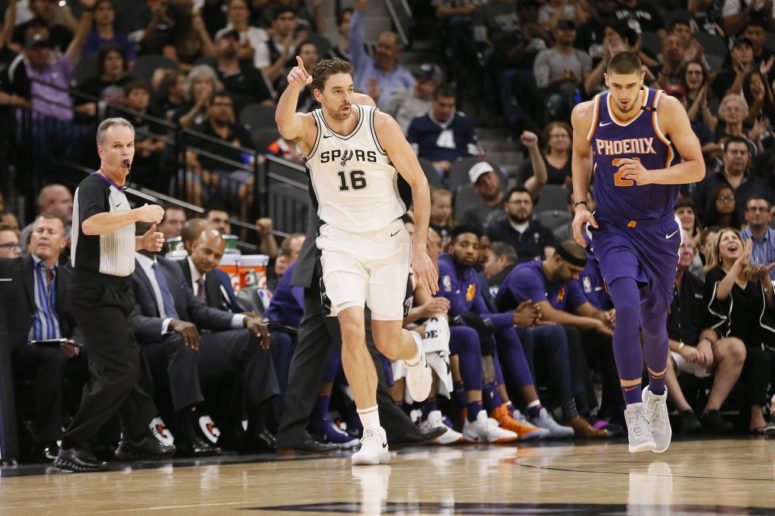 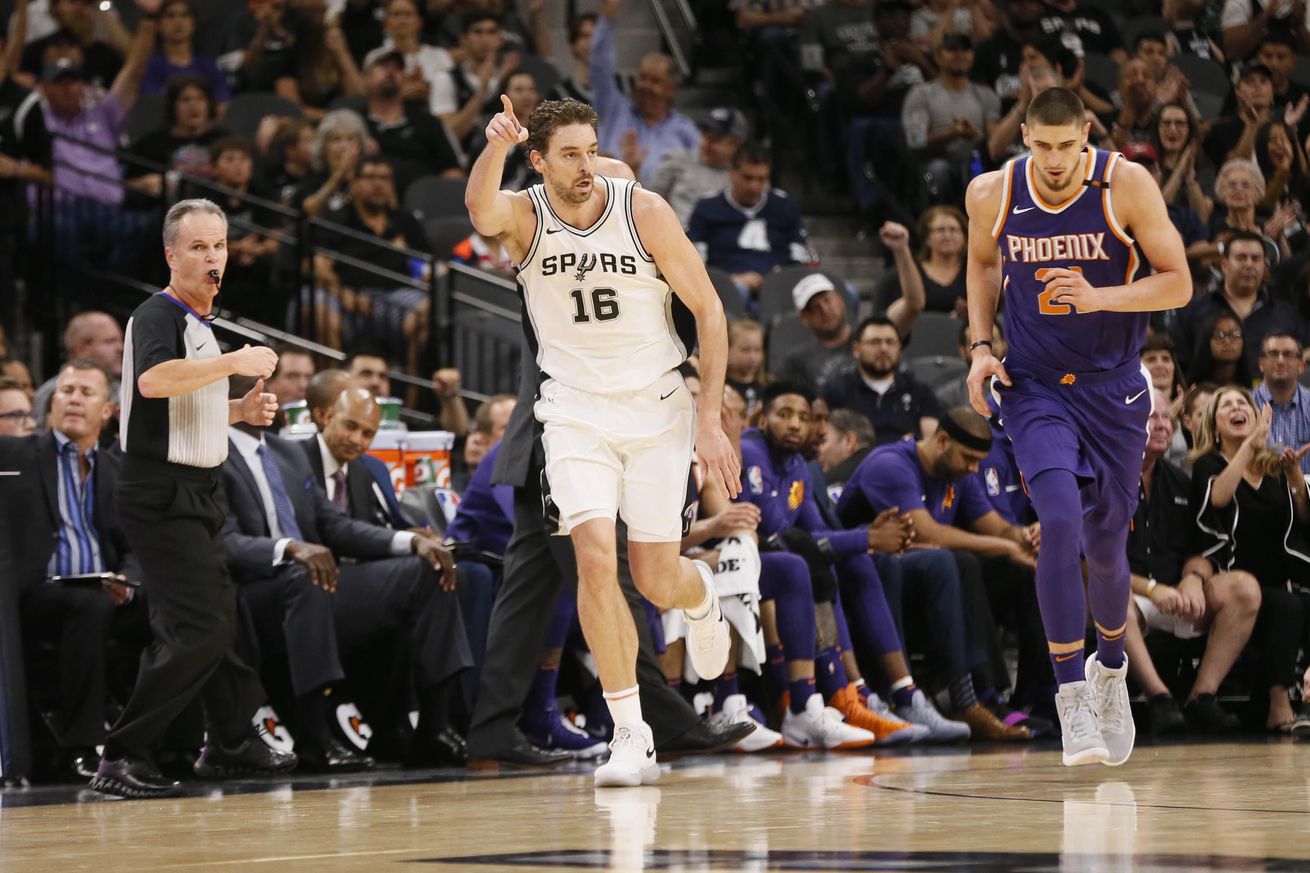 The Spurs won their third straight game on Tuesday, and veteran forward Pau Gasol’s sharpshooting was a big reason why

The San Antonio Spurs won their third straight game on Tuesday night, defeating the Los Angeles Clippers by a final score of 120-107. It was not all sunshine and roses for the Spurs on the evening, but a strong second half offensive performance propelled Gregg Popovich’s club to victory.

It has been a bit of a roller coaster ride for the Spurs, as they continue to try to navigate their tough early schedule without all-star wing Kawhi Leonard. The struggles on the defensive end have been well-documented, but offensively the Spurs have had to make up plenty of ground in the absence of Kawhi.

One veteran that has emerged this year as a more savvy offensive player than ever before is 37-year-old Pau Gasol. For Gasol, aside from leading the team in assist, it’s his emergence as a three-point shooter that’s been paramount to the early season offensive success of the Spurs. First there was his trek to becoming one of the best three-point shooting forwards in the league began last season, but Gasol now has the highest shooting percentage from beyond-the-arc of any player in the NBA since the start of last season (minimum of 100 attempts).

After tonight’s game, Pau Gasol now has the highest 3 point % of all players w/ at least 100 attempts since the start of last season! pic.twitter.com/l8mWzWstwS

In the last 13 months, Gasol is 64-of-124 from three, good for 51.6% shooting which leads the NBA over that stretch. After hitting 3-of-4 attempts from beyond the arc on Tuesday night and finishing with 19 points, Gasol is now 8-of-20 from deep on the season, which is good for a 40% clip.

While the Spurs have only played 11 games, there has been an uptick in Gasol’s three-point attempts per game, moving from 1.6 attempts per contest last year to 1.8 attempts per contest this year. Of course, we have to keep in mind that it is still a very small sample size, and one that could absolutely be impacted once Kawhi Leonard returns to the lineup and commands more of the scoring load.

While Gasol has taken a majority of his field goal attempts from inside the foul line (as he always has), the heat chart shows his propensity, as well as successes, in taking more mid-range jumpers and straightaway threes than in the past. Gasol has been used almost exclusively in pick-and-pop scenarios throughout the first 11 games this season, and he has been proficient in his attempts that largely come from around the free-throw line.

When Gasol has been at his best this season, it has come after he sets a high ball screen and flares to the top of the circle. Pau has canned five of his 12 attempts from that area so far this season, and it seems to be a likely spot for him to continue to gain shot attempts as the season moves forward. While Kawhi’s return should influence how many shots per game Gasol attempts as the year progresses, it is likely that plenty of opportunities will still be available for Pau to continue being a major difference-maker on the offensive end of the floor.

The pick-and-pop and high screen-and-roll game figures to be present all year long, and Gasol’s emergence as a strong three-point shooter should only make the Spurs a bigger, better threat offensively throughout the rest of the season.