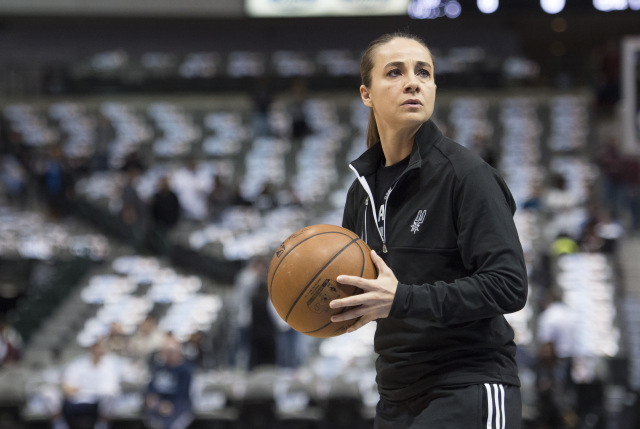 If it was up to Gregg Popovich, history might not have been made at this year’s NBA All-Star Game.

When the league called him to ask him to coach to the Western Conference All-Star team, he didn’t want to go. Which means that Becky Hammon wouldn’t have become the first woman to be an assistant coach in an NBA All-Star Game.

But she — and the rest of the coaching staff — intervened.

“A couple of other staff members (and I) wanted to do it of course because it’s a once-in-a-lifetime opportunity for us and eventually he gave in and did the league wishes (and agreed) to coach. I think he was trying to make other plans so there was a little mini-coup in the staff of assistants that wanted to go to Toronto and then of course he wanted to go and do whatever he does.”

So what does Popovich do in his spare time? A lot, said Hammon, that has little to do with basketball: Reading, for example……Read More

Source: Becky Hammon on being the first female NBA All-Star assistant: ‘Life just has a funny way of just getting better’ | For The Win