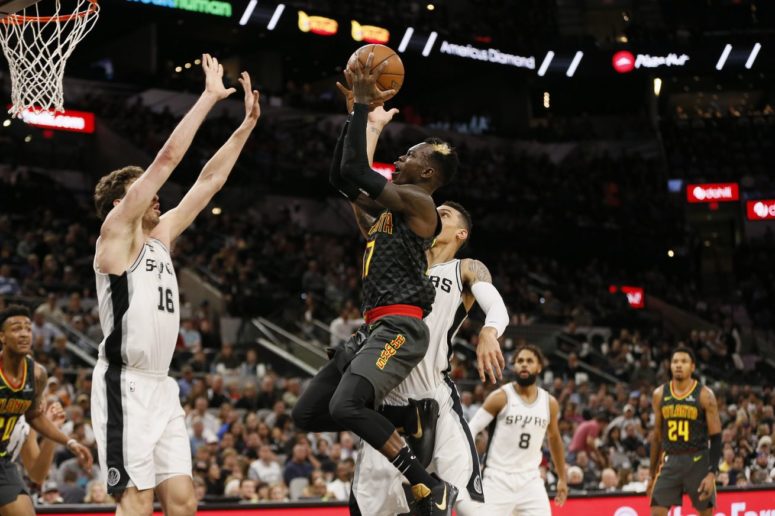 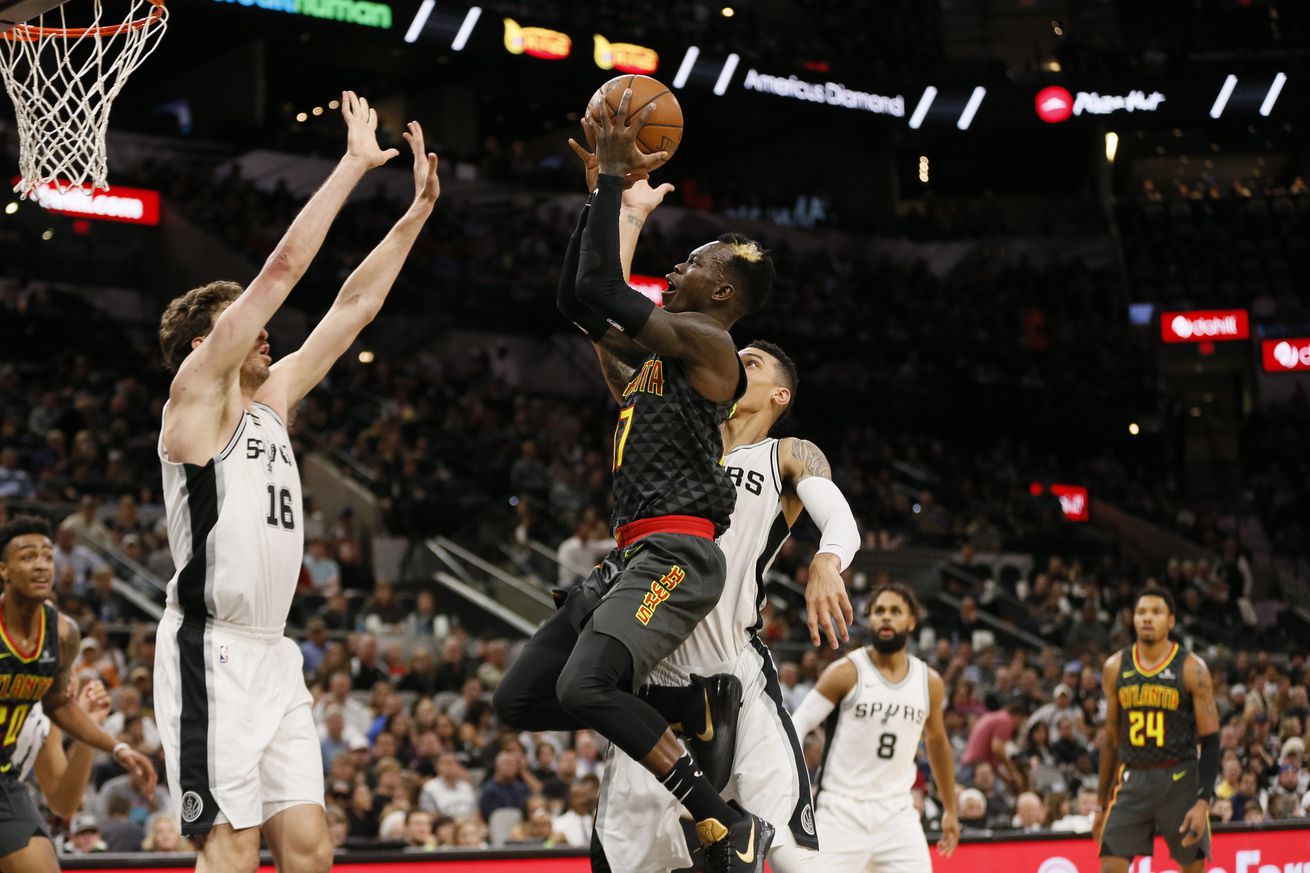 The Spurs took care of business against the Hawks in the fourth quarter.

The Spurs allowed the Hawks to stay close for most of the game with some lackadaisical play and careless turnovers, but LaMarcus Aldridge’s dominant play inside wore out the Hawks late as they took care of business and finished them off in the fourth quarter. Kyle Anderson was a stabilizing influence as he took over ball handling duties for much of the second half and organized the Spurs offense as they dismantled the Hawks.

LaMarcus Aldridge opened the scoring for the Silver and Black with a midrange jumper. Both teams were ice cold to start the game with the Spurs leading 6-2 after 4 minutes. The blistering scoring pace continued as the Spurs led 11-7 halfway through the quarter. A mini run, capped with a Dewayne Dedmon three-ball put the Hawks up 15-12. Marco Belinelli and Manu Ginobili traded baskets as the quarter ended and the Spurs led 24-22 after the first 12 minutes.

The Spurs offense got untracked in the second quarter as the Silver and Black built a 14 point lead with a Patty Mills triple and a Manu steal and breakaway layup. The Spurs went cold for the last few minutes of the quarter as Taurean Prince led a mini-comeback for the Hawks and the Spurs led 46-38 at the half.

As the third period got underway, bad pick and roll defense from the Spurs led to a John Collins dunk and an early Popovich timeout. But the sloppy play from the Spurs continued and the Hawks closed the lead to one on a Kent Bazemore deep shot. Kyle Anderson’s defense and passing led to good shots for his teammates, but the shooting of the Hawks kept them close. Ersan Ilyasova’s three-point shot cut the lead to one, but Kyle gave the Spurs a little breathing room with slow motion scoring spree at the end of the third to give the Spurs a 7 point lead. A buzzer beater layup from Prince cut into the lead and the score was 70-65 Spurs after three.

The turnover monster raised its ugly head as the final quarter began and the Hawks turned Spurs mistakes into Hawks points and cut the lead to one again. But a Kyle recovery of a loose ball led to a sweet pass to Manu for a triple. LaMarcus blocked Bazemore on the next trip and dunked the ball on the other end to put the Spurs up 78-71 with just under 9 minutes left. LaMarcus dominated inside as the Spurs continued to pound the rock, but turnovers kept the Hawks in it as the Spurs could not extend the lead. But back-to-back Tarheel Triples from Danny Green finally gave the Spurs a double digit margin with just under 3 minutes. The Spurs took care of business as the clock ran out and they won 96-83.

Here’s some rock and roll for you. John Hodgman is more of a story teller than a rock star, but this is such a great song. Keep that radio on.

The Spurs head to the Crescent City to face the Pelicans and their dynamic duo of Anthony Davis and DeMarcus Cousins Wednesday at 7:00 pm. See you in the game thread.