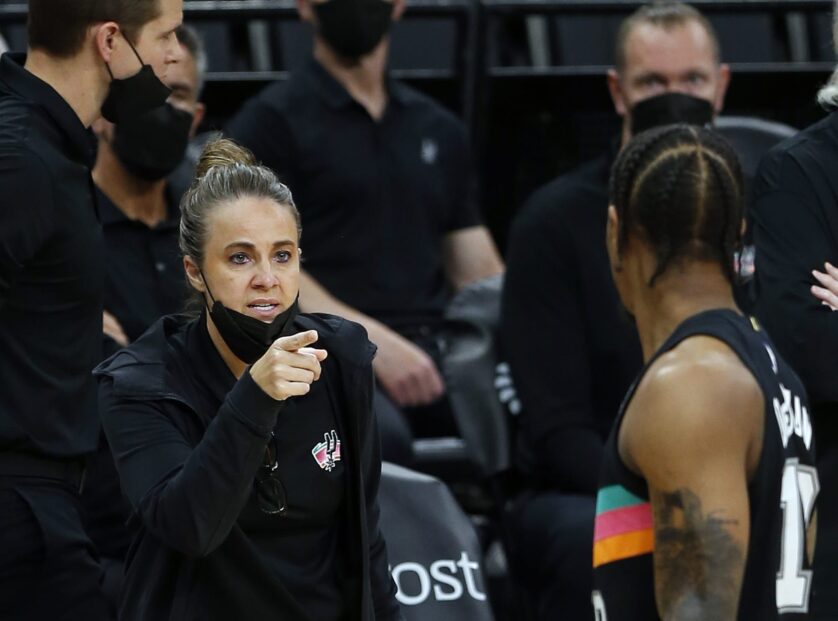 When I saw the San Antonio Spurs climb to 22-16 in March, I’d have a hard time being convinced their upcoming nine-game homestand would be their undoing. After the last 10 games, now it’d be hard to convince me this team can turn things back around.

Whether it’s the impossibly tough schedule, injuries, lack of execution, or the team “looking fried,” there’s no denying there’s something wrong in the Alamo City. Their 2-7 homestand now has them at 24-24 this season, two games above the 10th-seeded Golden State Warriors.

San Antonio is now just 2.5 games ahead of the New Orleans Pelicans, who are sitting outside of the play-in seeds at 11th. Oh, and the Spurs still have the second-toughest schedule remaining in the NBA.

As the Spurs hit the road again to try to save their season with one-third of it left, I can’t help but start looking toward the future as this team continues to show its inconsistencies. But in some good(?) news, with their recent skid, suddenly San Antonio has appeared in the lottery pick sweepstakes:

An unfamiliar position for the San Antonio Spurs

Last season was the first time the Spurs had a lottery pick since Tim Duncan in 1997. Fortunately, they appear to have knocked it out of the park with their selection of Devin Vassell, who has extraordinary two-way potential.

Currently, Tankathon’s Mock Draft has the Spurs selecting 14th and taking 6-10 power forward Isaiah Jackson out of Kentucky. Jackson averaged 8.4 points, 6.6 rebounds, and an impressive 2.6 blocks per game as a freshman.

As we all know by now, though, it’s hard to apply mock drafts to this organization. San Antonio will likely end up with a name no one was expecting once again, and he’ll likely be declared one of the steals of the draft.

As the season starts to wind down, we’ll have more coverage of potential prospects and guys to keep an eye on that could fit well with a healthy, rested Spurs squad.

Until then, it may be best to temper your expectations of this season’s results while still looking forward to getting a full, healthy roster and lots of help this summer.