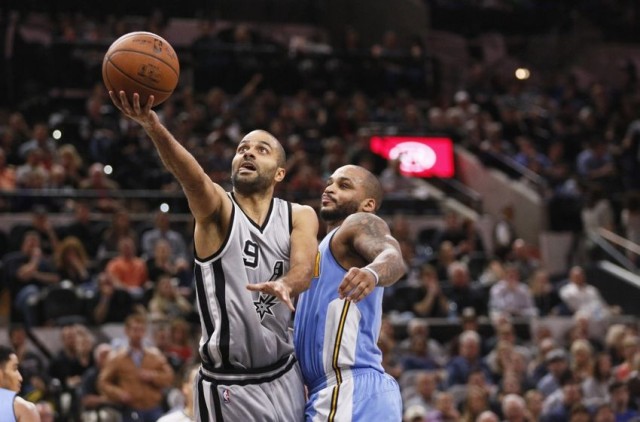 Tony Parker and the Spurs shook off their Christmas blues in impressive fashion Saturday night, downing the Denver Nuggets 101-86 without Tim Duncan and Manu Ginobili. After missing all three of his shots from the field in a scoreless first quarter, Parker tallied 13 points on 6 of 8 in the second period and notched two steals, a jolt that helped the Spurs outscore the Nuggets 34-22 for a 56-42 halftime lead after they had trailed by one point with just under 10 minutes left in the half. Parker didn’t score the rest of the way while logging limited minutes, but it was an impressive recovery from his miserable two-point, 1-of-7 performance Friday night in Houston, where the Spurs had their season-best seven-game win streak snapped. The Rockets downed the Spurs 88-84 in a nationally televised contest that came two days after Parker expressed his displeasure with having to play on Christmas. “I wish I was home, to be honest with you,” said Parker, whose poor performance contributed to the Spurs posting their lowest-point total of the season while shooting just 40.9 percent. In improving their record this month to 12-2, the Spurs became the first Western Conference club to begin 17-0 at home since the……Read More

Source: As Parker bounces back, so do the Spurs – San Antonio Express-News