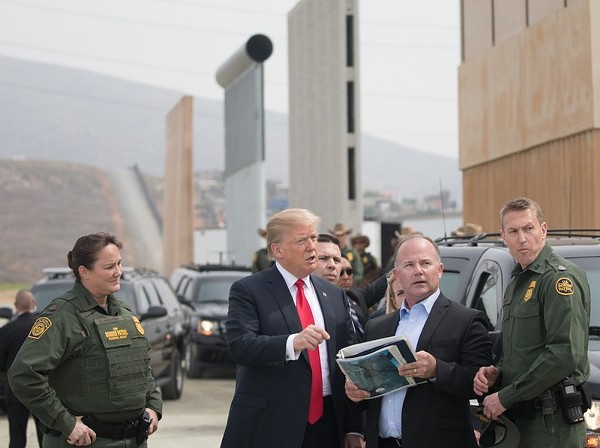 With impeachment proceedings underway this week, President Donald Trump will visit South Texas Tuesday to talk up a completed stretch of the border wall that was a key promise of his 2016 campaign.

Trump will appear in the Rio Grande Valley town of Alamo to commemorate completion of a 400-mile stretch of the wall, which he erroneously claimed Mexico would pay for, the Associated Press reports.

Most of the new fence was constructed in places that already had smaller border barriers, according to the AP. As it sought to speed up the work, the White House approved the destruction of vulnerable wildlife habitats and building on Native American land, according to the report.

Last week, Customs and Border Protection’s acting chief said the agency wants to award contracts for 300 new miles of barriers before Trump leaves office, making it harder for the incoming Biden administration to halt the work.

House Democrats plan to introduce at least one article of impeachment against Trump on Monday for “incitement of insurrection” related to the violent coup attempt staged by his supporters last week at the Capitol.

“I think he’s got much bigger issues than coming over and seeing his 14th century solution called ‘The Wall,'” U.S. Rep. Henry Cuellar, D-Laredo told Mission’s Progress Times newspaper. “But, as you know, he started his campaign attacking Mexico and building the wall and all that. And I think he wants to end his term the same way.”