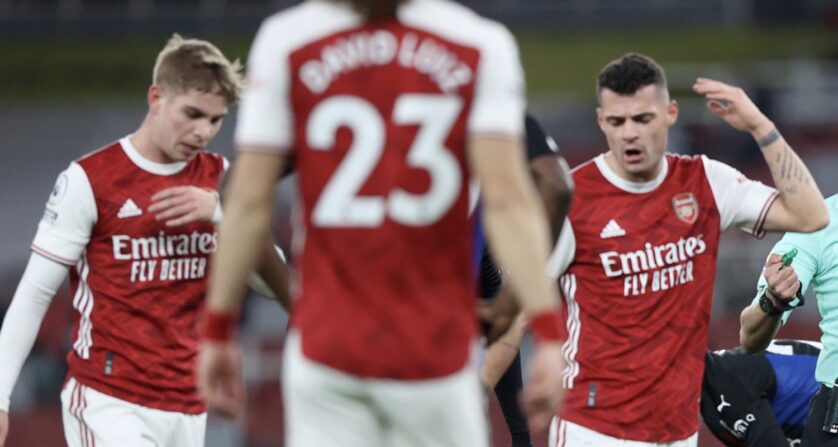 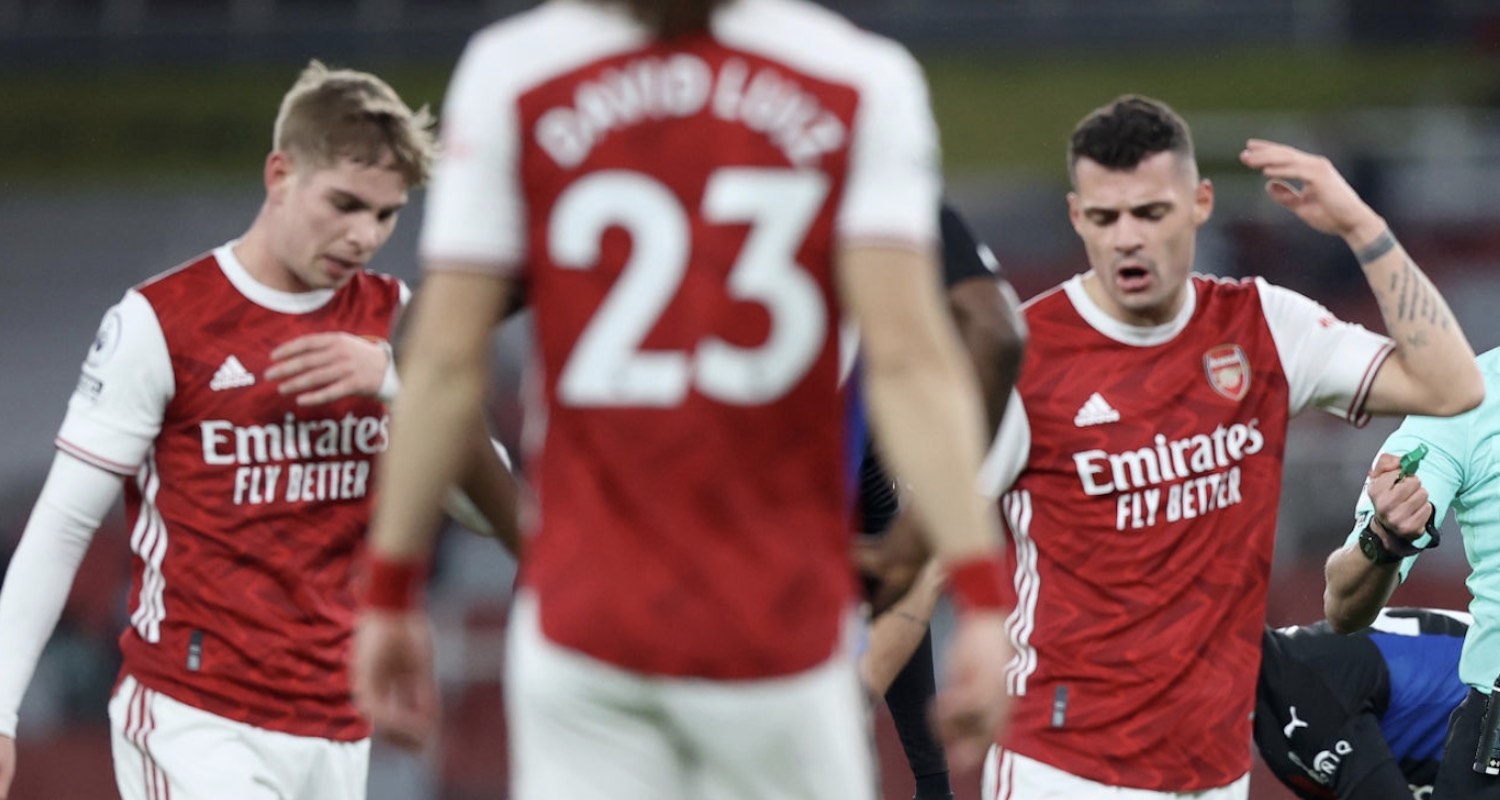 No, I’m sorry to tell you cannot get those 90 minutes of your life back.

Our winning run came to an end last night, but if we’re seeking any positives this morning this does feel like the kind of a game that we’d have found a way to lose just a couple of weeks ago. Scant comfort, I know, but a clean sheet and the return of Thomas Partey after a month and ten games on the sidelines with an injury are what we’ve got to cling to this morning.

The absence of Kieran Tierney from the starting line-up was notable, and the initial reports that it was precautionary due to ‘muscle tightness’ made some sense. The post-game revelation that the Scot is due to have an MRI scan (not sure on what) are much more worrying. And look, it’s too easy to say that with Tierney we’d have won, but given the form he’s in he’d have given us a lot more down the left hand side than Ainsley Maitland-Niles who, it’s fair to say, struggled last night.

As I mentioned a couple of days ago, he and Cedric are both capable of filling it at left-back, and while I’m certainly not pining for Sead Kolasinac, last night was an indicator that natural cover for that position is working its way up our priority list when it comes to the transfer market. Clearly there’s a bit of difficulty in attracting a decent player who knows he’s basically going to understudy Tierney for most of the season, but it still doesn’t alter the fact it’s something we need.

Nevertheless, I thought we started quite brightly, Ceballos pinging some nice passes around, but without being particularly threatening. There were some moments where, with a bit more composure and quality having worked our way into the final third, we should have caused Palace more problems than we did. They sat off, defended well, stayed organised, but we completely lacked the kind of spark we had against West Brom. I thought they quite cleverly cut off passing lanes to Emile Smith Rowe, which meant the connecting role he’s been playing was basically absent.

Palace grew into it. Zaha did that thing he does in every game he plays where he rages at every single foul committed on him (I think of him as Popeye and that behaviour as his spinach), and late in the half they could very well have gone ahead. James Tomkins hit the bar with a header, and Bernd Leno made an absolutely brilliant save from Christian Benteke after the striker out-jumped David Luiz.

Just a quick note on the Brazilian: his passing was decent, as it generally is, and he completed 5/10 attacking third passes too. I just find it frustrating that he holds onto the ball so long. When you’re facing a team like Palace who are well drilled and only need a couple of seconds to reorganise and get back into their shape, the quicker you move the ball the better. Luiz ambling forward with it, gesturing at others to move into space that has now been filled by an opposition player, then playing the simple pass he could have made 5 seconds earlier drove me mad last night. He plays at his own pace, rather than at the pace the game requires. It’s not to pin the result on him or anything, just something worth highlighting, I think. It’s a kind of seniority based luxury/arrogance we can ill afford in games such as this.

Ahead of him, Granit Xhaka had a mad game. Genuinely. He made a brilliant clearance in the second half to prevent a Palace goal; his 26 attacking third passes were substantially more than any other Arsenal player; he made 13 ball recoveries; and some of his tackling was superb. There was a brilliant challenge in the box to deny Zaha, he won all of his aerial duels, made 3/3 clearances and 6/6 tackles. Yet probably half of those tackles were necessary because he gave the ball away. I cannot fault his commitment, because he worked hard to make up for those errors, but I can’t really remember a performance like that before.

Having had just two attempts on goal in the first half, the second was much better with 9, although only two were on target. It didn’t click for us the way it has. Nicolas Pepe came on and didn’t make any significant difference to us as an attacking force; the service to Lacazette and Aubameyang was limited and too often the captain was hugging the touchline – another consequence of being without Tierney, I think. There were a couple of decent set-piece deliveries, and that was about it.

As I said at the top, the fact we got 20 minutes or so into the legs of Thomas Partey was good to see. As you might expect there was a little rustiness to his game, but we’re going to need him so his first step on the comeback trail is a real positive. Beyond that though, there’s not a great deal to like. If you were being kind you might say it was a performance that felt informed by the 120 minutes against Newcastle, but having seen a bit too much like this so far this season, it was all frustratingly familiar. I think we have to give credit to a Palace side who made life difficult for us, but we clearly didn’t reach the levels of the last few games, and that’s on us.

I am disappointed because we wanted to win the game but I think the draw is a fair result, because we lacked some presence and some quality in the final third to win tonight.

I’ve been as encouraged as anyone by the four wins, but perhaps last night was just a little reality check. A reminder that there’s still plenty to do in order to achieve the kind of consistency you need at this level to win game after game. With Newcastle coming to town again on Monday, the manager will need to produce a better performance from his team if we’re going to take three points against a side that held us to 90 scoreless minutes less than a week ago.

Right, James and I will be recording an Arsecast Extra for you this morning. As ever if you have questions or topics for discussion, send to @gunnerblog and @arseblog on Twitter with the hashtag #arsecastextra – or if you’re on Arseblog Member on Patreon, leave your question in the #arsecast-extra-questions channel on our Discord server.

Pod should be out around mid-morning, until then, take it easy.