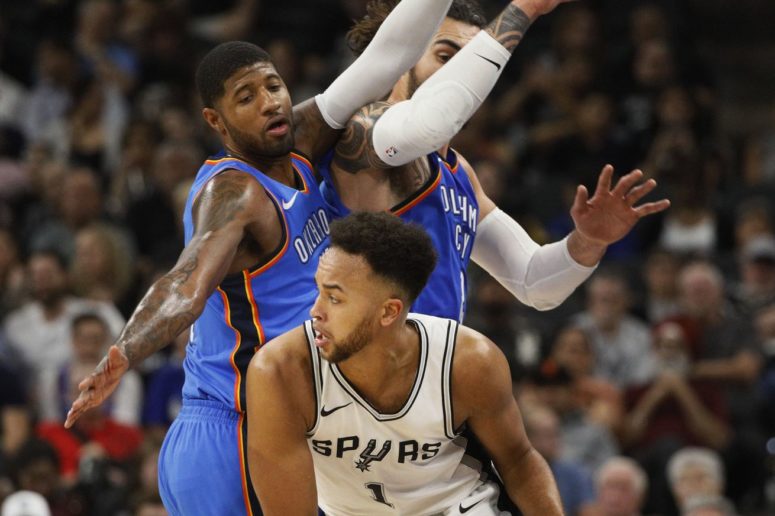 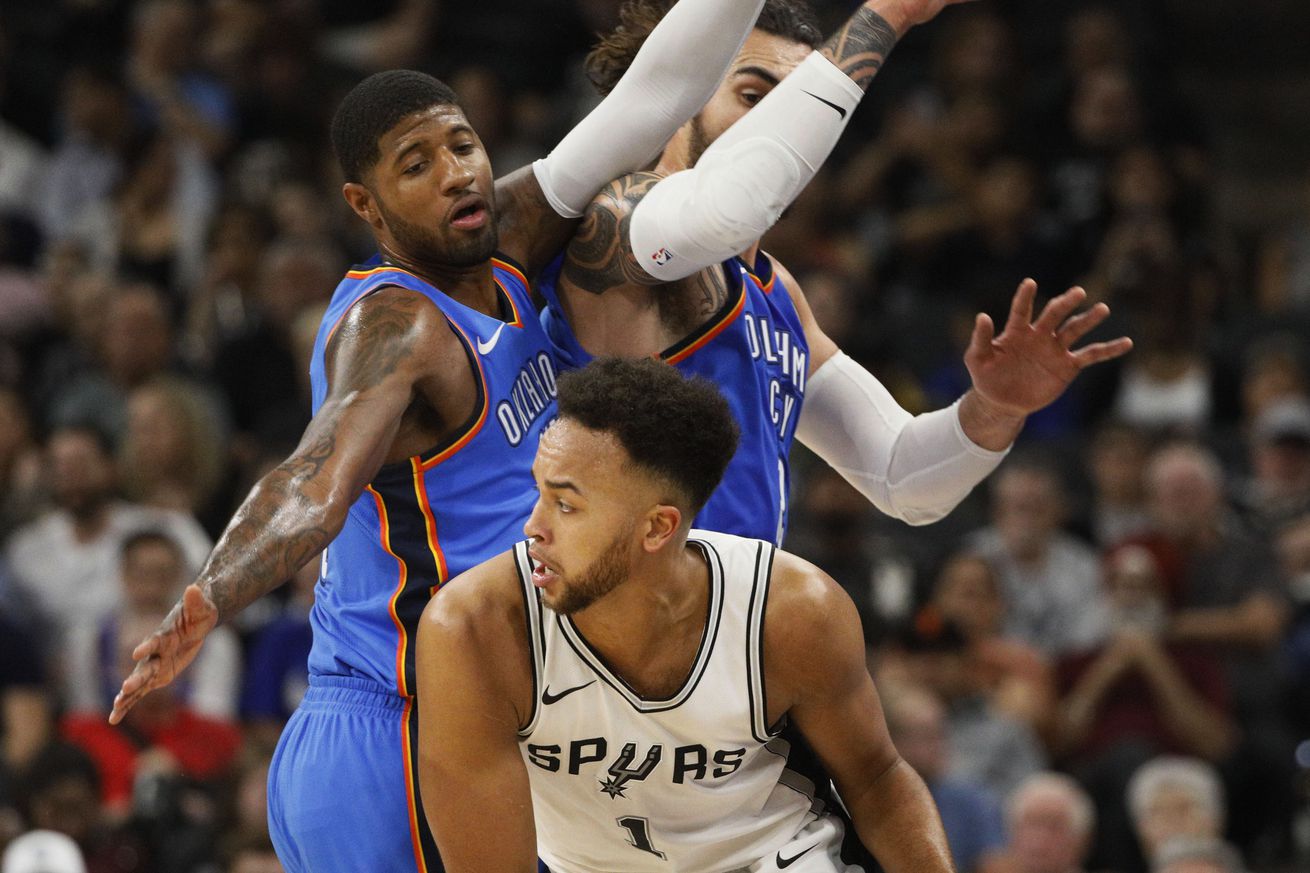 Even with his methodical pace, there’s a lot to Kyle Anderson’s game you might miss without slowing things down.

Kyle Anderson remains something of a curiosity in the basketball world, a unique player whose effectiveness occasionally eludes explanation, even as he contributes to a 10-6 Spurs team that’s played through a rash of early injuries.

In his fourth season, the forward is averaging 8.3 points, 6.3 rebounds, 2.6 assists and a block per game, all career highs, while shooting a career-best 50% from the field. He’s been tasked with guarding everyone from Kevin Durant to Paul George to Karl-Anthony Towns, while assuming a greater role on offense to help fill the playmaking void left behind by Kawhi Leonard and Tony Parker. Following the Spurs’ thrilling comeback win over OKC, he was asked what he attributed his strong performance to:

“It’s just getting back to playing my game, which may not be the fastest, but it’s my speed and it’s how I want to play.”

Take this play in the second quarter versus the Thunder, which begins off a Danny Green dribble drive.

As Green is met with help defense from Anderson’s man, he pulls up. Anderson is already cutting, and Paul George has his back turned. Anderson has been one of the Spurs’ most frequent cutters, and he’s gotten a number of buckets this year simply by remaining active off the ball.

Anderson doesn’t leak out to the three-point line, though, because he’s not much help there. He’s averaging 0.4 attempts from beyond the arc per game. Instead, he finds his spot by a hashmark, some fifteen feet from the basket and receives the pass.

George is late to rotate back, and Anderson gets him to bite on a pump fake.

Anderson slinks into the lane, where he’s met by Carmelo Anthony, with Steven Adams also lurking nearby. Assuming a normal release from Anderson, Melo rises up only to catch a handful of air as he attempts the block. Adams may assume the same, but he also has to worry about the pass to LaMarcus Aldridge down low.

Anderson is by no means a high-flyer, but, since necessity is the mother of invention, he still finds a way to buy himself more time in the air by folding his legs in.

That’s why, when he lands, his knees remain bent, his arm extended, and not a single Thunder player seems to know what to do.

And here’s the play in real time.

One of the many fun buckets from last night’s win, courtesy of some Kyle Anderson wizardry pic.twitter.com/oVgFZi0I4H

Plays like this are more of a common occurrence right now, both because of the greater opportunity Anderson’s had, but also with added aggressiveness to his game. He and Pop both know what he can bring on a nightly basis; opponents, however, are still slowly figuring it out.