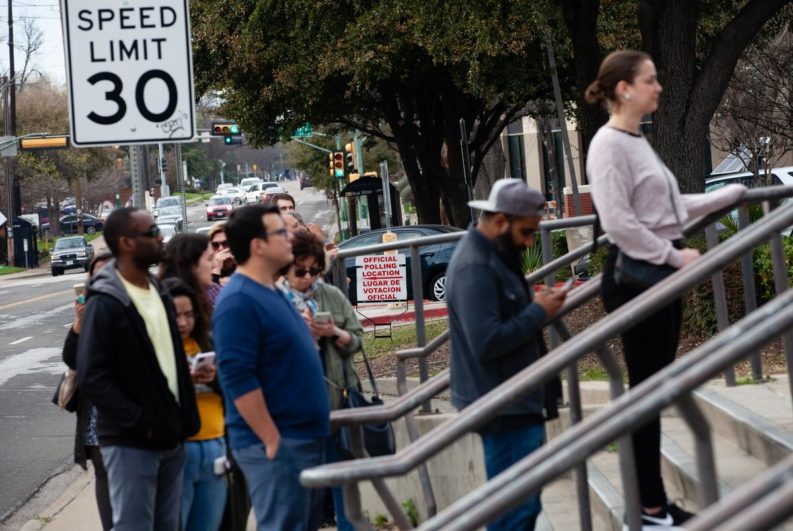 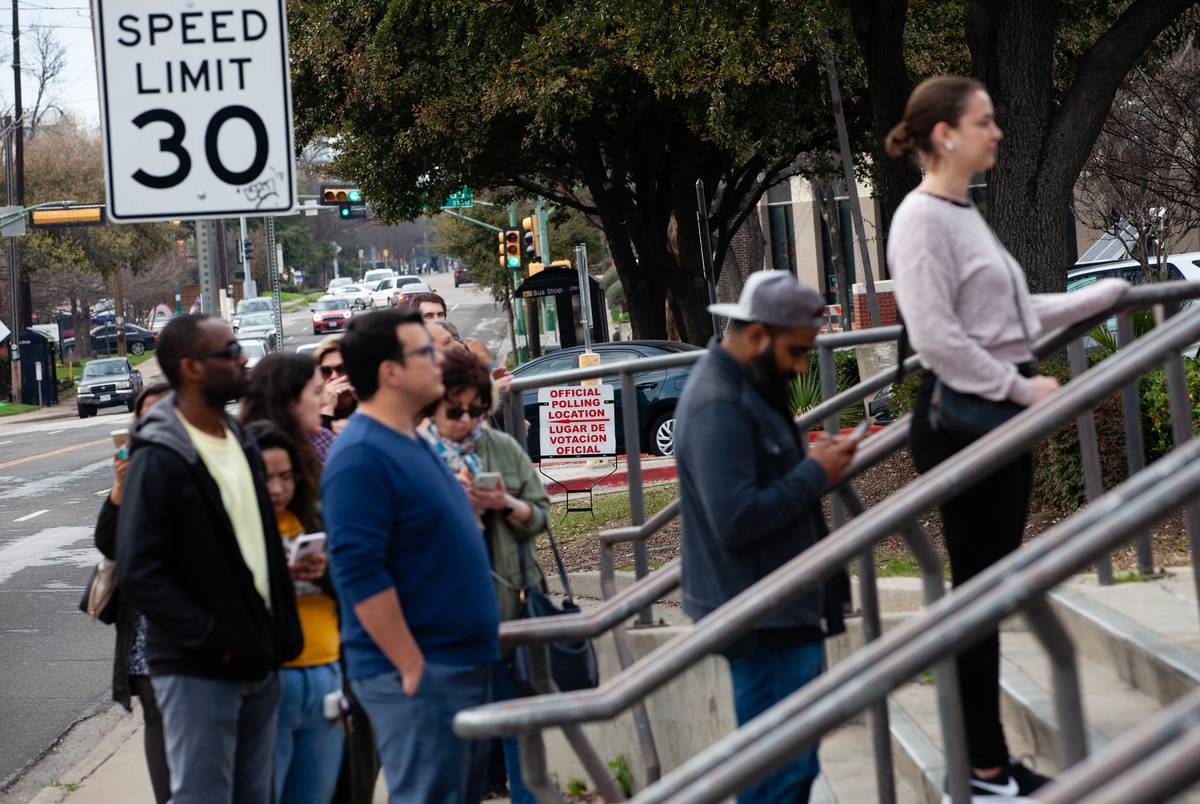 The government is about to administer an IQ test. Ready? Would you rather vote by mail from your own home, or stand in line with a bunch of other masked registered Texas voters and risk falling victim to the coronavirus?

“I think people have a legal right to vote in person,” Gov. Greg Abbott said in response to a reporter’s question about this at a news conference last week. At the time, Abbott was sitting more than 6 feet away from the other speakers there, a sign that he is aware of the hazards.

How to vote in a pandemic might seem like a straightforward problem. But it’s wrapped in politics, colored by decades of partisan barking about which type of voting helps which party more.

And it’s tangled up with one of the fundamental rules of electoral politics: It is difficult to get elected politicians to make big changes to the voting systems that put them in office in the first place. That’s true in redistricting debates. It’s evident in resistance to attempts to change the electorate by, say, making it easier to vote.

And in places where voting by mail isn’t the norm — Texas is one — the idea of switching from lines of coughing voters to millions of envelopes full of ballots is threatening to some.

But it’s the wrong conversation to have right now. The fight of the moment isn’t about voting. It’s about the new coronavirus.

It’s plainly ignorant to tell people to stay away from one another and then to require them to gather in their precincts to cast votes.

Jim Malewitz, a former Texas Tribune reporter who now works for Wisconsin Watch, was on hand this month when that state required many of its voters to line up or shut up. He tweeted a Kenosha News photo of a voter outfitted for the occasion. You shood go look.

Voting by mail is well established in other states, but you don’t have to look far to find politicians — Republicans in particular — who think it’s a bad idea. Start right at the top, with President Donald Trump, who voted by mail in the last election: “Republicans should fight very hard when it comes to statewide mail-in voting. Democrats are clamoring for it,” he tweeted Wednesday. “Tremendous potential for voter fraud, and for whatever reason, doesn’t work out well for Republicans.”

U.S. Sen. John Cornyn recently told Politico that the matter should be left to the states — not to a federal solution. And he sounded nonchalant about the risks, saying that if voters “can go to the grocery store they can go to the polls.”

The U.S. mail is good enough for the census. And by the way, Texas residents’ 42.2% early response rate to the 2020 census is better than the turnout in a lot of the state’s elections.

It’s easy to get lost in the partisan back-and-forth. There are arguments, debunked by election experts, that voting by mail is more vulnerable to fraud. And some argue, with some evidence, that it could be difficult to handle a vote-by-mail election without big investments in voting processes.

That last one is just a good reason to start early instead of waiting until September to make some decisions.

This works in other states. Five — Colorado, Hawaii, Oregon, Utah and Washington — do all their voting by mail. Other states allow voters to opt in, voting by mail all the time instead of going to the polls and standing in line.

Maybe it’s not the IQ of voters we’re testing here.