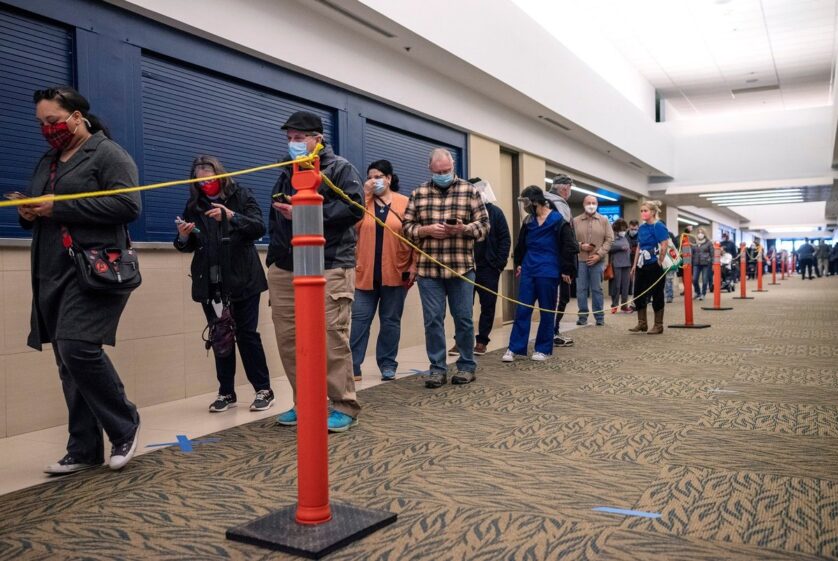 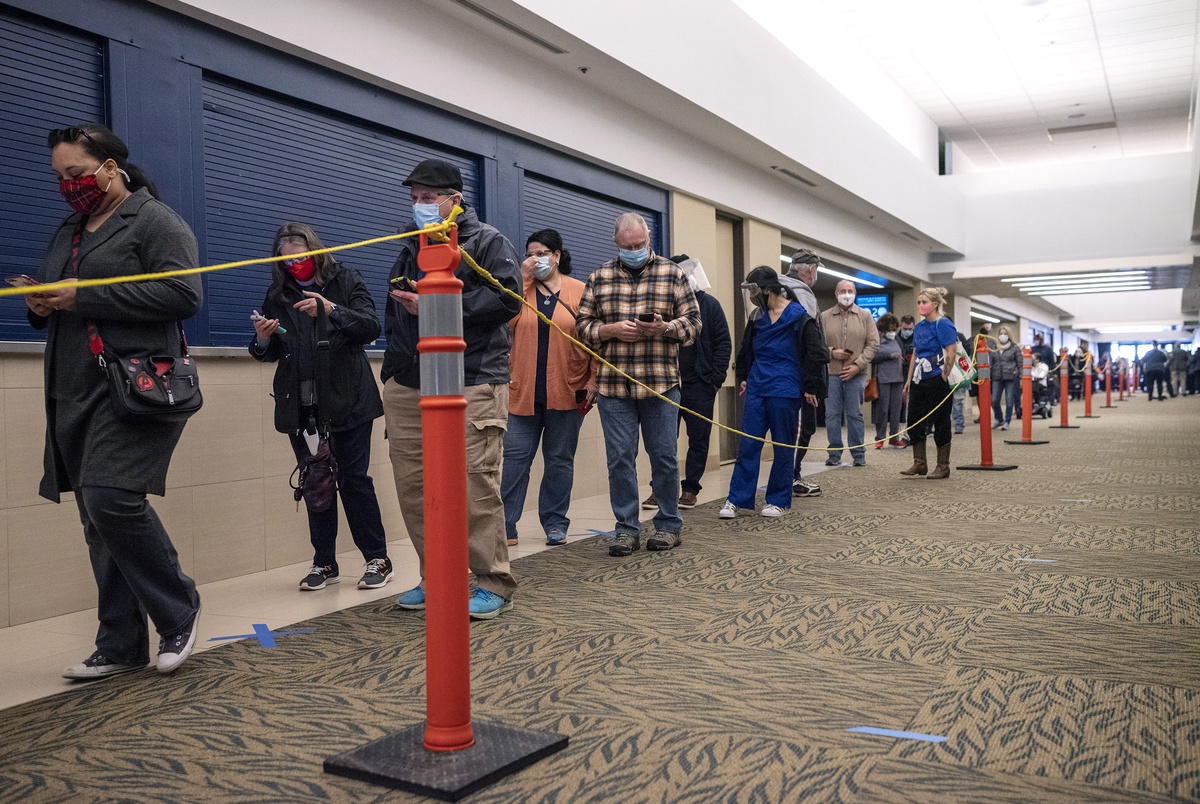 Before you know it, attention will turn from “there aren’t enough vaccines for the people who want them” to “not all of the people who ought to be vaccinated are getting their shots.”

But not yet. Texans are struggling with a gaping mismatch between supply and demand, a jangle made much worse by the state’s decision to open eligibility to millions more people before it had millions more doses of the vaccine.

These aren’t PlayStations or chess sets; the clamor for vaccines isn’t a sign of commercial success. Like the waits for unemployment benefits, food banks or COVID-19 testing, it’s a sign of a pandemic that is once again overwhelming our institutions.

The first shipments of vaccines landed in Texas last month, with plenty of caveats that they would only be available to front-line workers until enough were available to let the rest of us into line. The Centers for Disease Control and Prevention had a list: health care and nursing home workers first, then “essential” workers, followed by adults with high-risk medical conditions and those who were 65 years old or more.

It started slowly and optimistically. At the same time, the pandemic numbers were rising; cases and hospitalizations were starting to stress the state’s medical infrastructure. State officials wanted to speed up vaccinations, fearing that, as Gov. Greg Abbott put it in a tweet, “a significant portion of vaccines distributed across Texas might be sitting on hospital shelves as opposed to being given to vulnerable Texans.”

As they pushed providers to administer vaccines as quickly as possible, also urging them to use all doses in each vial before they spoil, the state also expanded eligibility for the shots to everyone in the CDC’s first three groups except for essential workers — effectively quintupling the number of Texans permitted to get in line.

As state officials hoped, that speeds up the use of available vaccine. It also strains a system that wasn’t ready for that kind of demand, which is why we’re all hearing about doctors, clinics, drug stores and so on without enough doses for everyone in line.

The latest official declaration came Thursday from the Texas Department of State Health Services: “Vaccine remains limited based on the capacity of the manufacturers to produce it, so it will take time for Texas to receive enough vaccine for the people in the priority populations who want to be vaccinated. The supply is expected to increase in the coming months, and additional vaccines are in clinical trials and may be authorized by the Food and Drug Administration.”

The governor has been tweeting a good game, pointing out that Texas has used a greater share of available doses — 35.5% of about 1.4 million doses shipped, according to Bloomberg, and almost 40%, according to the state’s vaccine dashboard — than some other big states. Only 28 million more Texans to go! They’re opening hubs where large numbers of people could be vaccinated. More vaccines are on the way.

COVID-19, in the meantime, has risen to levels even higher than the summer peaks and health officials expect another rise following the holidays. A new coronavirus strain — one that is potentially more contagious — has been reported in Harris County, after cases appeared in the United Kingdom and in several other states.

With a legislative session starting in less than a week, some Democratic state lawmakers are pressing the governor and state health officials to overhaul the distribution process. Texas doesn’t have all of the vaccines it needs, but by its own measure, it also hasn’t used even half of the vaccine doses it has.

It’s bumpier than it ought to be, especially because the federal and state governments in charge of distributing vaccines have known for months that they’d be doing this as soon as the drugs were developed.

Wouldn’t you have thought developing vaccines for a novel coronavirus, and in record time, would be the hard part?