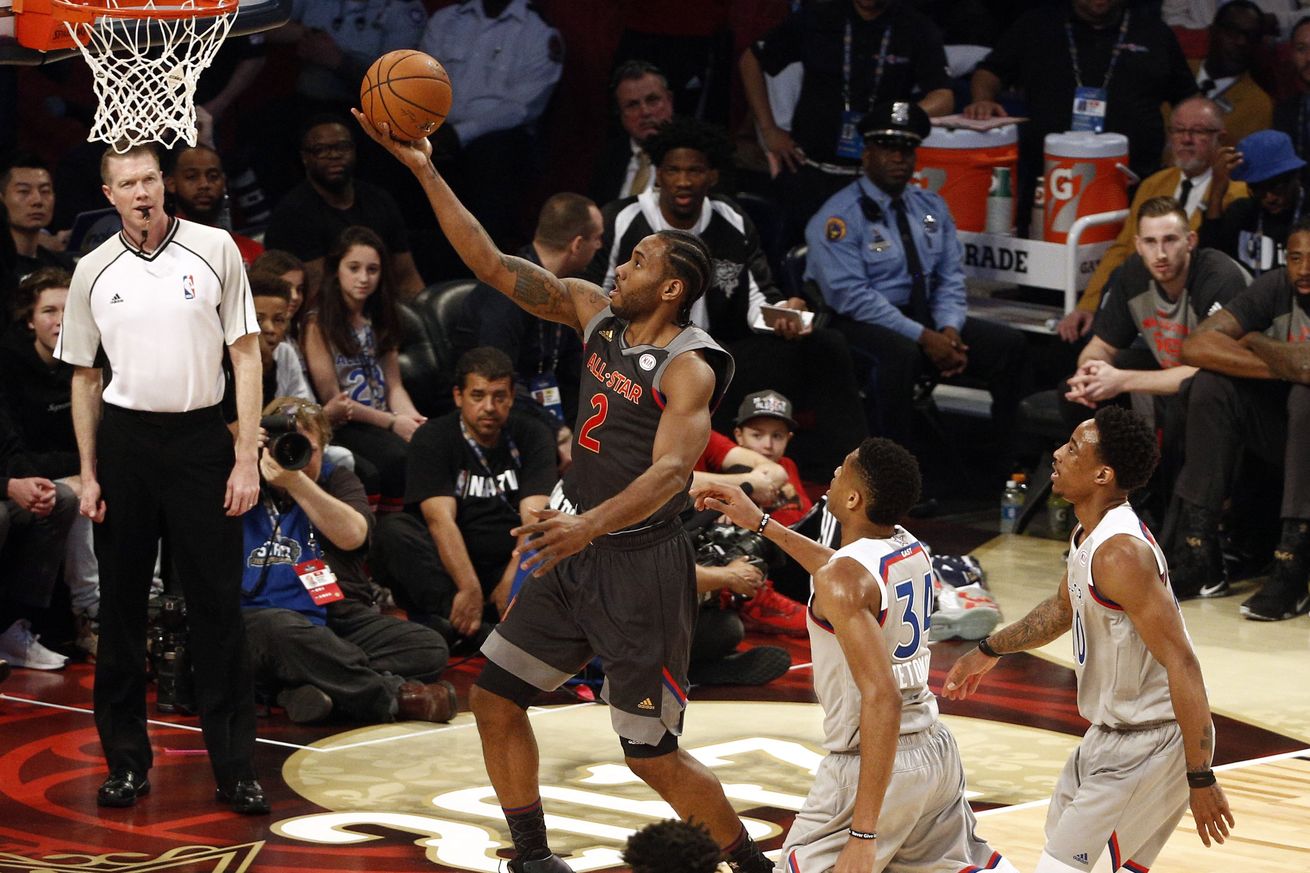 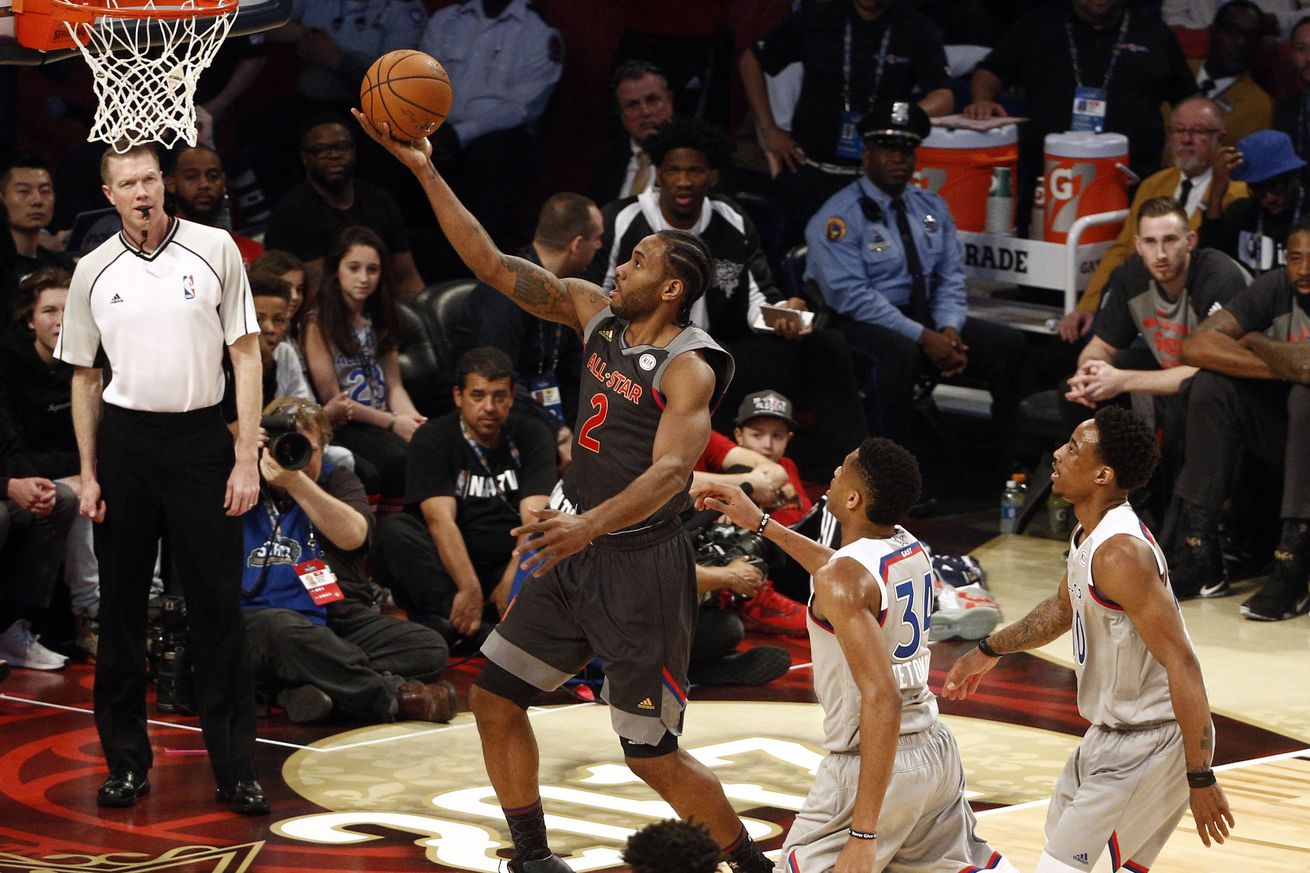 Well, that was an eventful weekend. There were some NBA-related events in New Orleans involving a couple of Spurs, a ridiculously high scoring game that gave me a new appreciation for defense, and something else happened. I can’t quite put my foot on it, but it’s dominating the headlines for some unknown reason.

Anyway, here is a roundup of all things Spurs related to help you bide your time until the Spurs return to action Friday to take on the Clippers at the Staples Center.

Jonathon Simmons played for Team USA in the Rising Stars Challenge on Friday, and while his team didn’t come away with the victory, he put on quite the showcase of his skill set with energy, hustle, dunks, and his signature move: a chase down block. His final stat line was 19 points, 4 rebounds, 2 assists, and 1 block. Enjoy “The Juice” while you still can, because he’ll be a restricted free agent this summer and just might be pricing himself out of the Spurs’ price range.

Kawhi Leonard participated in his second straight All-Star game last night. His main highlight was probably the only instant of defense that was played all game: a steal-and-slam. Other than that, he was mostly nonexistent and only played 15 min (and not at all in the second half), which is pretty low for a starter, and finished with 4 points, 2 rebounds, 2 assists and a steal.

While it’s pretty much understood that that’s all the playing Kawhi wanted to do, there are conflicting reports over why (not that it matters). Steve Kerr said Kawhi was a little banged up and only wanted to play 15 min, while Leonard said he did not mention wanting a minutes restriction but was happy to let Anthony Davis take the limelight in front of his own fans and even encouraged him to break Wilt Chamberlain’s scoring record. Regardless, he had fun, and that’s all that matters.

David Robinson was at All-Star weekend to help judge the Slam Dunk Competition, and he also attended the NBA Legends Brunch, where he was named Humanitarian of the Year by the NBRPA (National Basketball Retired Players Association).

Sensing the end may be near for the legendary Argentinean who helped popularize crafty passing and unselfishness, there was plenty of praise to go around for Manu Ginobili in New Orleans. If Kerr, James Harden, or Isaiah Thomas has anything to say about it, Manu should have no trouble getting into the HOF the instant he becomes eligible.

With the trade deadline drawing ever so near and that thing that’s eating up the headlines putting it front and center, Kawhi doesn’t believe the Spurs need to make any changes.

Jeff McDonald over at SAEN took the time to grade all the Spurs players at the official (but technically past) midway point of the season.