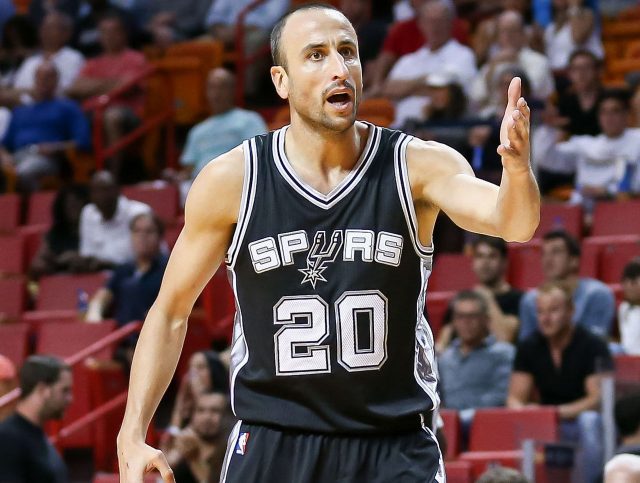 Manu Ginobili announced he was returning to the NBA for a 15th season in a blog post Sunday, but the unrestricted free agent never mentioned the San Antonio Spurs by name.

Most expect the soon-to-be 39-year-old to re-up with the only NBA team he’s ever played for, but Ginobili’s agent was speaking like an agent Sunday.

“Obviously, his first choice is to come back to the Spurs if we can put together a good deal,” Herb Rudoy told the San Antonio Express News’ Jeff McDonald. “If you look around the league, there is a lot of money going around for lesser players than Manu.”

The series of hometown discounts that Ginobili has given the Spurs in years past could be outdated in a world where Tyler Johnson, with 68 career NBA games under his belt, might make $12.5 million a season.”Manu is very aware of what the market looks like, and the Spurs are very aware,” Rudoy added.Ginobili made $2.8 million last season before opting out……Read More