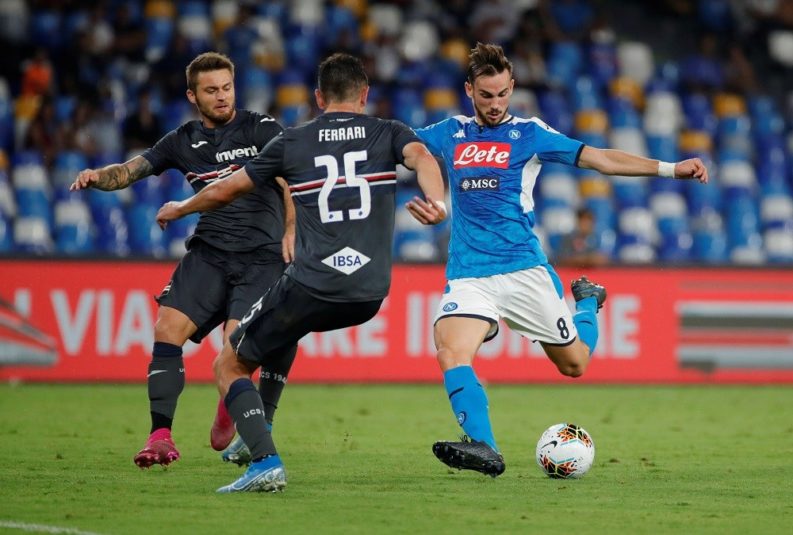 The agent of Napoli midfielder Fabian Ruiz has confirmed that he is aware of interest in the Spaniard from a number of major European clubs.

Manchester City, Liverpool, Barcelona and Real Madrid are all said to be tracking the 24-year-old and speaking about the player’s future, Alvaro Torres said that there a number of teams circling:

“A few months ago, we decided to leave the issue of Fabian’s contract to one side. We can return to it at the end of the season. It’s understandable that some of the big clubs in Europe are interested and have been asking about him.”

“He’s spent the last three years playing at a very high level, he’s managed to lock down a first choice place in the Spanish national team – something that isn’t easy to do with the competition there is, he was the best player at the Under-21 Euros.”

“The way he has been evolving, it would be strange if they weren’t interested.”

Ruiz is a technically gifted player, who can play in a number of different positions, and both of those characteristics would mean he would perfectly suit Pep Guardiola’s brand of football.

The Spanish international’s current contract expires in 2023 and with an asking price said to be north of £50m, it will take a major effort from City to secure a deal for the player.

David Silva’s departure in the summer may well prompt the Citizens into finding a replacement, although many fans believe that youngster Phil Foden should be given the shot of replacing the club legend.