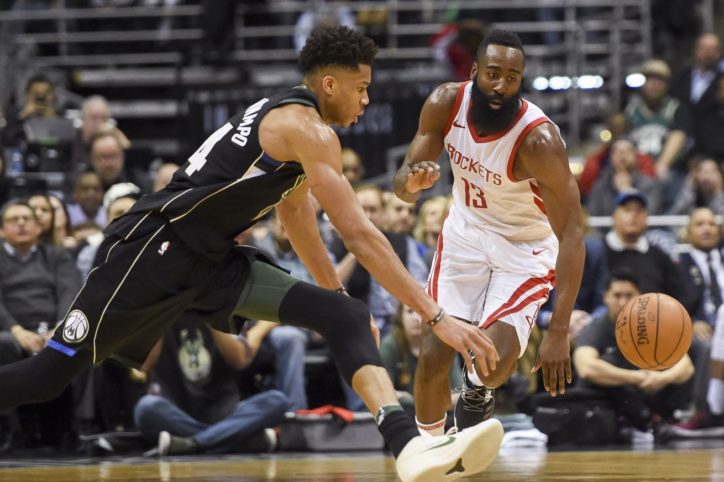 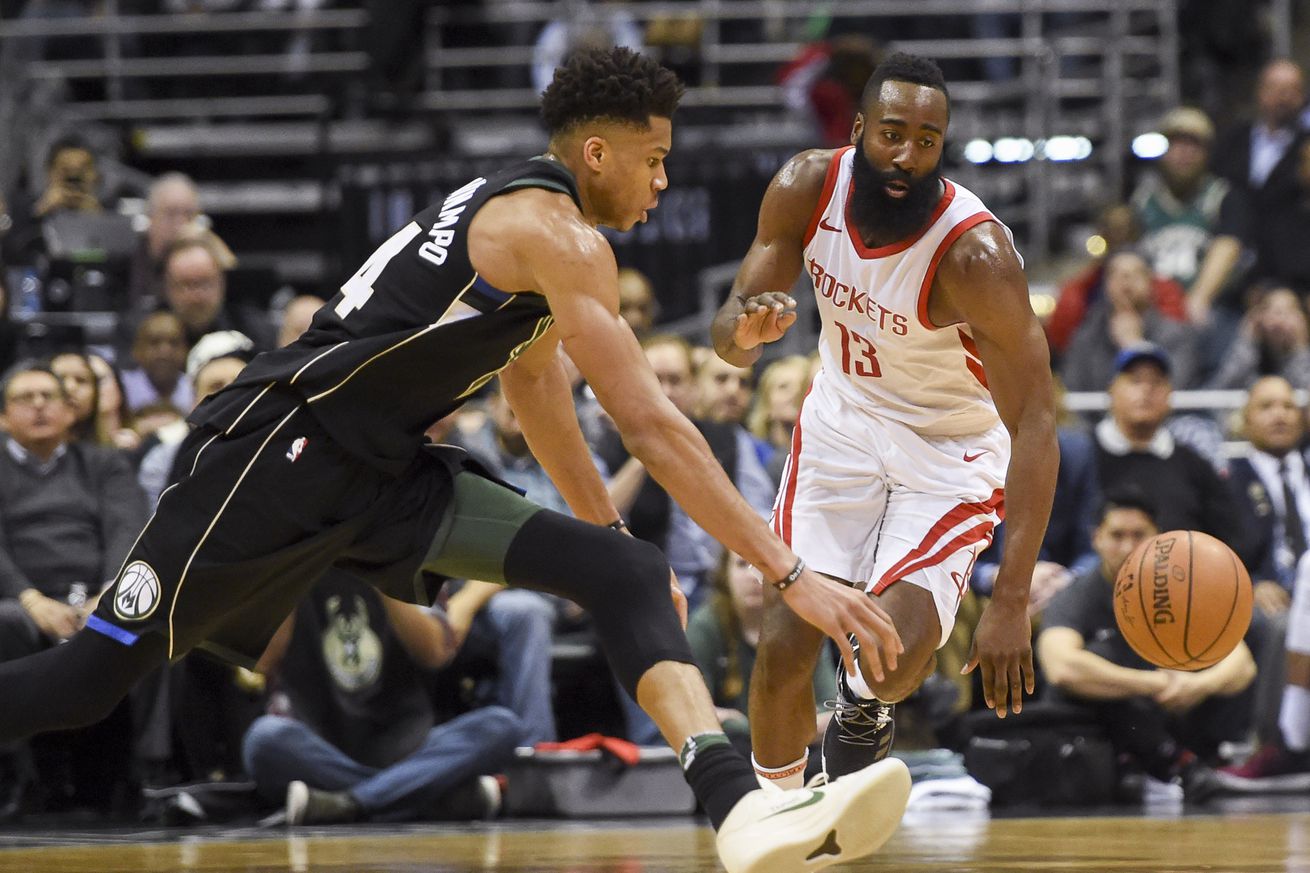 Looking back at the 2018-19 season while seeing hope for the future.

With the awarding of awards Monday night, we can pronounce the 2018-2019 season officially over. The big award, the MVP, went to the Giannis Antetokounmpo, who set a record as having the most difficult to pronounce and spell name of any MVP award winner ever, surpassing Tim Duncan, Larry Bird and Bill Russell.

I thought James Harden was the true MVP, but I wanted Giannis to win because Houston’s offense was so unpleasant to watch — including for the four others Rockets on the floor with Harden. Each of them spent much of the shot clock standing around watching Harden dribble between his legs back and forth, and forth and back, and back and forth again. If the rumors out of the Rockets’ locker room are to be believed, Harden’s dribbling is threatening Chris Paul’s ability to function rationally anywhere other than on a State Farm commercial.

The first time, in the Beautiful Game Spurs rout of the Miami Heat, Kawhi fouled out of the final game. I wondered at the time if he was the first Finals MVP to foul out of the deciding game. This time, against the Warriors, Kawhi had a negative plus-minus in the deciding game. I wonder if that has happened before for a Finals MVP. (I checked on Kobe Bryant’s 6 for 24 final game against the Celtics in 2010, after which he won the Finals MVP ahead of Pau Gasol. In that Game 7, Kobe’s plus-minus for that game was zero, not negative.)

As for the Spurs, this fan would describe the end of the Spurs’ season as mildly satisfying. Our two stars played well, Patty Mills had a fine season, both basketball-wise and as de facto team leader replacing the Big Three, Rudy Gay was solid, and several youngsters, especially Derrick White, Bryn Forbes and Jakob Poeltl, exceeded expectations. And of course, Marco Belinelli did a bunch of wacky Belinelli stuff. I would have liked the Spurs to win Game 7 in Denver, primarily because of the valuable playoff experience those youngsters would have gained by playing in four or more additional intense playoff games.

But considering I thought the season was over before it began when Dejounte Murray suffered his season-ending injury, the Spurs’ ability to make the playoffs — and then extend a talented Nugget squad to seven games — leads to the “mildly satisfying” description. And to that, I would add the word “hopeful”. This season has allowed me and others to be hopeful about the Spurs’ future.

Finally, as is now a tradition, like “One Shining Moment” at the end of March Madness, I will end this season with a list of Favorite Memories. Some from the distant past, some from the recent present.

I have replaced some past favorites with new ones, but the list will begin with the identical “favorite thing” that led off the list for the last several years. Of course, that “favorite” has a bittersweet feeling to it now, but it absolutely remains one of my favorite memories, and I am hope it remains one of yours. Unfortunately, it will only be a memory going forward, not to be repeated or replaced:

Kawhi Leonard D’ing up on LeBron, or Durant, or Westbrook, or Curry, or Harden or whoever else Pop sends him after,

Jerry West dribbling hard right and pulling up for a jumper,

The Spurs Beautiful Gaming the Miami Heat off the floor in the Redemption Finals,

Robert Horry spotting up in the last minute of a playoff game,

Steph Curry sprinting around the court, and around screens, looking for any opening to catch and shoot a 3,

DFish bellying up on a guy who is bigger faster quicker and more talented (even though Tony still dominated him),

Magic Johnson in the middle of a break dishing this way, wait, no, that way,

Patty Mills taking a charge, or sprinting over to help a teammate to their feet after they took one,

The Great Duncan blocking a shot, controlling the ball, and throwing the long bounce outlet pass,

And in honor of the NBA champion Toronto Raptors – Jurassic Park celebrating.

Yep, those are my favorite things. Enjoy summer! How soon does the Summer League start?

A Spurs fan’s view of the 2018-19 season and beyond
Source: Pounding The Rock