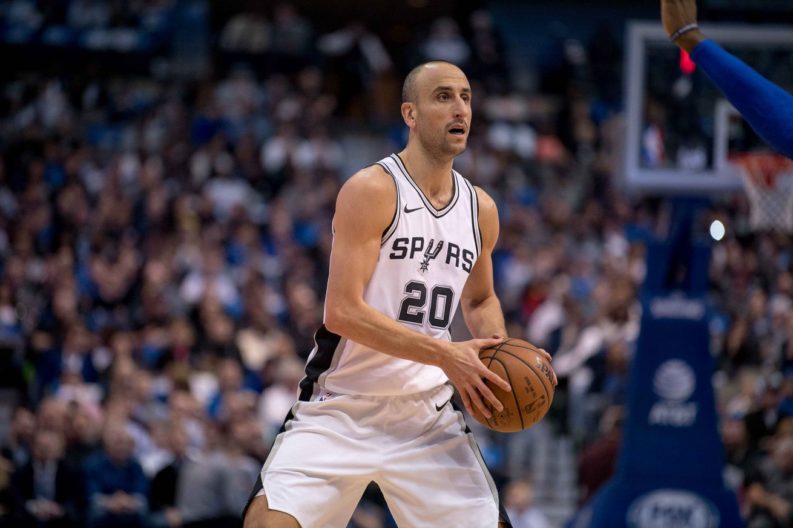 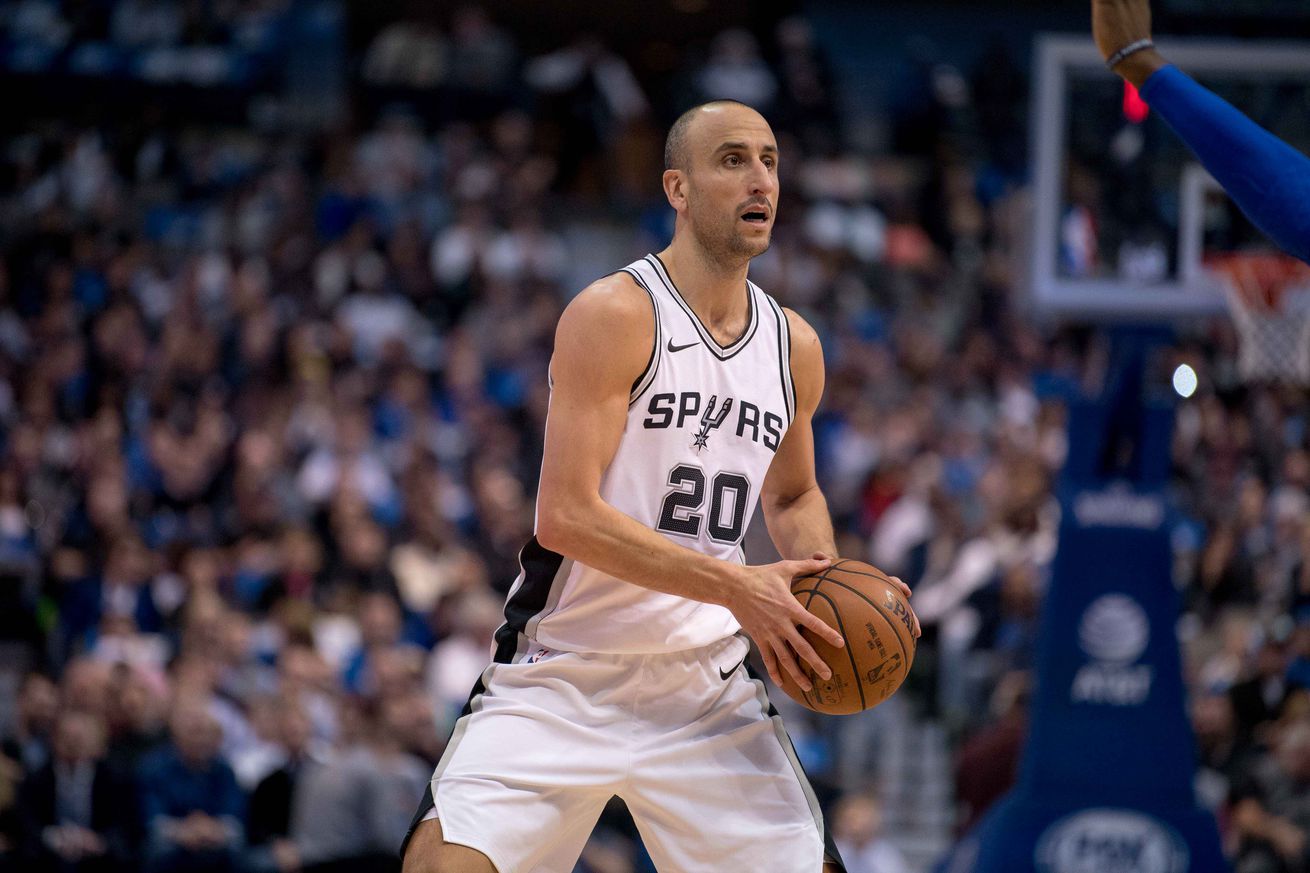 Manu’s resurgence has been the best Spurs story halfway through the 2017-18 season. Here’s how the 40-year-old is getting it done.

Stats have never really captured the Manu Ginobili Experience, which is by nature a visceral, unquantifiable thing. It’s effort and ingenuity, begetting emotion, begetting hyperbole, the type of cascade that has made him a singularly spectacular player to both watch and write about.

But numbers do tell a story of their own, and one look at Manu’s this season compared to last should help affirm your own emotional valuations of what the Argentine is doing at age 40. Counting stats aren’t meant to trend the other way at this stage of a player’s career:

The Spurs have been short-handed for much of this season, and they’ve needed every ounce of prediction that Ginobili’s squeezed out of his increasingly lean frame. He’s been a stabilizing presence in the half-court, a voice on the sidelines, and the difference in the many contests that have gone down to the wire.

Here are some other numbers that help provide an outline for Manu’s very excellent season.

84th percentile (as a ball-handler in the pick and roll)

That’s the percentile where Ginobili currently sits among ball-handlers in scoring situations. His reliability and proficiency in the pick and roll has been essential for a Spurs team that’s lacked in off-the-dribble scoring and shot creation in games where Tony Parker and Kawhi Leonard has been out.

Last season, Ginobili averaged two pick-and-roll possessions a game. This season it’s nearly double that, leading to more opportunities for Manu to set up teammates (like Pau Gasol) and more chances for him to get all the way to the basket.

Which brings us to our next number…

As one might expect from an athletically diminished 39-year-old guard, Ginobili’s 2016-17 season saw a big dip in his ability to score around the basket, as he hit only 45% of his shots in that area.

Not only is Ginobili is getting to the rim way more this season (he’s already made more shots at the rim this season than he did in all of 2016-17); he’s upped his efficiency significantly — to an above-average (in a pool that includes players in their teens, 20s and 30s) 61.5%.

That’s just incredible, and it’s a testament to the kind of shape Ginobili has kept in to elevate around guys half his age and finish through contact.

It’s not just the handful of big moments, like the game-winning drive to the cup against Dallas or the rainbow three-pointer that put the Spurs over the Celtics, that have made him so important for the Spurs in close games. Ginobili has been objectively one of the NBA’s best when the game’s mattered most, perhaps best evidenced by his 76.3 True Shooting Percentage in clutch situations. He’s also third on the team in total clutch minutes played.

This isn’t a great number, but it’s worth diving into nonetheless considering it’s among the lowest on the team. Although net rating is hardly a catch-all stat, trying to understand what brings it about is usually productive.

What hasn’t been productive? Ginobili at the three, especially when playing alongside Patty Mills and Bryn Forbes. 144 of his 737 minutes have been as part of the team’s worst three-man lineup, a triptych that’s posted a -15.5 net rating when on the floor together.

When (if?) the Spurs’ rotations settle, it will hopefully spell the end of this group, and we should see an improvement in Ginobili’s overall net rating.

One (Players 40+ to ever average at least 9 points, 2 rebounds, 2 assists and 1 three-pointer per game)

There have been more productive seasons at 40 — Michael Jordan averaged 20, 6 and 4 in his last year as a Washington Wizard — but Ginobili’s has been unique in its own right. No player has put up the above averages for a full NBA season. Remove the three-pointer qualifer, and it’s just Ginobili, John Stockton and Karl Malone. Look at 40+ year-old players to score 25+ in a game (like Ginobili did against the Kings last week) and you get another short list of greats: Jordan, Stockton, Parish and Kareem.

Those are the type of names you’ll likely continue to see Manu’s alongside this season. Whenever he decides to call it a career, it’s the kind of company he’ll be keeping in the Hall of Fame, as well.