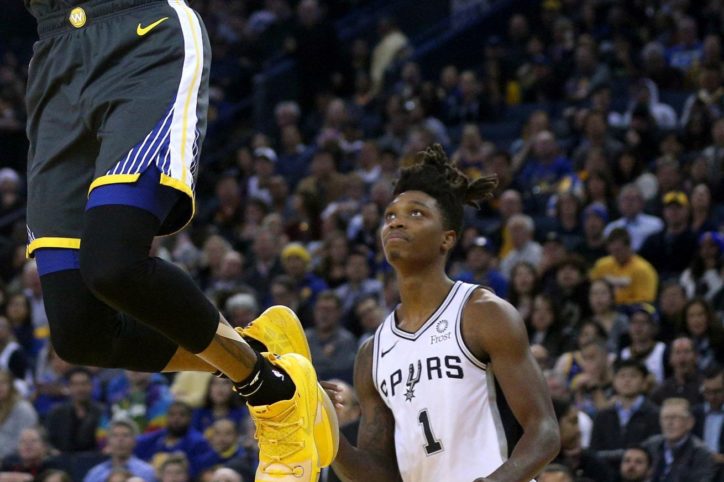 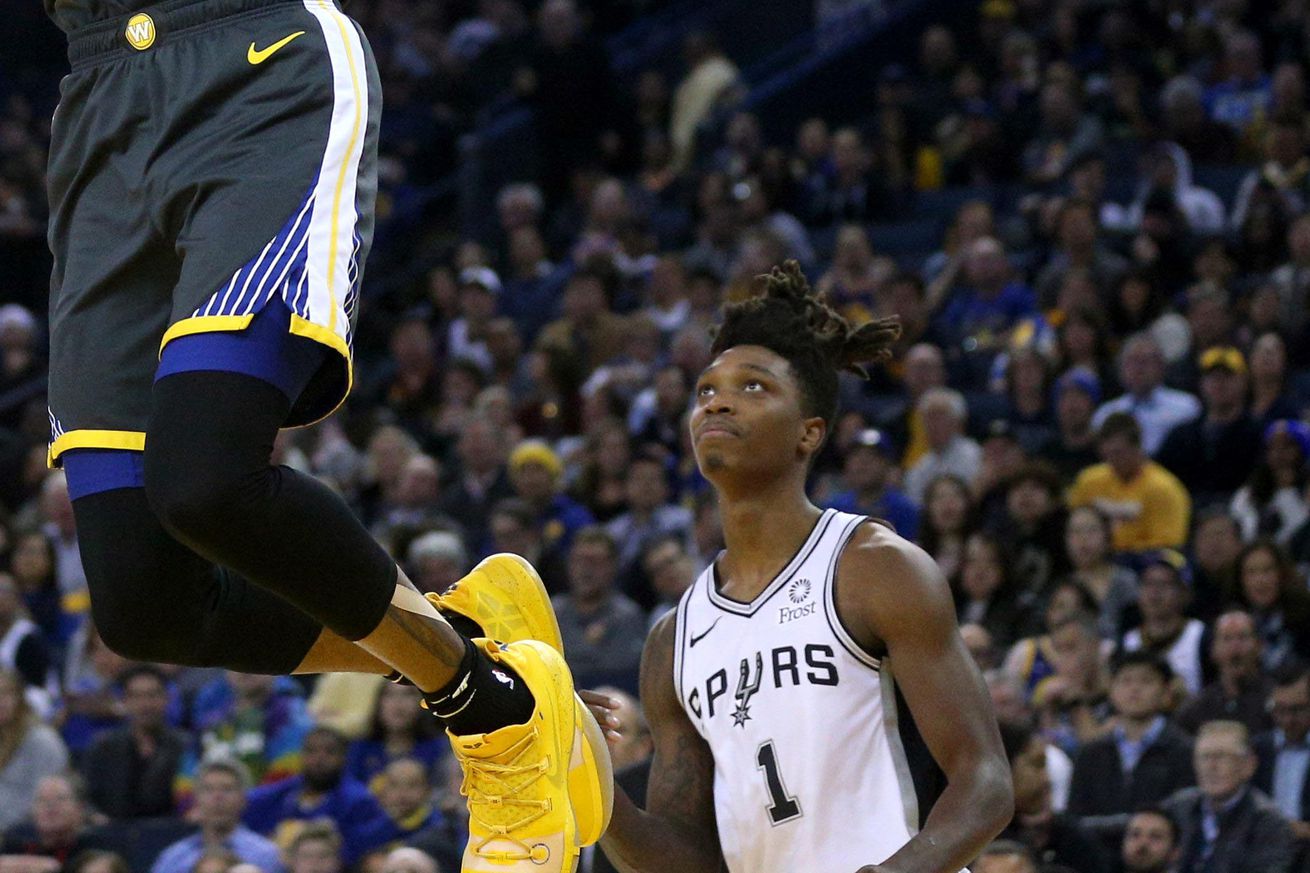 The Warriors pantsed the team San Antonio dressed on Wednesday — an outcome good for both franchises.

The Spurs punted their already slim chances at beating the Warriors on Wednesday night for a better shot at a more important, and less improbable, victory over the Trailblazers on the 2nd game of their back to back. In doing so, they got some much needed rest for their two best players, and freed up some minutes for guys who don’t typically get a chance to shine.

Lonnie Walker IV got the most run of his young career, with nearly 26 minutes, took almost twice as many shots as his previous high, with 10, and should’ve had a new career high in assists, too. Despite finishing with just 1 assist, Lonnie had 5 potential assists and showed some DeMar-like playmaking ability.

The one-handed shovel pass to Bryn Forbes is an automatic assist on most nights, but not this time. His two drop-offs both resulted in points, but you don’t get an assist when the shooter gets fouled without making the shot. And his kick out pass to Quincy Pondexter on the left wing is exactly the kind of play DeMar makes look easy.

It wasn’t all blue skies for the rookie. He struggled with the offense, needing to be told where to go on several occasions and breaking off the play to attack in isolation more often than needed. Those are typical issues for young players, especially ones seeing some of their first real game time against one of the most talented teams ever assembled.

But his problems on the other end are more concerning. Just like the last time he got more than a handful of minutes, Lonnie struggled with dribble hand offs and screening actions. The Warriors’ tendency to slip screens, in particular, gave him a lot of trouble.

The first breakdown led directly to a timeout. The Spurs were switching that action, as they have for most of the season, so that’s the most important mistake, but Lonnie goes under the screen, too, which would’ve been a killer even if they were playing this straight up.

The second is more forgivable. It’s the same mental lapse, not switching onto the screener as he rolls to the basket, that he certainly heard about after the first time, but on this play it comes after Lonnie has executed two switches perfectly and hustled all over the floor navigating a blender of motion and screening.

He goes over the screen this time, which is a small improvement in that if Bryn had messed up the coverage, too, they might have been alright. But that leaves Iguodala and Kevon Looney with a two-on-one against Drew Eubanks, which results, predictably, in an and-1.

Bryn, on the other hand, did exactly what he was supposed to do. His defensive upside will always be limited, but he has worked his tail off to become viable enough on that end to play consistent minutes on a playoff team, and he deserves a lot of credit for that. Here he is cleaning up after Lonnie gets caught on a screen.

Switching off of Draymond Green in the weak side corner to prevent a layup is an easy decision, and Bryn executes perfectly. After getting beat initially, Lonnie reacts well, too. He recovers to Green and comes away with the steal after Steph Curry gets himself caught in the air.

Lonnie’s barely 20 years old, this was his 6th game, and they were playing the presumptive champions, so none of this should mean much to anyone. But it does reinforce the idea that the Spurs are doing the right thing by continuing to play him in Austin as much as possible, only calling him up when necessary or there’s an opportunity.

Still, throwing him into the fire like this will pay dividends. The Warriors do as good a job as anyone of forcing defenders to make hard choices in a split second. Lonnie will have far more to learn from the tape of this game than probably any other game he’s ever played. He may not be ready for rotation minutes just yet, but games like this will only help get him closer to that eventuality.