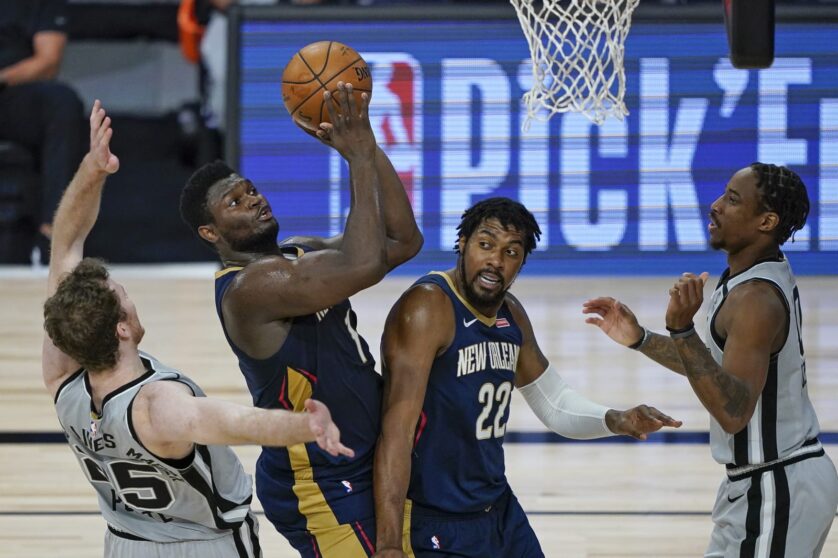 Fresh off of the heels of an impressive win over the Toronto Raptors, the San Antonio Spurs are back in action tonight as they face the New Orleans Pelicans on the road. This marks the first matchup between the two up and coming squads.

The Spurs and Pelicans had some tough battles last year. San Antonio spoiled Zion’s NBA debut in January and then handed the Pelicans another loss in the bubble. Can they keep that trend going this year?

This Pelicans team looks markedly different than the one that we saw last year. Gone is Jrue Holiday and in comes Eric Bledsoe, Steven Adams, and Kira Lewis Jr. The loss of Holiday certainly stings but with Zion, Lonzo Ball, and Brandon Ingram this is still a very formidable team.

The Spurs aren’t slouches by any stretch either. They’ve got a perfect record so far and have been playing a new, fast-paced brand of team basketball that’s a breath of fresh air. The young guys are slinging the ball around, having fun while doing it, while also knowing when to defer to DeMar DeRozan when things get tight.

This should be a good matchup between two division rivals who’ve got a long history of intense games. Here are three matchups that will define tonight’s contest.

What happens when an immovable force meets an unstoppable object? I guess we will find out when Keldon Johnson tries to body up Zion Williamson tonight.

Johnson packed on muscle over the offseason but he’s still not nearly as girthy as Zion. But if you think that’ll stop him from challenging Zion on his way to the rim you clearly haven’t been watching the past two games.

Keldon will go at anyone. He’s absolutely fearless when driving to the rim, sometimes to his own detriment. There were times in the Raptors game where he threw himself into the thick of the defense and got rejected. But I’d rather have him keep banging away than ever get deterred or passive on the court.

The more important area of this matchup to watch will be how Johnson holds up against Zion when he has to guard him on the defensive end. Johnson’s got weight but Zion was bodying players like Steven Adams last year, he’ll have no problem moving Keldon around. How Johnson responds to that will be interesting to watch. Foul trouble could be an issue here if things get too physical.

There are other matchups that will dictate the end result of this game but this might be the most entertaining one and is certainly one that Spurs fans should have their eyes on.