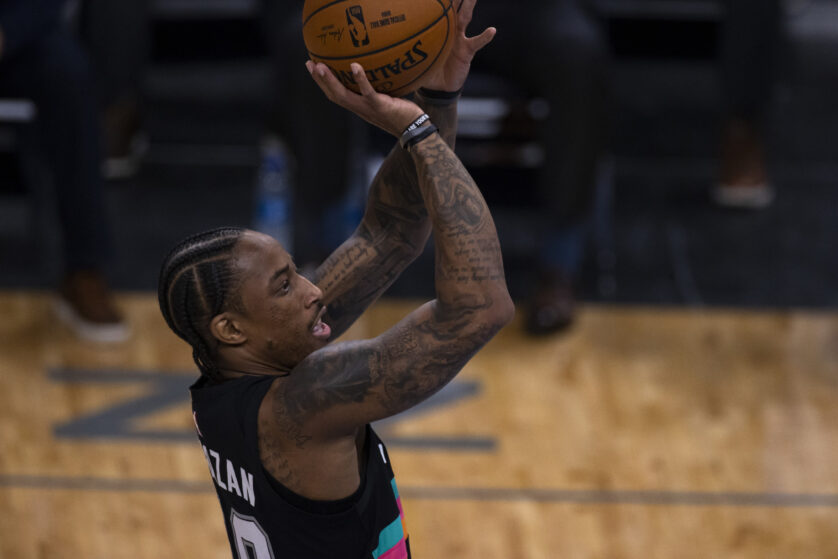 The San Antonio Spurs already look like a better team than they were last season, but they’ll need to make some changes to take that next step.

The start to the NBA season has been unusual, to say the least. For starters, numerous contenders have been blown out by 40-plus points while the Orlando Magic and Phoenix Suns are a combined 8-2. For the San Antonio Spurs, who now stand at 2-2 after Wednesday’s loss to the Lakers, results have been a mixed bag.

The Spurs’ quick 2-0 start to the season was impressive given the fact they were short Derrick White and down late in game two against a tough Raptors squad. The biggest surprise of the season, Coach Popovich’s decision to start Keldon Johnson, has paid off well so far. Though he’s been frequently outmatched in size, Johnson is more than holding his own against guys like Pascal Siakam and Zion Williamson while still attacking relentlessly on the other end.

Matchups with the New Orleans Pelicans and Los Angeles Lakers humbled the upstart Spurs, who valiantly hung in there in both contests but couldn’t quite execute enough down the stretch. All in all, a .500 record is about what many expected San Antonio to be hovering around throughout the season after they didn’t make much noise in the offseason following a tough 2020.

Still, something in the energy the young guys are bringing to the court mixed with the fight we’ve seen in this team so far tells me things might be different in 2021. The Spurs could’ve easily been blown out in either of the last two games and probably would have last season. I just don’t see that quit in this year’s team.

San Antonio has a tough January ahead that could make or break our expectations for a possible return to the playoffs that includes two more matchups with the Lakers and games against the Clippers and Celtics. As the calendar flips to 2021, here are some ways the Spurs can improve their chances of treating the Alamo City to some postseason basketball this year.