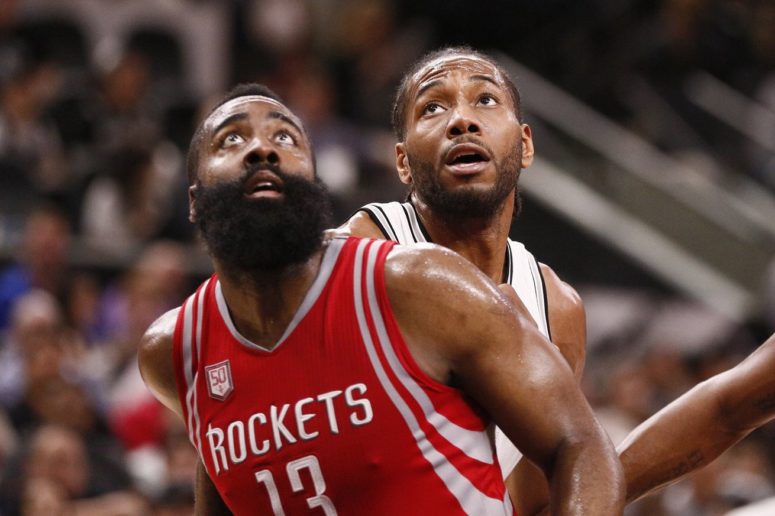 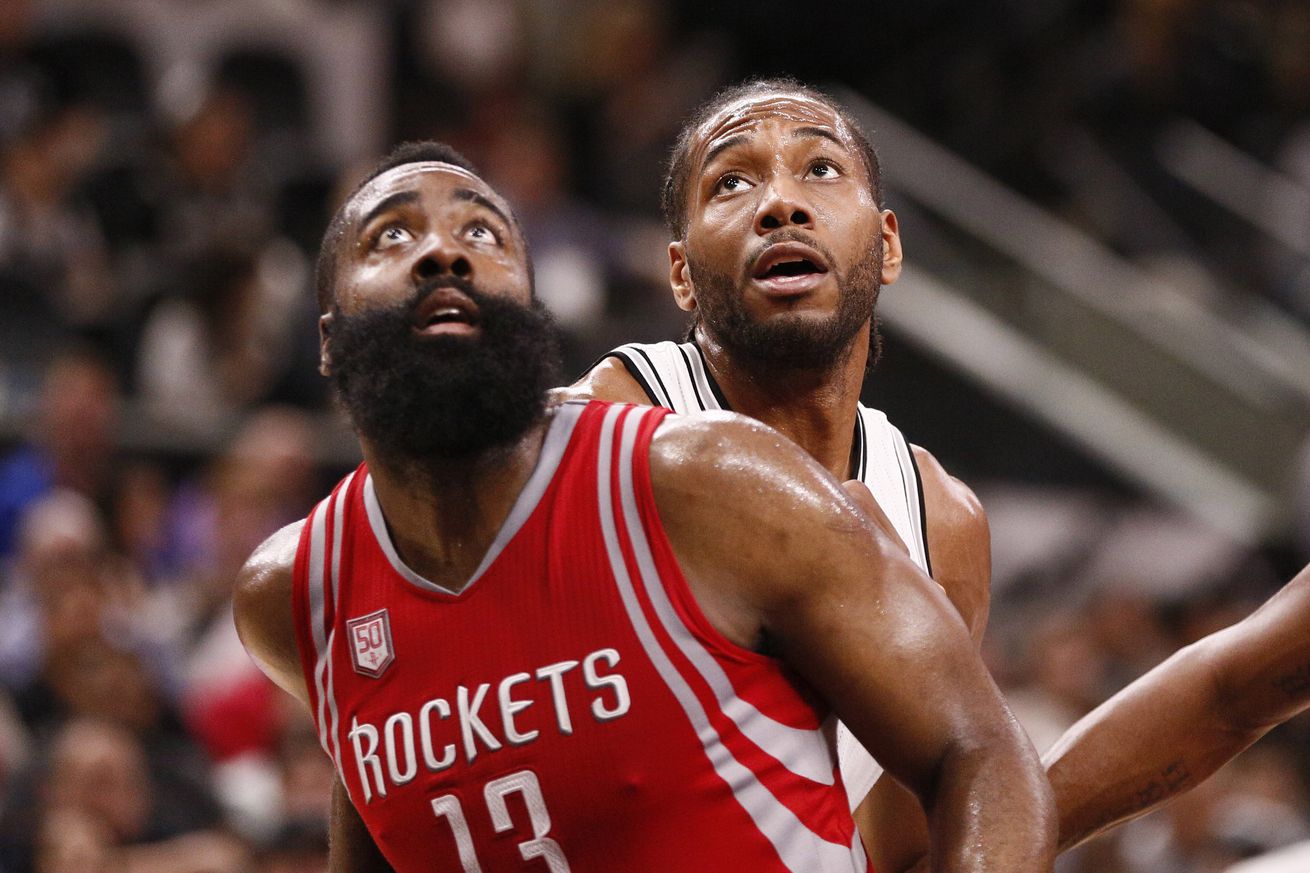 Getting caught up on all the awards for the 2016-2017 NBA season, including for a couple of Spurs.

For the first time ever, the NBA decided rather than handing out awards to players at games or press conferences, they would hold a nationally televised ceremony after the playoffs were over. If you’re like me and weren’t expecting too much, it pleasantly did not disappoint.

Host Drake opened with some standup comedy, self-deprecation, and jokes. His observation that the vibe was bit awkward was accurate, but he still got some giggles out of the crowd. After some classic humor from Shaq and Charles Barkley and the Inside the NBA’s crew, the awards were announced, with some skits by Drake and Will Ferrell and a concert by Nicki Minaj sprinkled in between.

Rookie of the Year

Probably the most surprising winner of the night (but still not too surprising), the Milwaukee Buck became the lowest draft pick (36th) to ever to win the award. He beat out Joel Embiid, who was easily the most spectacular rookie this season but only played in 31 games due to minute restrictions and recurring injuries, and Dario Saric, both of the Philadelphia 76ers. Saric and Brogdon were also both unanimously selected to the All-NBA Rookie First Team.

After some injury-riddled seasons with the New Orleans Pelicans, Gordon found new life as a sixth man for the Houston Rockets and scorer in Mike D’Antoni’s system. He beat out fellow Rocket Lou Williams, who spent the first half of the season with the Lakers, and Golden State’s Andre Iguodola.

Teammate of the Year

This is no shocker for one of the most respected veterans in the game. Coachable, unselfish, and willing to take young players under his wing, Nowitzki is a class act and more than deserving of the award.

The firecracker guard out of Houston is well known for his never ending motor and is the heart and soul of the Rockets locker room.

The award is given to the player who does the most for his community, and the Boston Celtics guard took it home this year.

The always-smiling Charlotte Hornets guard was voted by his peers as a player with highly regarded character on the court and treats his teammates and opponents with the same amount of respect.

Presented by Kareem Abdul-Jabar, David Robinson, Dikembe Mutombo, Alonzo Mourning, and Shaquille O’Neal, Russell is one of the winningest players in league history with 11 championships in 13 seasons and helped break many racial barriers in the league as a player and a coach. The funniest moment in the entire ceremony was when he looked at his presenters, initially seemed speechless to fool them into a false sense of security, then told them that he would “kick their a**”.

All three finalists, including Rudy Gobert and Nikola Jokic, have gone from being anywhere from non-lottery (and even second-round) picks to legit stars on up-and-coming teams. Each made long strides and took giant leaps forward this season. Literally.

Executive of the Year

The GM of the Warriors brought Kevin Durant on board and made them almost unstoppable. There isn’t much more that needs to be said about this one.

After relatively unsuccessful stints on the big stages of New York and Los Angeles, the offensive mastermind’s head coaching career seemed on the fritz, but his revival of the Houston Rockets and successful implementation of a James Harden-led system won him the award over fellow nominees Gregg Popovich and Eric Spolestra.

It’s not surprising that the heart and soul of the Warriors top ranked defense won the award. With the freedom to essentially play “free safety” on defense, Green was one of the toughest players to get past from any spot on the floor, beating out Rudy Gobert and two-time DPOY Kawhi Leonard.

Named after iconic sideline reporter Craig Sager, who passed away in December of 2016 after a near three-year battle with acute myeloid leukemia, the award is presented “to an individual who has been a trailblazer while exemplifying courage, faith, compassion and grace.” Williams, the Spurs VP of Basketball Operations and father of five children, tragically lost his wife, Ingrid, in a car accident in February of 2016. Monty wore that Sager jacket proudly.

As expected, Westbrook took home the award over Harden and Leonard for leading a decimated Thunder team that had lost it’s previous MVP to free agency and likely would have been lottery-bound all the way to the playoffs through sheer force of will. He’s the first player to average a triple-double in over 50 years, and even if his efficiency ratings aren’t the best, if your definition of an MVP is the player who made the biggest difference for his team, Westbrook is your man.

You can look at all the nominees here, and here is how the votes went down:

Yes, a Spur won a fan-voted award! In case you need a reminder, here it is:

The ceremony was better than I expected. Drake wasn’t bad as a host (although he put some players in awkward spots on the floor, like asking Harden who his favorite MVP is). I’d say the Inside the NBA crew was the best form of entertainment between announcements. Bill Russell provided the funniest moment, and Monty Williams and Isaiah Thomas, who lost his sister during the first round of the playoffs, were both inspirations.

Overall, while cutting some slack with this being the inaugural event, I’d give it a solid B- (with C being “met expectations”), but I’ll expect more next year.