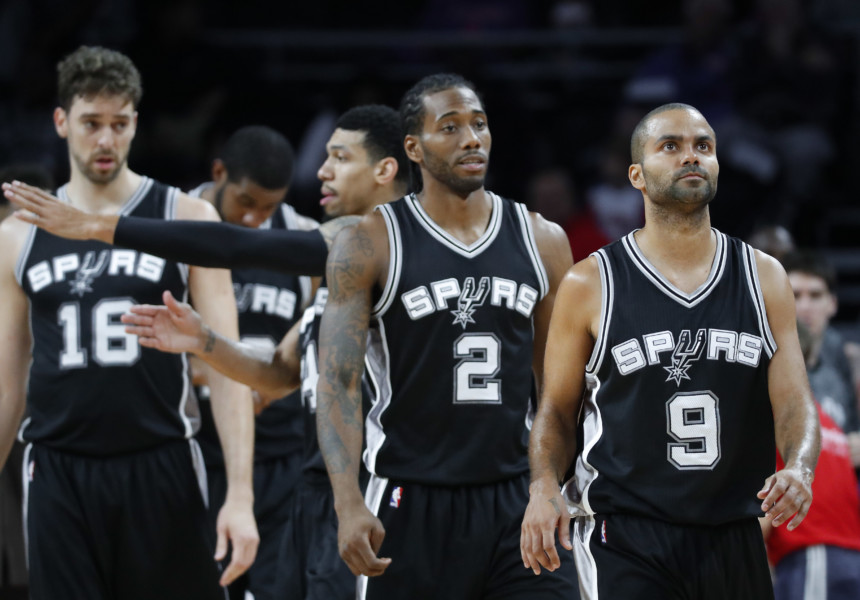 The San Antonio Spurs have been the NBA’s model franchise for nearly two decades. Ever since Tim Duncan was drafted in 1997, the team has won at least 60 percent of its regular-season games in every season. Five of those seasons ended in NBA championships.

Duncan retired in July, leaving the team at a crossroads. What will happen with the Spurs in 2016-17? Let’s examine the state of the team.

WHAT HAS HAPPENED IN THE PAST YEAR?

The Spurs went into the 2015-16 season with high expectations after the signing of All-Star power forward LaMarcus Aldridge and then exceeded those expectations during the regular season. The squad won 67 games and lost just one home contest all year. It would have been a bigger deal if the Warriors weren’t breaking the all-time regular-season wins record.

Offensively, Aldridge didn’t get comfortable in San Antonio until the second half of the season, but the rest of the squad picked up his slack, most notably Kawhi Leonard.

Leonard took the leap from stardom to superstardom with an enhanced three-point shot and improved isolation scoring, all while maintaining his defensive excellence.

San Antonio also cultivated a defense-first philosophy built around Leonard, Duncan and Danny Green. The Spurs were the top defensive squad in the league.

Things were going fine until the second round of the postseason when the Spurs ran into a Thunder squad playing its best basketball of the season. Oklahoma City used its youth and athleticism to wear out San Antonio’s older core players, and the Spurs lost the series in six games.

The 40-year-old Duncan retired in early July, leaving a big hole at the center position and also leaving a serious leadership void. The squad brought in Pau Gasol to take Duncan’s slot after it lost out on the services of top free agent Kevin Durant.

Other key losses from the offseason were David West, Boris Diaw and Boban Marjanovic. Obviously, the frontcourt depth was decimated.

KEY QUESTION: CAN THE SPURS REMAIN AN ELITE DEFENSIVE TEAM?

The Spurs’ defensive rating was 2.2 points per 100 possessions better than any other team in the NBA last season. It was the bedrock of their success, something they could fall back to even if the shots weren’t falling on the other end.

But Duncan is now gone. Even at 40, he managed to stay one of the league’s best all-around defenders with his communication, smarts and timing of shot contests. He might have been the slowest player in the league, but it hardly mentioned.

Gasol isn’t terrible at defense, but he’s definitely not good. He’s nearly as slow-footed as Duncan and doesn’t pay attention to detail like his predecessor did. He’s easily exploited in pick-and-rolls.

On top of the Duncan-for-Gasol swap are the additions of Dedmon and Lee, who will fill the roles of Diaw and West.

Diaw and West were passable on defense, using veteran savvy to compensate for size- and athleticism-related deficiencies.

Dedmon has the size and athleticism to be a defensive monster. He’s not very polished there, though, and his tendency to foul (5.9 fouls per 36 minutes in his career) hurts his impact.

Lee combines apathy and ineptitude to be one of the worst interior defenders in the league. There’s a reason the 33-year-old has been relegated to bench roles during the past two seasons despite remaining one of the most offensively skilled bigs in the game.

Then there’s Tony Parker and Manu Ginobili continuing to barrel toward the end of their careers. With that comes reduced mobility and strength, and therefore, worse defense.

If any coach can overcome all of these concerns, it’s Gregg Popovich. His squads have been top-four defensive teams in each of the past four seasons. But that streak could be in jeopardy this season.

And even if he does get his squad to perform well in the regular season, beating the Warriors (and the Clippers, to a lesser extent) in the postseason will require serious cover-ups of the Spurs’ lack of athleticism and versatility on defense.

Leonard takes yet another step in his development, becoming an efficient 25-8-5 guy who makes his teammates better (a new wrinkle) while shutting down the opponent’s best perimeter threat. He wins MVP and analysts start mentioning him alongside LeBron James as the best player in the league.

That development allows LaMarcus Aldridge and Gasol to allocate more of their energy to the defensive side, where their length makes it difficult for opponents to score inside.

Parker and Ginobili stave off further age-related declines and justify their playing time with veteran leadership and steady play.

Danny Green becomes his former self from behind the arc, shooting well over 40 percent from distance. His long bombs help the offense stay properly spaced and crisp.

Dedmon and Lee gel as a backup big-man duo. Popovich gets the most out of Dedmon’s athleticism on both ends, and Lee shows a newfound commitment to stopping the other team score.

San Antonio wins between 60 and 65 games and makes a surprising title run thanks to a bit of injury luck. The Spurs’ inside scoring and rebounding wears down a perimeter-oriented Warriors squad in the Western Conference Finals. It helps that one or two of Golden State’s key players are playing banged up because of the squad’s lackluster depth.

In the Finals, Leonard plays LeBron to a standstill. San Antonio’s second unit rises to the occasion, dominating the Cavs’ bench and getting ring No. 6 for Coach Pop.

Parker, Gasol and Aldridge doesn’t work together as a defensive combination, letting guards run rampant on them in the pick-and-roll. Lee doesn’t improve on defense and Dedmon remains a raw athletic specimen and doesn’t set himself apart on either end.

Leonard experiences plenty of growing pains as he transitions to a role that includes more ball-handling. None of the youngsters on the bench steps up as a creator of offense to compensate for Ginobili’s rapidly declining impact.

Green continues to struggle to find his rhythm in the Spurs’ most post-up heavy offense and is, once again, only a positive on the defensive end of the floor.

San Antonio wins just 48 contests, gets the No. 4 seed and falls to the athletic, hungry Oklahoma City Thunder in the first round. Popovich’s job is suddenly in jeopardy (just kidding).

Beating the Warriors will be very hard. So will fixing some bad defensive habits from Gasol, Lee and Dedmon.

Leonard is a great player with a work ethic that is tough to criticize, but he’ll probably need some more time to transform into a true point forward.

San Antonio will likely finish with 55 to 57 wins, get the No. 2 seed, defeat the Clippers in seven games in the second round and then get soundly beaten by the juggernaut Warriors in the Western Conference Finals.

You could win a Spurs watch party experience when you sign up to become a Spurs Fan Cave registered member, join now it’s Free. 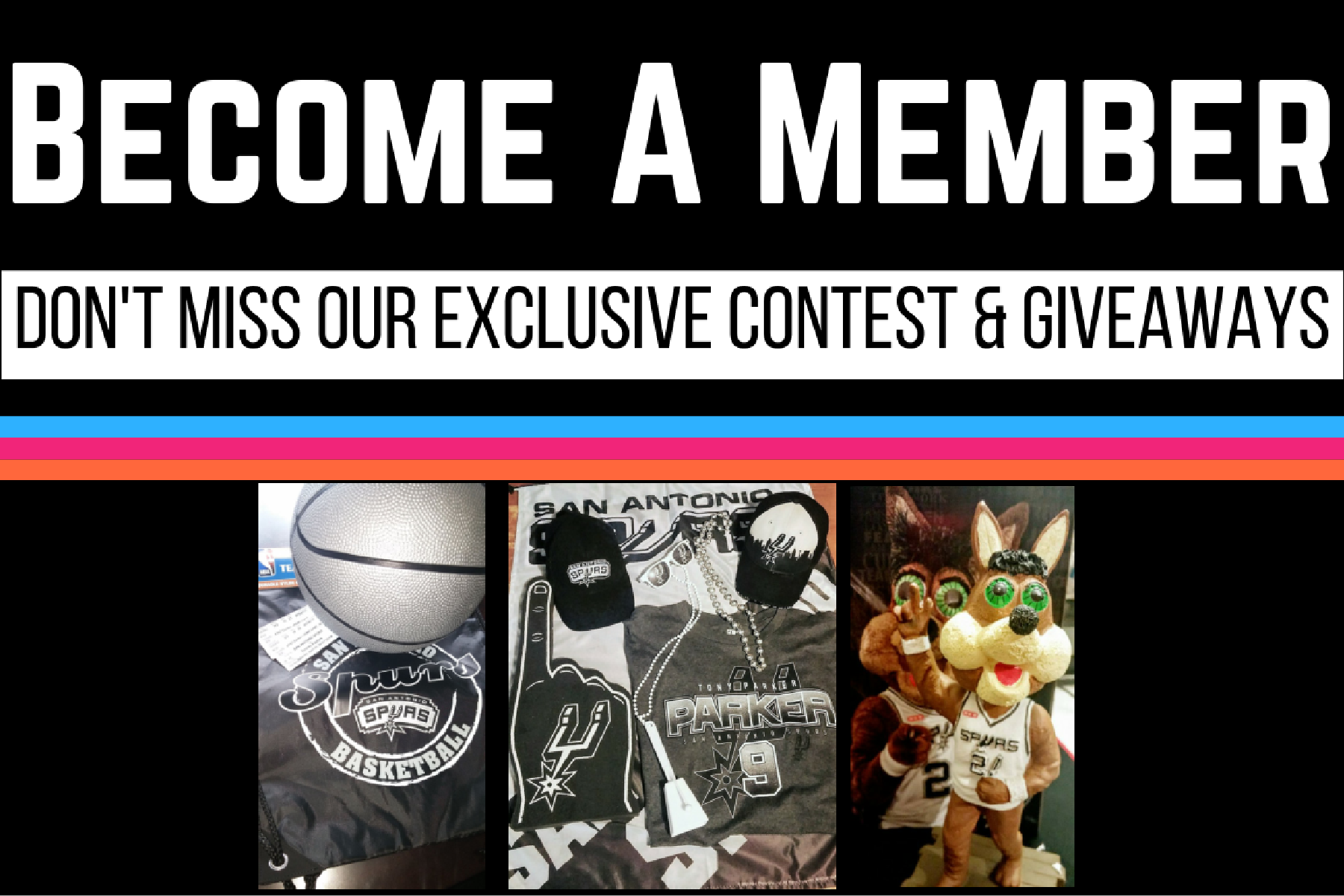