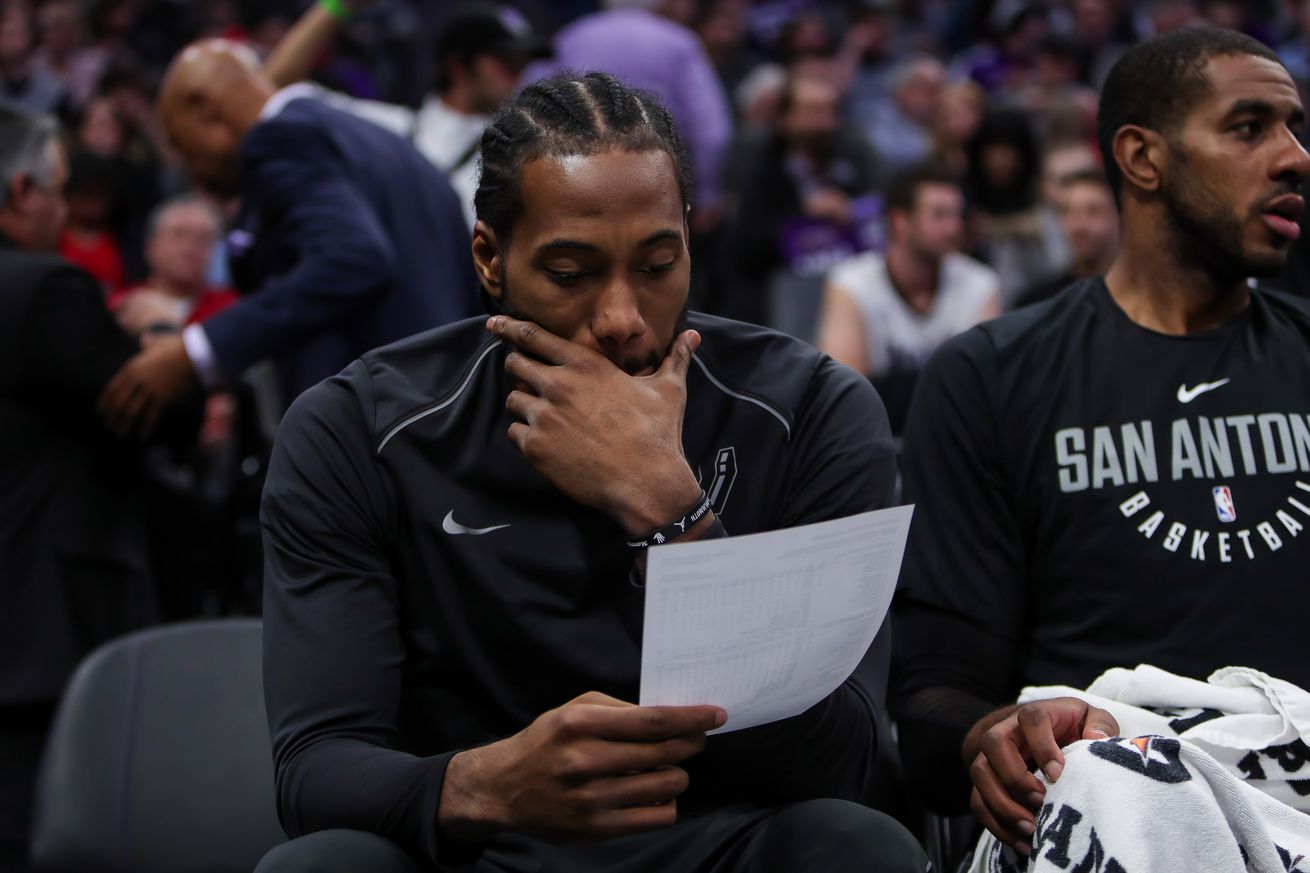 On his podcast today, Chris Mannix of Yahoo Sports was joined fellow writers Shams Charania and Michael Lee to discuss the hottest NBA topics, which just so happens to include Kawhi Leonard’s future with the Spurs.

Here are some key quotes, thanks to Bruno Passos:

“I think (Kawhi) viewed the way Isaiah Thomas had to go through his hip issue last year; the way Kyrie had to deal with his issue this season. Going into a contract year, you don’t want to put your fate into someone else’s hands.”

“There were setbacks over the course of the summer, rehab issues not dealt with the way they needed to be dealt with, and that set him back to start the year.”

“They’ve gotta sit down and sort through all the issues before they can get down to any type of contractual number. Like I said, there was a lot of miscommunication that went on through the course of the season that they need to catch up on and rehash.”

Also notable, Leonard reportedly did not rogue in New York considering he had Spurs staffers there working out with him. He was also at exit interviews and Erin Popovich’s funeral, so the relationship may not be as frayed beyond his injury issue as we have been led to believe. Charania also says he still firmly believes Leonard wants to work things out with the Spurs.

You can listen to the entire thing below or click here. The Leonard discussion begins at the eight-minute mark. Other topics discussed include Bryan Colangelo’s resignation as the 76ers GM after his (or his wife’s) Twitter fiasco, and of course the NBA Finals.