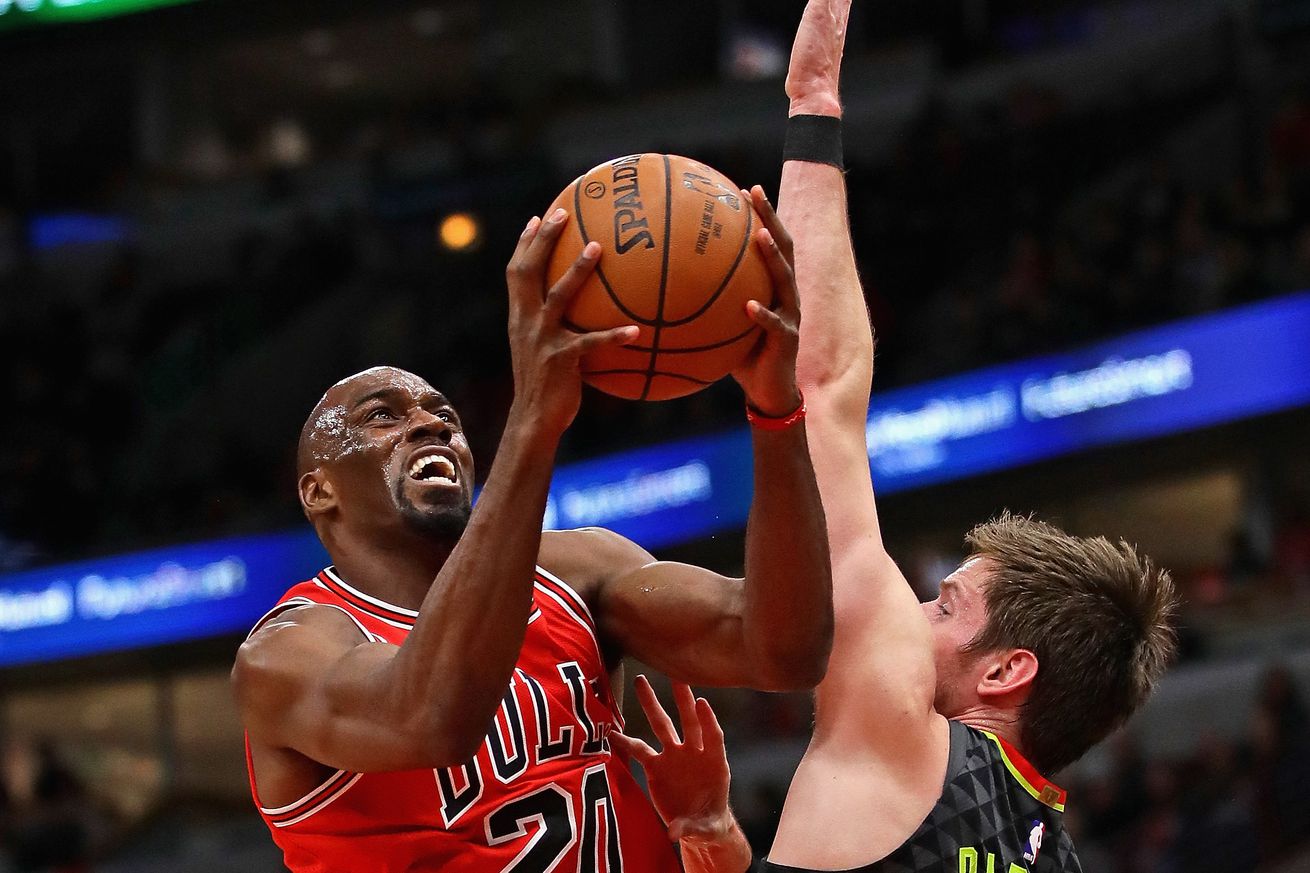 With plenty of youth on the roster, the Spurs appear content to add veterans to the fringes.

The Spurs recently signed Quincy Pondexter to a partially-guaranteed contract. They might simply see him as a camp body, yet it still feels like a strange decision to me. The former first round pick has seen his career derailed by injuries. In the past three years he’s only suited up for 23 disastrous games, all coming last season with the Bulls.

The chances of Pondexter actually playing more than a bit part on the Spurs’ 2018/19 season are slim. There’s no reason to believe the 30-year-old wing will be a part of the franchise’s future. So why is he on the training camp roster taking a spot that could go to a younger player with upside?

At one point, Pondexter would have been a valuable addition. Before nagging knee injuries and a scary infection kept him on the sidelines, Q-Pon was on his way towards finding a niche in the league as a 3-and-D wing. He had the best stretch of his career in 2015 after being traded to the Pelicans, where he averaged nine points, three rebounds and over one assist per game while shooting 43 percent from beyond the arc. Three years later, the Spurs are hoping that 2015 version of Pondexter still exist. If it does, the fit would be admittedly great. San Antonio could use a shooter with size to back up Rudy Gay or maybe even start at small forward next to DeMar DeRozan.

However, Pondexter suddenly regaining the shape he flashed in New Orleans is, unfortunately, extremely unlikely. It was an outlier year for him on offense, for one. He was a league-average shooter before that half of a season, and one who struggled with consistency. He’d likely experience the same issues Danny Green had with getting looks he could convert, since Pondexter was always more of a corner spot up shooter than a versatile marksman. Defensively, he was also closer to decent than great, even at his best. If he’s lost some quickness over the past three years, which seems like a certainty, his ability to guard multiple positions would be gone. It’s just hard to see him becoming a rotation-caliber player this year after such a long absence.

It’s not hard, however, seeing him make the final roster even if he doesn’t fully get there. He’s a good pro and a veteran who, at least on paper, fills a need. Unless someone beats him thoroughly for the last spot or he truly shows that he’s done, I wouldn’t be surprised if Gregg Popovich added him to the end of his bench and maybe even gave him some minutes early in the year. We’ve seen Pop make similar additions to the roster over the years. From Keith Bogans to the late Rasual Butler, he likes his vets, even if their best years are behind them. If Pondexter looks healthy and in playing shape, he might get the 15th spot.

Normally I’d hate that type of addition, and yet I can’t bring myself to criticize Pop and the Spurs for potentially playing it safe with the last roster spot this season. Unlike past years, there’s plenty of youth around. Counting newly signed Chimezie Metu, the Spurs will have four players under 23 years old on their roster. Derrick White barely misses the cut, since he’s 24 years old, while the older Bryn Forbes and Davis Bertans have limited NBA experience. The Spurs will be a veteran team because older players will get most rotation minutes, but they do have projects at virtually every position. Sure, they could add Jaron Blossomgame or any other youngish prospect using their last spot, but at some point a staff has all the youth it can handle, especially when the immediate goal is to actually win games.

It’s fine if, just this once, the Spurs fill their training camp roster with boring veterans like Pondexter, Josh McRoberts and Josh Huestis. I won’t even be mad if one of those guys actually gets the final spot over a younger player with more upside. For years those of us who wanted the Spurs to get younger and take some chances had to settle for veteran signings on the fringes. This season there are plenty of exciting pieces who will not only make the roster but also get some burn, as the Spurs embrace life without the Big Three. There’s no need to fret about the 15th spot possibly going to a player with no upside. There are enough gems higher in the depth chart waiting to be polished.

The Spurs are apparently bringing guys like Pondexter to camp, veterans who will quietly do their job without requiring much attention. If doing so means the staff can focus more on developing the prospects already under contract, it might be the right decision.