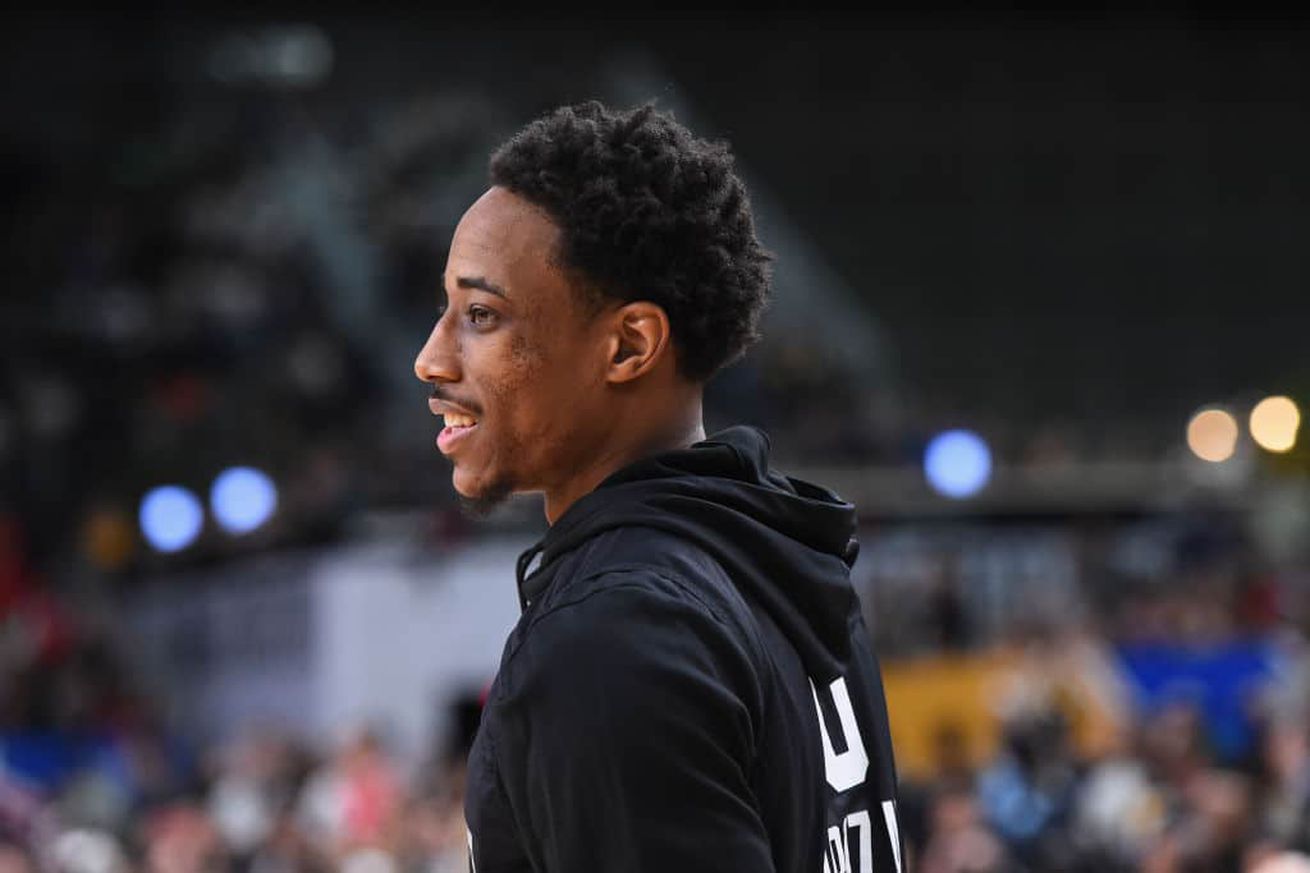 Getting to know the newest Spur off the court.

Now that we have hopefully closed one of the darker chapters in Spurs history (and honestly, if that’s the worst we’ve got, relatively speaking it isn’t that bad), it’s time to move on to a new chapter, and what better way to do that to start getting to know the Spurs’ newest acquisition, DeMar DeRozan and find out why we will love him just as much here as he was up north.

We already know DeRozan was understandably unhappy when he was traded after reportedly being told otherwise (enough so that Raptors president Masai Ujiri issued and apology to him), but in some aspects his sacrifice in exchange for Kawhi Leonard wasn’t overly celebrated in Toronto, either. Last week Toronto Star’s Doug Smith delved deep into what made DeRozan so beloved in The North, and therefore why his departure stuck such a nerve.

Not “us” in the old, non-athlete kind of way but in a bigger “us” context. An “us” we could all aspire to and appreciate.

He is, as much as possible, normal. He isn’t egotistical or at all self-centred. He put team and others ahead of himself. I don’t remember a lot of “I” conversations or “me” conversations; it was generally “us” and “we” and the team.

Basically, he’s everything we thought Leonard was, but for real this time. It’s an amazing read into the heart of who DeRozan is as a person, so be sure to check it out.

He has real-life challenges, just like the rest of us

Sometimes it can be hard remember, but money doesn’t always buy happiness. Even the wealthiest of professional athletes have their real-world troubles, and back in February DeRozan opened up about his own battle with depression in hopes of inspiring others.

“It’s one of them things that no matter how indestructible we look like we are, we’re all human at the end of the day,” the 28-year-old Raptors all-star said. “We all got feelings . . . all of that. Sometimes . . . it gets the best of you, where times everything in the whole world’s on top of you.”

“It’s not nothing I’m against or ashamed of. Now, at my age, I understand how many people go through it. Even if it’s just somebody can look at it like, ‘He goes through it and he’s still out there being successful and doing this,’ I’m OK with that.”

A star who is easier to understand

While still relatively quiet for NBA star, don’t confuse him with Leonard. San Antonio Express News’s Mike Finger takes a look at what makes the two unique stars completely different. Not only is DeRozan more likely to open up and tell you what’s on his mind, but there won’t be awkward moments like this:

Last season, a national reporter landed a one-on-one interview with Leonard, and during the conversation wanted to follow up on something in a piece written by Express-News beat writer Jeff McDonald, who had covered – with rare exceptions – every game, home and away, of Leonard’s career since he entered the league in 2011.

“I know you mentioned this to Jeff,” the national reporter began.

On the other hand, when previously mentioned writer Doug Smith was in the hospital, DeRozan checked on him constantly via texts. This is not to say Leonard was in the wrong and players should keep a personal relationship with the media, but it nonetheless shows two drastically different people and how they view the world outside their own bubbles.

Something Spurs fans likely won’t be getting from Leonard: a heart felt good bye from DeRozan to Raptors fans:

Words could never express what you’ve meant to me. I was just a 19 year old kid from Compton when we first met, but you took me in and embraced me as one of your own. I am so grateful for the Love and Passion that you’ve given me over the past 9 years. All I ever wanted to do was duplicate it 10x over just to show my appreciation. Thank you Toronto, thank you Canada. #Comp10 #ProveEm

…and a quick hello:

We’ve already seen new teammates DeRozan and Rudy Gay team up together in the Drew League, and here’s a quick (albeit hard to understand) shout-out to Spurs fans:

I for one can’t wait to hear more from DeRozan when he finally makes it to San Antonio and really start getting to know the man.