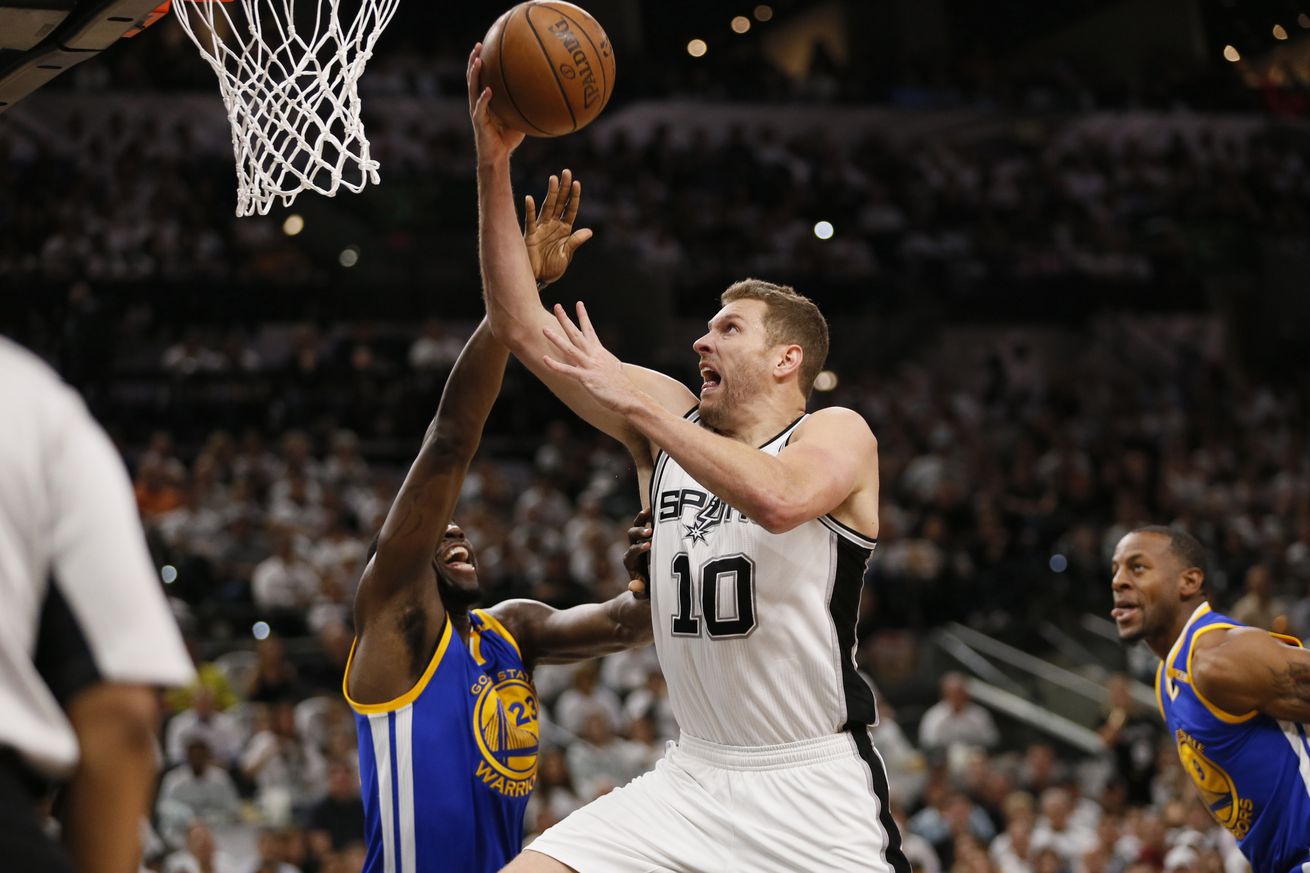 With 14 guaranteed contracts heading into next season (plus Summer League sensation Bryn Forbes), it appears unlikely that the Spurs will bring back Lee

It appears David Lee’s time with the San Antonio Spurs has come to an end. And I think that’s really too bad.

In his first season with the team last year, he proved not only to be a great teammate, but an effective role player off the bench. In 18.7 mpg, Lee averaged 7.3 ppg, 5.6 rpg, and 1.6 apg while shooting an impressive 59% from the field. He also started in ten games for the team.

While far from the quickest or most mobile big man, Lee showed he was capable of scoring in deep, as well as pulling up from the mid-range every so often. His positive attitude was infectious, and you could tell his teammates not only loved him as a person, but also enjoyed playing alongside of him.

As it stands right now, the Spurs have 14 guaranteed contracts locked up. And it appears very likely that they will guarantee the contract of Bryn Forbes on January 10th. So unfortunately, it seems like Lee is the odd man out.

Once the Spurs signed Joffrey Lauvergne, the writing was pretty much on the wall. Lauvergne is younger, quicker, taller, more athletic, and a better perimeter shooter than Lee, which is likely why the team decided to bring him on board. Lee has never possessed a reliable outside shot, and in this day and age, many teams want their bigs to be able to shoot from distance.

With all that said, it’s too bad the Spurs couldn’t figure out a way to bring him back. Their big man rotation is thin enough to be anorexic, with Gasol and Aldridge being their only bangers down low. Lauvergne, Bertans, Anderson, and Gay can all play minutes at the four-spot, but they can’t be counted on to score consistently around the basket.

By not bringing Lee back, it further signals the Spurs concentration on employing small-ball lineups and trusting in bigs who can stroke it from beyond the arc, and it’s not a bad game plan. The Golden State Warriors and Cleveland Cavaliers have combined to win the last three titles, and neither team relied on a dominant interior scorer to help shoulder the offense.

That’s not to suggest Lee was a big-time threat in the paint, but he was certainly dependable. Sadly, big men like him seem to be becoming dinosaurs in this league. And the Spurs realized this, even though he was a valuable part of their bench unit last year.

So David, wherever you go next, I wish you good luck. You were a true pro in your lone season with the team and I expect you to get the chance to continue your career elsewhere. Wherever you end up, I hope you can give them plenty of nights like you gave Spurs fans last November against the Celtics.