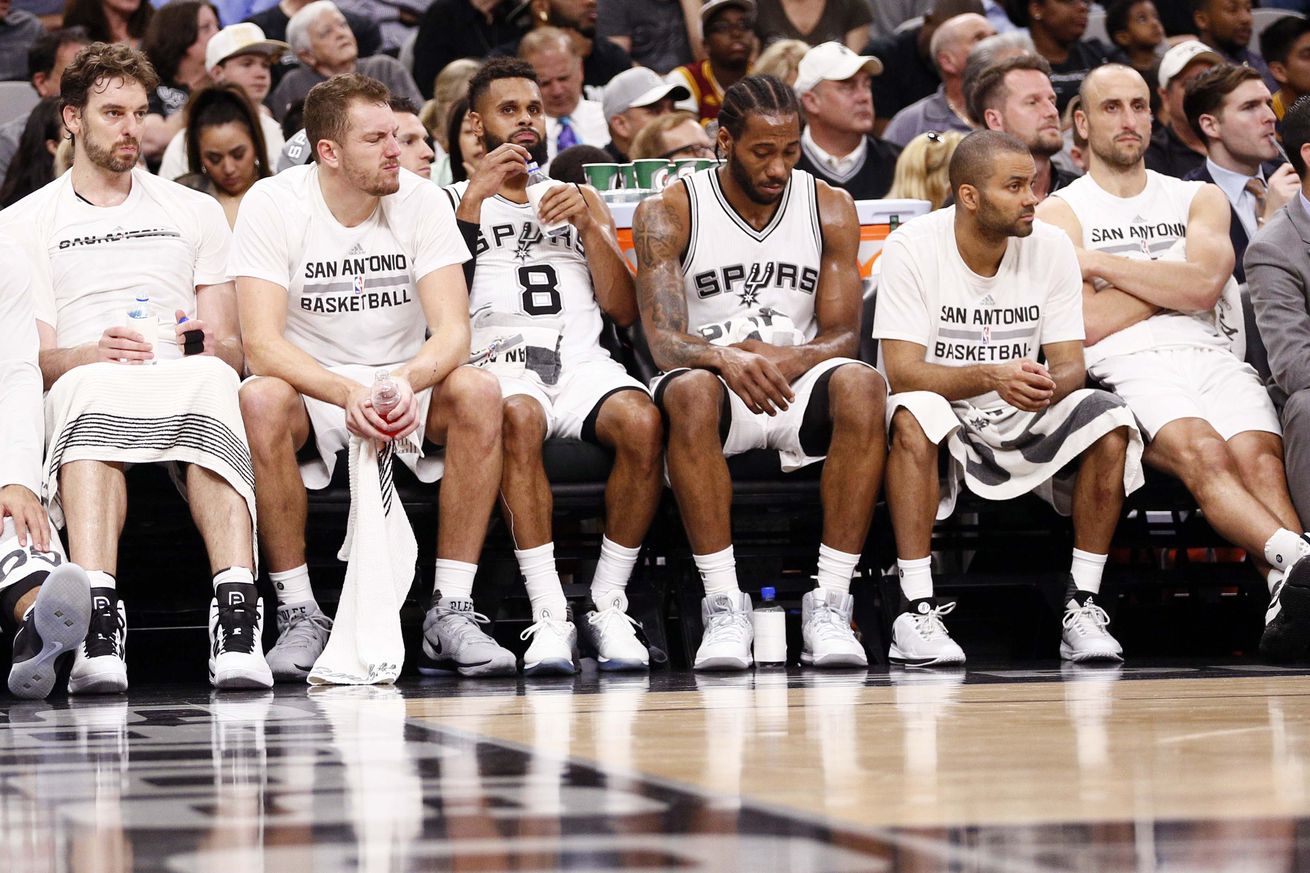 The Spurs are set and ready to battle for supremacy in the West. Who will lead them?

The Timberwolves, Rockets, and Thunder all made major changes in the hopes of dethroning the Oak Town Death Star.

But the Spurs got a steal in Rudy Gay, a diamond in the rough in Brandon Paul, and the best available trade bait in their own backyard — LaMarcus Aldridge.

After coming off a heart arrhythmia that tapered his impact and having a discussion about his role in San Antonio, Aldridge has taken the reigns this season. He even signed a 3-year extension solidifying his belief in The System.

No doubt things will change when Kawhi Leonard suits up, but between Leonard, Aldridge and contributions from every player on the Spurs, they once again can prove to be the contender no one saw coming.

The Spurs stand 3rd in the Western Conference and 5th overall behind 3 manufactured superteams. And, so far, without the help of The Klaw.

So who is the Big 3 right now?

Have fun with it. Or start your own conversation. This Open Thread is yours. We are live and we are open. Go for it!