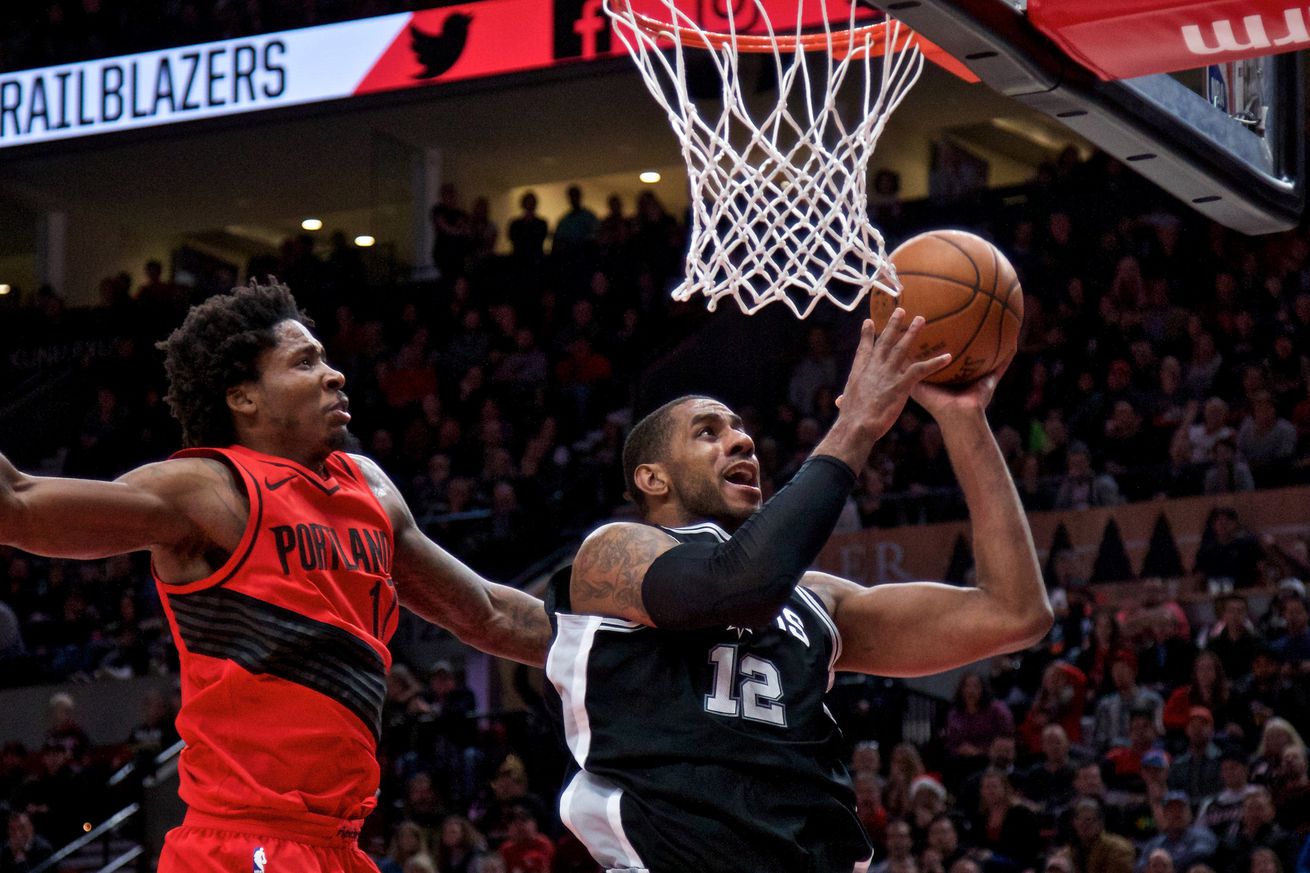 After a couple of shorthanded wins against the Dallas Mavericks and Los Angeles Clippers, the Spurs continued to build on that momentum against a very good Trail Blazers team. While they came out flat in the third quarter and lost their halftime lead, the Silver and Black found a way to fight back into this game. They did a solid job keeping the game within arm’s reach, eventually finding a way to take back the lead and avoid a C.J. McCollum game-winner at the horn.

Without the services of Kawhi Leonard (again) and Tony Parker, Pop showed a lot of trust in his role players once again. Although his team went a little turnover crazy (recording 22 for the game), which was a huge factor in them letting the lead slip away in the third, you never felt like they were out of it during the second half.

Here are some observations from this game: