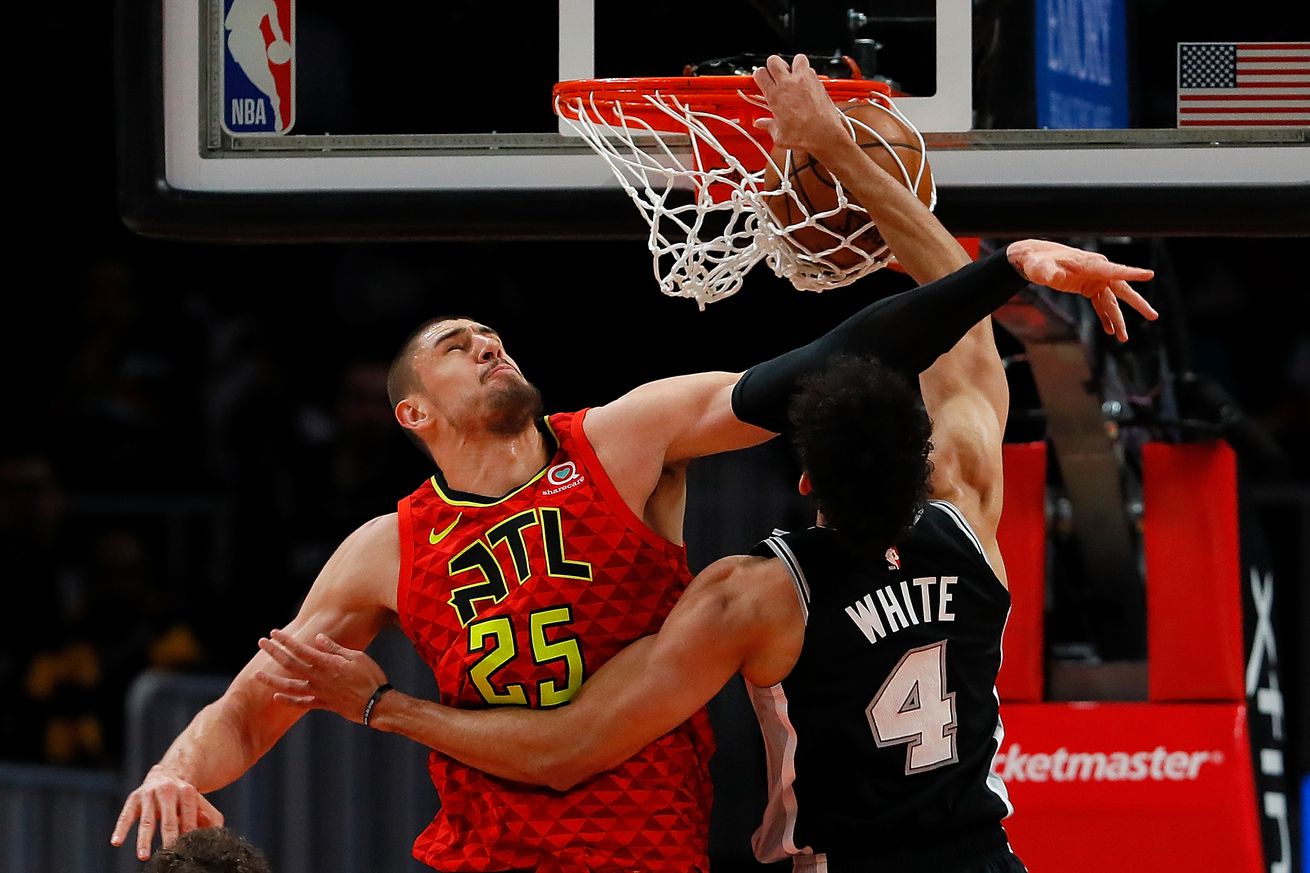 Don’t look now, but the Spurs have a nice little winning streak going at the moment. Seriously, don’t look at it. You might scare it away.

On its face, this wasn’t exactly the most encouraging performance from a team playing against a young group of guys (and Vince Carter) who are out of the playoff picture. The Spurs of yesteryear would’ve rolled into Atlanta, built out an easy 15 point lead, and let Tim Duncan watch the 4th quarter from the bench. That is decidedly not how this particular trip went.

The Spurs were sloppy in this game. They weren’t bad, per se, but it felt like everything was a little harder than it needed to be. It would seem like they were about to exert their grip on on things and then, all of a sudden, the focus would dip just a little bit and the Hawks would be right back in the thick of it. That’s how you get a situation where you’re leading by 10 for the majority of the 1st half and go into the locker room at the break down 1. It’s how you have two guys like LaMarcus Aldridge and Derrick White playing out of their minds but you’re still only up 3 with two minutes left in the game. The Hawks are not pushovers, but you still would’ve liked to see the Spurs put this one to bed a lot sooner than they did.

This game emphasized once again, and for maybe the millionth time this season, that these are not the Spurs of yesteryear. This is not a team that is sure of it’s place in the world and simply using the regular season to hone it’s skills for the playoff fight to come. This is not a team with three future Hall of Famers on it. They don’t have the luxury of waltzing into an opponent’s arena with a built-in 10 point lead based on their foundation alone. These guys are still earning it and (I can’t emphasize this enough) that’s okay.

I know we’re all still adjusting to the reality that our time as perennial threats to make the Finals has been put on pause for the time being, but I hope that disappointment doesn’t cloud how genuinely compelling the group we have in front of us is. Night after night, these guys are figuring things out and learning how to play together. How to win together. The veterans are adjusting to being veterans and the young guys are learning exactly what they’re capable of doing.

Look at Derrick White. He’s had some pretty good games in a Spurs uniform this season, but I don’t think we’ve ever seen him completely take over a quarter before like he did on Wednesday night. He was the best player on the court, hands down. He got to the rim when he wanted to, he made jumpers when he wanted to, and he found open looks for almost every single one of his teammates. He did everything. Shoot, he’s only just now learned that he’s really good at blocking shots, I mean, who knows what else he’ll be good at two weeks from now?

I found myself frustrated for pretty much the entire 48 minute run of this game and then, as soon as it ended, I couldn’t get over how lucky we are to get to watch this. This is a team that’s building for their future in the moment as much as it’s fighting for a spot in the playoffs — and the future is looking brighter by the game. There aren’t a lot of fanbases who can say that about their team.

I wish the Spurs were better right this second. I’m sure we all do. But they’re getting there. Let’s enjoy the ride.