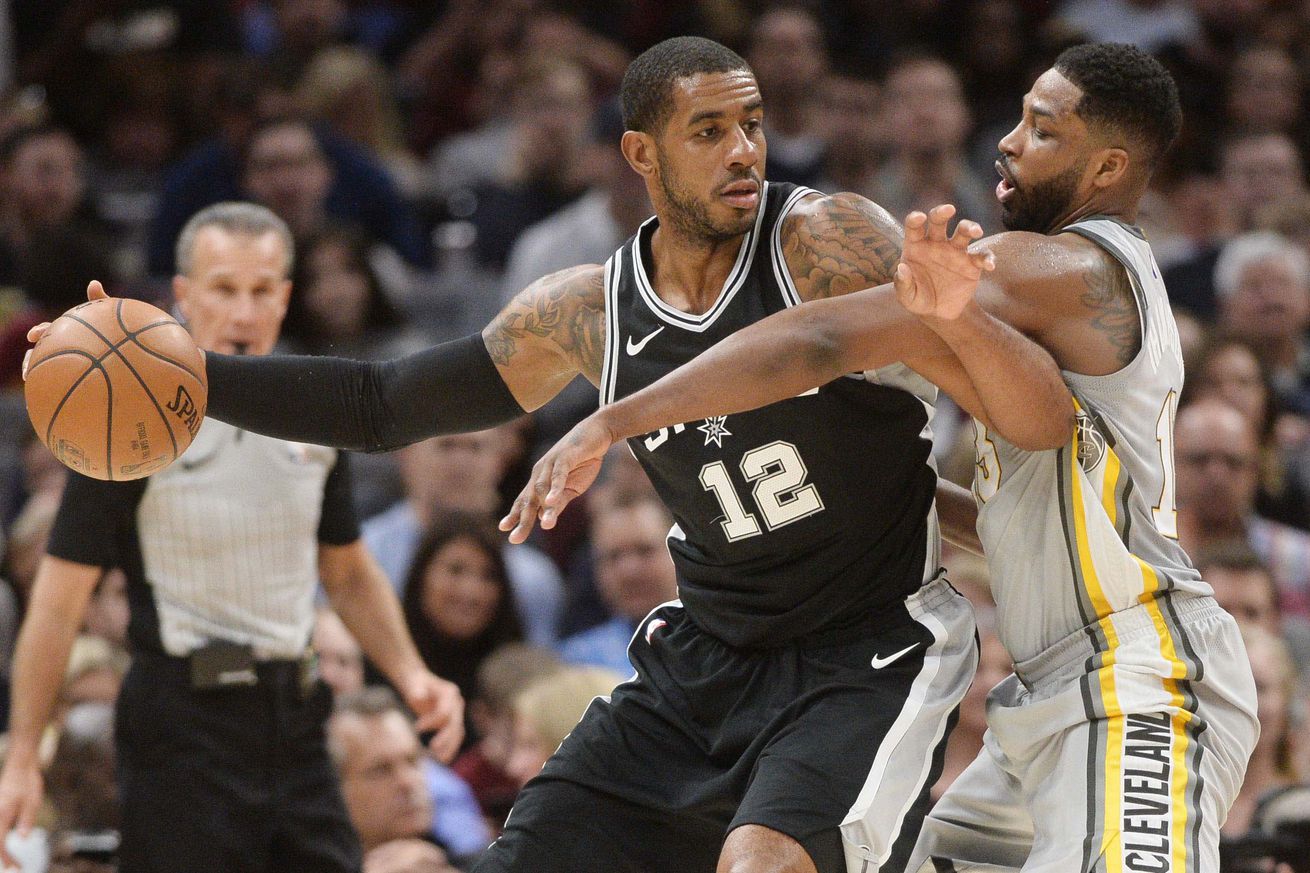 Defensive effort in the second half surged San Antonio past the Cavaliers.

The San Antonio Spurs snapped their four-game losing streak on Sunday, bouncing back to defeat the Cleveland Cavaliers, 110-94. After trailing 53-50 at the half, the Spurs used a 16-0 run in the fourth quarter to race away with the road win. San Antonio is now 14-19 on the road this season.

The Spurs paired a strong defensive fourth quarter with a blistering 60-point second half. The main difference was from distance, where San Antonio shot 47.4 percent on their triples, while the Cavaliers shot just 23.5 percent.

Which brings us to what we learned from the Spurs’ last game of the Rodeo Road Trip.

DJ with the board and a … Holy High-arching floater, Batman! pic.twitter.com/JCux8uzYKd

CLE finally doubles LMA and two quick passes free Pau for the drive from the arc to the rack. Leaving James and Smith with their hands up. pic.twitter.com/T6bAGTPX31

Kyle with a picture-perfect pickpocket. pic.twitter.com/M9DiUieFs2