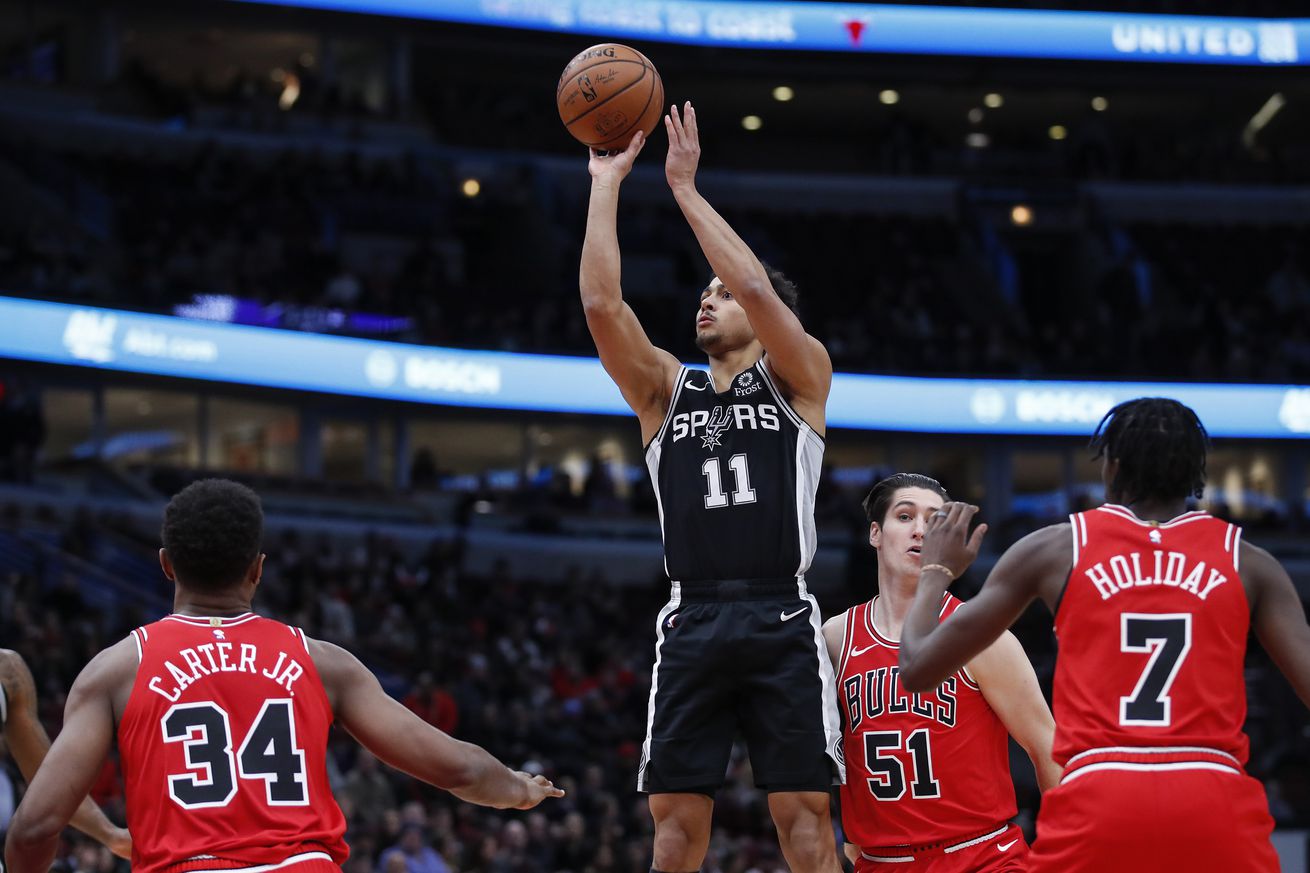 San Antonio pulls out a close one in Chicago

There’s no such thing as a must-win game in November. Teams are either already so far out of contention that they’re likely tanking already or they’re blessed with enough time left in the season to write off any loss as a building block towards future success. The Spurs are fortunate enough to still be in the latter camp, so Monday night’s tilt against a very young Bulls team would likely not rock the boat too much in either direction. All of that being said….

The Spurs needed to win this game.

Not because a loss would drastically change their probability for making it to the playoffs and not because a win would ensure that everything would finally be smooth sailing from here on out, but because they are better than the Bulls. Wins are a precious commodity in this league, especially with how many teams are bunched up in the West right now. Go ahead and take a look at the Western Conference standings.

The Spurs are not currently in the playoff picture and yet they’re just 3.5 games out of first place. That’s insane. The Western Conference playoff race is going be an absolute junkyard brawl and the scariest part is that said brawl is already underway. Every game is important and every win is vital and every matchup against a team with a losing record is a beautiful oasis in the middle of a harsh desert. Dropping a game to a contender like Milwaukee is one thing, but blowing a game against a team whose fans are probably watching Zion Williamson highlights might as well count double.

The Spurs shouldn’t be playing footsie with a team like the Bulls. These should be comfortable wins where the starters get to spend the 4th quarter covered in towels and we get to see Chimezie Metu run around and stretch his legs. I say that not out of some sense of hubris, but more as a statement of fact. Right now, the Bulls are playing for their future and the Spurs are playing for their lives.

It didn’t seem that way much of this game. It’s not like the Spurs weren’t trying their best, but it felt like everyone was a step slow. Passes were continuously thrown behind a cutter and defensive rebounds kept bouncing just out of reach. The game was close the entire time and, yet, it sometimes felt like a scrimmage. I continue to give these guys the benefit of the doubt because I know the NBA season is a grind. I just feel like this particular Spurs campaign is extremely fragile at the moment. They can afford a couple three game swoons, but I’m not sure the season could survive one that stretched out to six. It gets harder and harder to make the math work.

There’s no such thing as a must-win game in November.

This is an objective fact and it’s one that I hope the Spurs start to ignore. They need to play with a sense of urgency on nights like this cold Monday in Chicago when they would probably rather stay in the hotel. They need to act like each game might be the one that makes a difference between making the playoffs and missing out.

The Spurs need to win these games in November because, if they don’t, the real must-win games are going to come a lot sooner than we think.