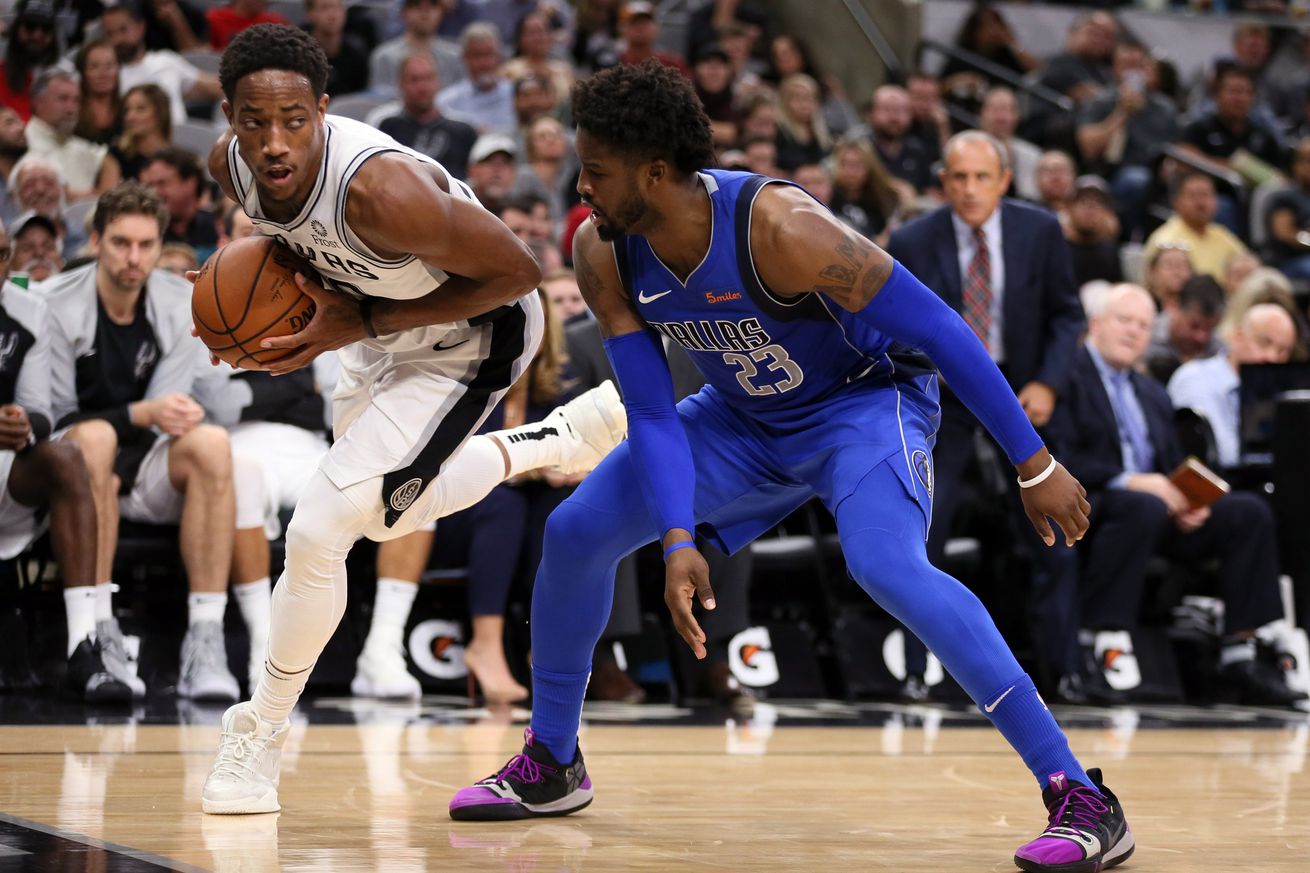 I’m going to have to stop complaining about DeMar Derozan playing hero ball at the end of games, at least until he stops being such a dang hero all the time.

Once again, the Spurs found themselves locked in a tight contest tonight, up 3 with 17 seconds left in overtime. Once again, the ball found itself in DeRozan’s hands. Once again, DeMar waived everyone out to the far reaches of the court to ensure that he had enough space to operate and, once again, he used that space to drain a mid range jumper and ice the game.

Every Spurs win this season has seen DeMar with the ball in his hands at the end of the game and all but once he’s taken that ball and done what star players are supposed to do. His job is to be the best player on the team and the best player’s job is hit shots when it matters. I can rant and rave all day on here about how I wish Pop would reach into his bag of tricks and pull out some triple screen back door cut that results in an open layup, but the reality is that right now we have a guy who is getting the job down without all that.

Will it go on the Team Basketball Highlight Reel? No. Will it go in the win column? Yes.

That’s all you can really ask for. Eventually teams will have to start double teaming him or something. They’ll do whatever they can to get the ball in anyone else’s hands, but when that time comes the Spurs will have a man open. DeMar’s shown us that he knows how to run that play too.

He just hasn’t had to yet.

Pop once compared Bryn to Steph, and most people thought he was kidding.
I see flashes with his shooting and drives to the hoop.pic.twitter.com/kySrfvOaaT