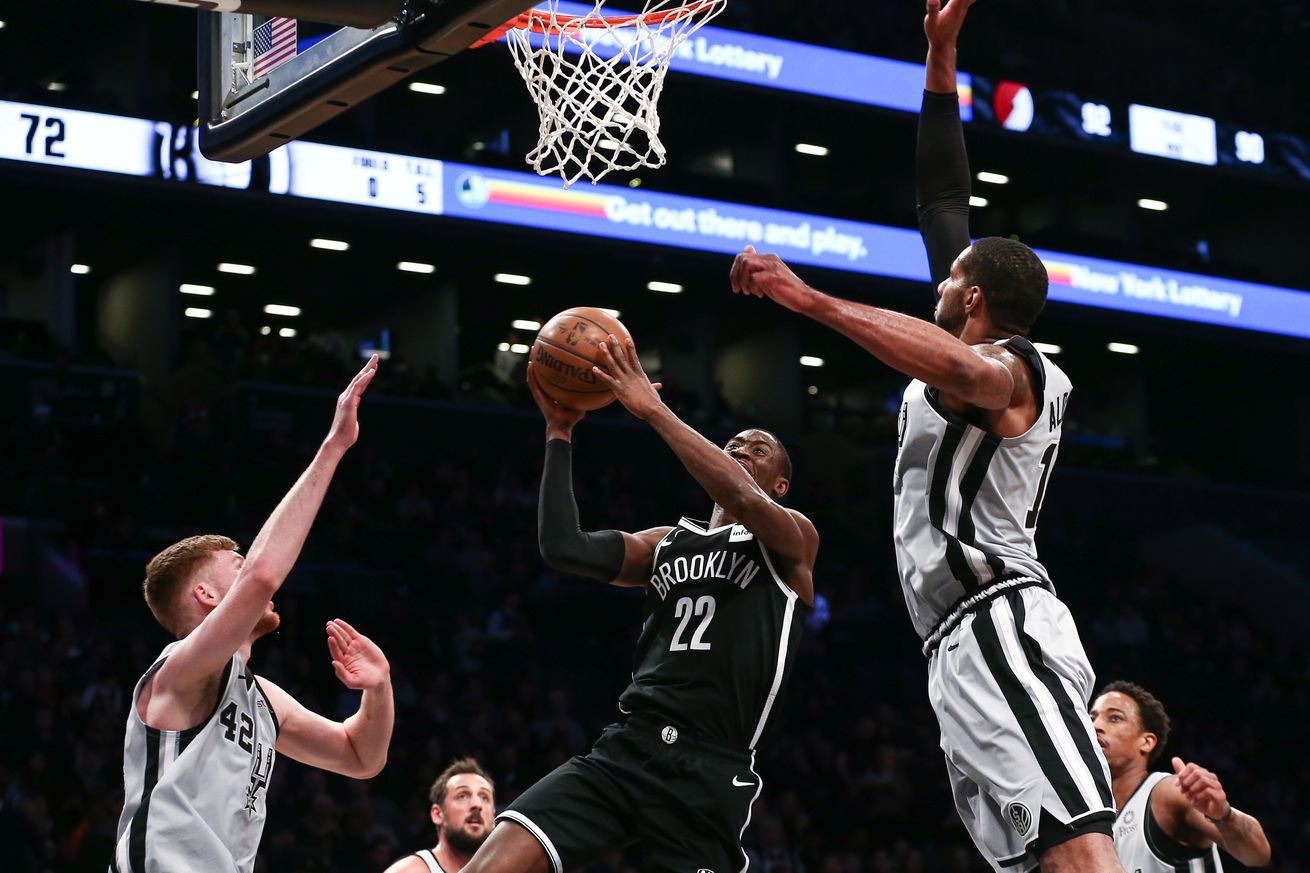 The Spurs start bad, play bad in the middle, and then go ahead and finish really bad against the Nets in a gloomy finale to the Rodeo Road Trip

The Spurs have had some pretty bad losses this year and this one against the Nets was right up there with the worst of them.

There have been tough losses too, like the one against Toronto last Friday or against the 76ers or the Nuggets a few weeks ago. The tough ones hurt because you feel like a different bounce here or there and the result goes the other way. You think about about those a lot as the race for a spot in the playoffs winds down to it’s conclusion and those tough ones loom larger and larger.

This wasn’t a tough loss, though. This was just bad. A lifeless affair that stank from the get go. This felt like the game they lost to the Suns by 20 or the Timberwolves by 39. The Spurs have more of those types of losses this year than I care to think about, and it’s a huge bummer. I can’t remember a season, recently at least, where they have ever looked this discombobulated for such long stretches. Every season has had it’s off nights and what not, but this…I don’t know what this is anymore.

This team also has the capacity to go missing from time to time. They weren’t ready to play against the Knicks on Sunday, they haven’t been able to find any sort of rhythm or cohesion at all during this road trip, and they pretty much spent the back half of January scrambling for answers against teams like the Grizzlies or Hornets or Clippers that should be bankable wins for a team with the Spurs talent. Some nights it just feels like the players are still out there on the court, but the kid with the controller went to go get a snack and left his game on.

The Rodeo Road Trip, historically speaking, has been a really fun time for the team and it’s fans. Former players talk a lot about how important it is to get out on the road with your teammates for extended periods like this, away from any distractions or responsibilities. They spend a lot of time together, eat all their meals together, and generally just get to know each other better while sharing this weird experience of extended time on road because their home court has been invaded by cows.

I was honestly so excited for this particular team to get to the Rodeo Road Trip part of the season because I was ready for them to write their own chapters of Rodeo lore. I wanted DeMar DeRozan to experience going out for fancy Italian meals in Utah with Gregg Popovich and feel like he was part of the family. I wanted Derrick White and Bryn Forbes and Lonnie Walker IV to watch guys like Patty Mills and LaMarcus Aldridge and Marco Belinelli so they could start building their own version of the Spurs Way.

I thought this trip was going to be the part of the movie where our heroes come together, level up, and march down the final stretch of the season leaving panic and destruction in their wake. Instead, I think this is the part of the movie where our heroes need a mentor from their past to find them skipping rocks down by the old train tracks in order to give them a pep talk or something. I dunno, I’ll have to check the the Heroes Journey manual again.

It’s frustrating. I’m frustrated. You’re frustrated. I assume that the guys in the locker room are frustrated. But what next? What comes after the frustration and the team meetings and the reset buttons? What happens now that we’ve all agreed that games like this one in Brooklyn on Monday night simply can. not. happen? What now, guys? We’re all waiting for some sort light bulb to go off like it did in December when the Spurs rattled off about as close to a perfect month as you can get in this league. Until it does, I’m not sure what there is to say about the Spurs at the moment.

The Spurs are currently in 8th place in the Western Conference.