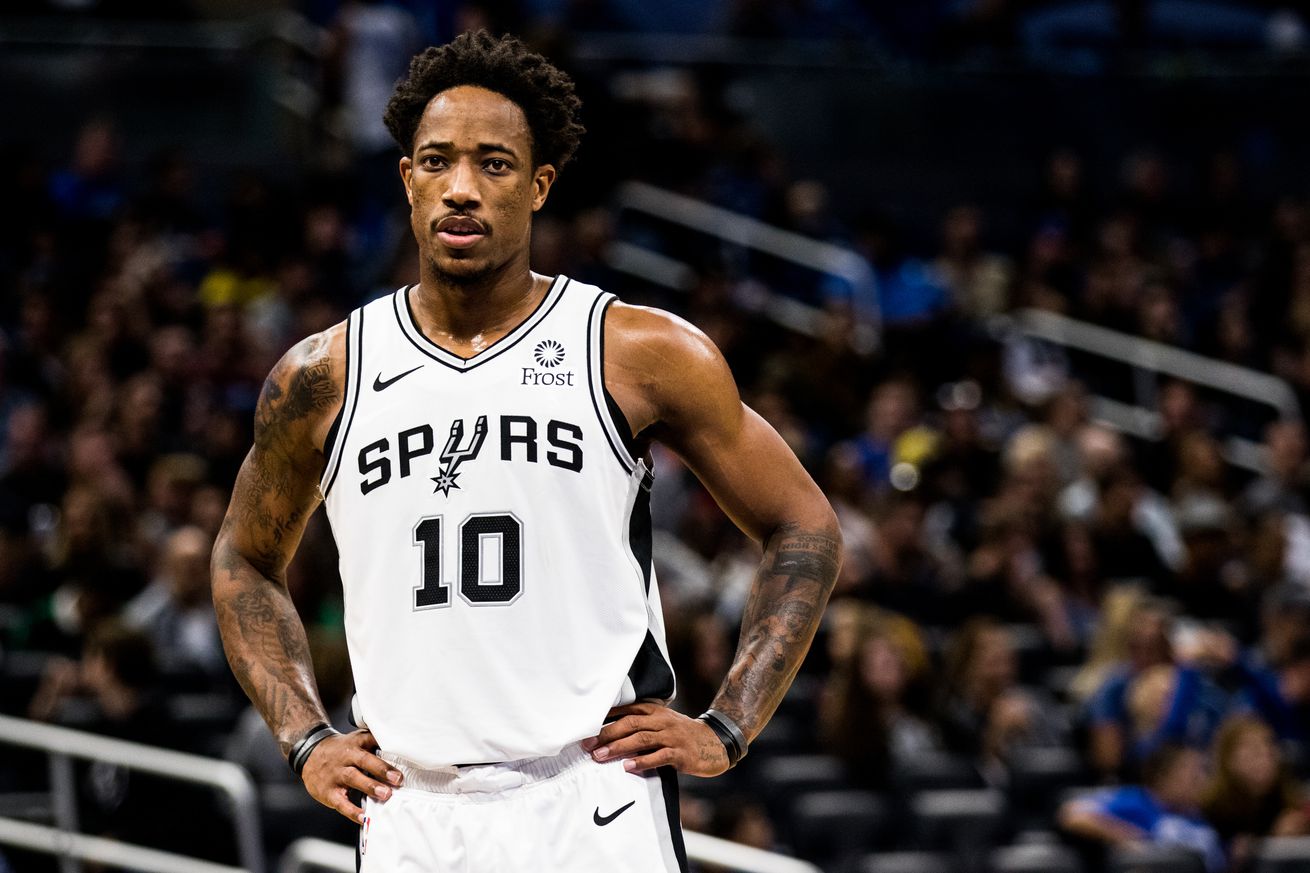 If you thought Wednesday’s loss to the Wolves was bad, wait till you get a load of this one

It will not surprise me one bit if Gregg Popovich manages to pull yet another rabbit out of his hat. Can’t you see it? We’re going to be sitting here come February looking back on all these panicky takes and just laughing our heads off about how silly it all was. “Can you believe we thought Trey Lyles was a bust?” we will say to each other while watching him compete in the three point contest during All-Star weekend. This would not surprise me even a little.

We’re going to be so embarrassed for thinking LaMarcus Aldridge was washed up. SO embarrassed, you guys. Especially when we check out the mid-season stats and realize that he’s now averaging something like 25 points a game and gunning for a spot on one of the All-Defensive teams. “Trade DeMar? People wanted to trade DeMar?” That’s going to be a take they want back, for sure, I can feel it. Maybe he hasn’t looked great these first few weeks but when he finally starts clicking and turns it around, boy, the egg is really going to be on our face about that one.

Maybe the defense rounds into shape? Yea. That’s it. Maybe they finally settle into a scheme and just start hounding the rest of the league. They’ll cut out all this nonsense that’s happening right now where no one can seem to crack the code on back door cuts and stuff like that. Dejounte Murray will fulfill his destiny as an elite ball stopper, DeMar is going to start racking up 4 to 5 steals a game, and guys like LaMarcus and Jakob will just become monsters protecting the rim. Maybe even Marco remembers how to stay with his man from time to time. (As long as we’re dreaming, might as well shoot for the moon, right?)

It’s hard, you know? I’m sitting here in the aftermath of the Spurs blowing a 16 point lead to the Orlando Magic in November and I’m trying to figure out where we go from here. It all seems bad. The house is on fire and it sure looks like everyone on the team is still sitting in the living room drinking coffee. I want to freak out. I want to panic. I want to run around banging pots and pans together at three in the morning because that makes more sense to me than whatever it was that we just watched happen on the basketball court. Every fiber of my being is screaming it’s lungs out telling me that this is bad and it’s only going to get worse.

But the Spurs always figure it out. The Spurs always have a plan. The Spurs always have money in the banana stand. Obviously, this organization has earned a level of trust from us over the years and they certainly do have a proven track record of waiting for people to fully count them out before slinking back into the picture with a trollish grin on their face. We should have faith. We shouldn’t lose our heads. It’s hard, though.

It’s infuriating to be told to just be patient. I don’t want to be patient. Who wants to be patient? We live in a world where I can whip my phone out and find the answer to almost any question I could possibly want to know the answer to in less than a minute and yet you’re telling me I have to sit through a few more weeks of this nonsense before the Spurs finally start playing a full 48 minutes of competent basketball? Come on. I don’t know. I don’t have the answers and I’m not sure anyone does. It’s usually not until at least mid-season that the Spurs cause me to have an existential crisis but, hey, maybe we’re just getting it out of the way early this year.

This game was as bad as it looked. The Spurs are as bad as they look. Maybe those facts will shift and change as the season moves along, but that’s where we are right now and I don’t really see the point in pretending otherwise.

I can’t wait for this to all seem silly. Can’t wait.