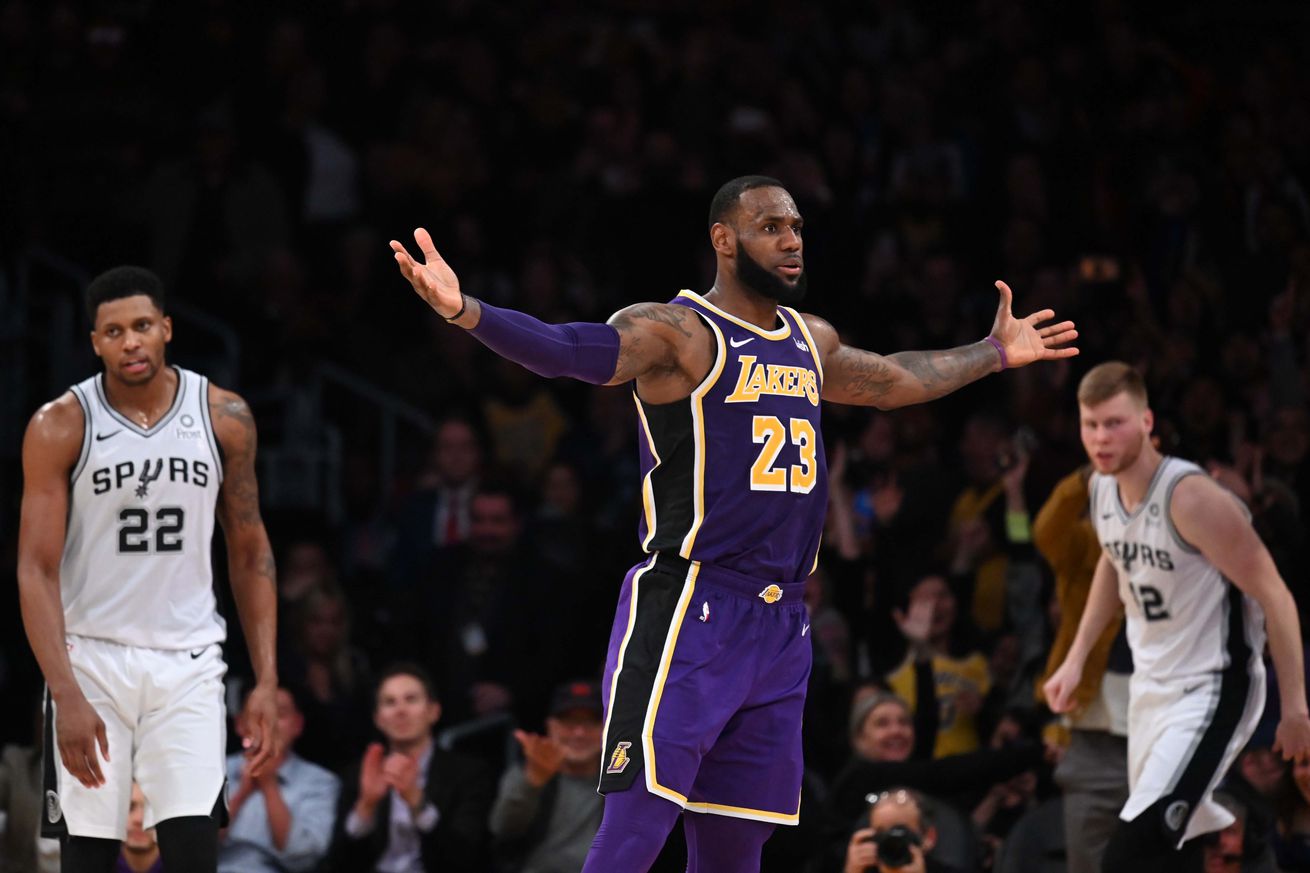 Spurs miraculously don’t get blown out by 30 points, still come up a short in Los Angeles,

ESPN’s double header featured a Toronto-Philadelphia matchup in the early game, treating us to a chance at watching a fully armed and operational Kawhi Leonard assert his presence into the MVP race by dropping 36 points and stifling the a very good Sixers team down the stretch. As much as I’m trying my level best to not care about what happened last year, sometimes it just hurts more than others. Kawhi is so dang good. He used to play for us and now he plays for them and it’s just a huge bummer that’s hard to ignore. I’m dreading January 3rd.

As the Raptors game ended, the broadcast cut out to Los Angeles to a feed of LaMarcus getting some shots up before the game and you couldn’t help but wonder, which Spurs team was going to show up tonight? The lifeless bunch that was blown out by the Jazz on Tuesday or the guys who couldn’t miss a shot against the Blazers on Sunday?

Turns out, the Spurs refused to play my game and sort of split the difference. They stayed competitive with the Lakers through most of the game, had bursts of offensive brilliance, stretches of decent defense, and ultimately succumbed to a 20 point 4th quarter outburst from the best player on the planet. There’s only so much to be done sometimes.

In spite of the loss, this was a much more encouraging effort from the Silver & Black. I think most of us honestly don’t mind if they lose games. That’s going to happen and, especially in this weird season, I think we’ve resigned ourselves to the idea that we’re going to be losing more than we’re used to. But they can’t make us keep sitting through many more 30 point losses. They just can’t. It’s too sad.

He only had 2 points, but Derrick White orchestrated my favorite Spurs play of the evening. Bringing the ball up the court in the 2nd quarter, he subtly turned and drew the defense towards towards him with a little burst to his left leaving just enough space for Marco to dart behind the defenders from the wing. White then slipped it through for a pretty little reverse layup. It’s the type of play that you wish the Spurs could run almost every time down the court.