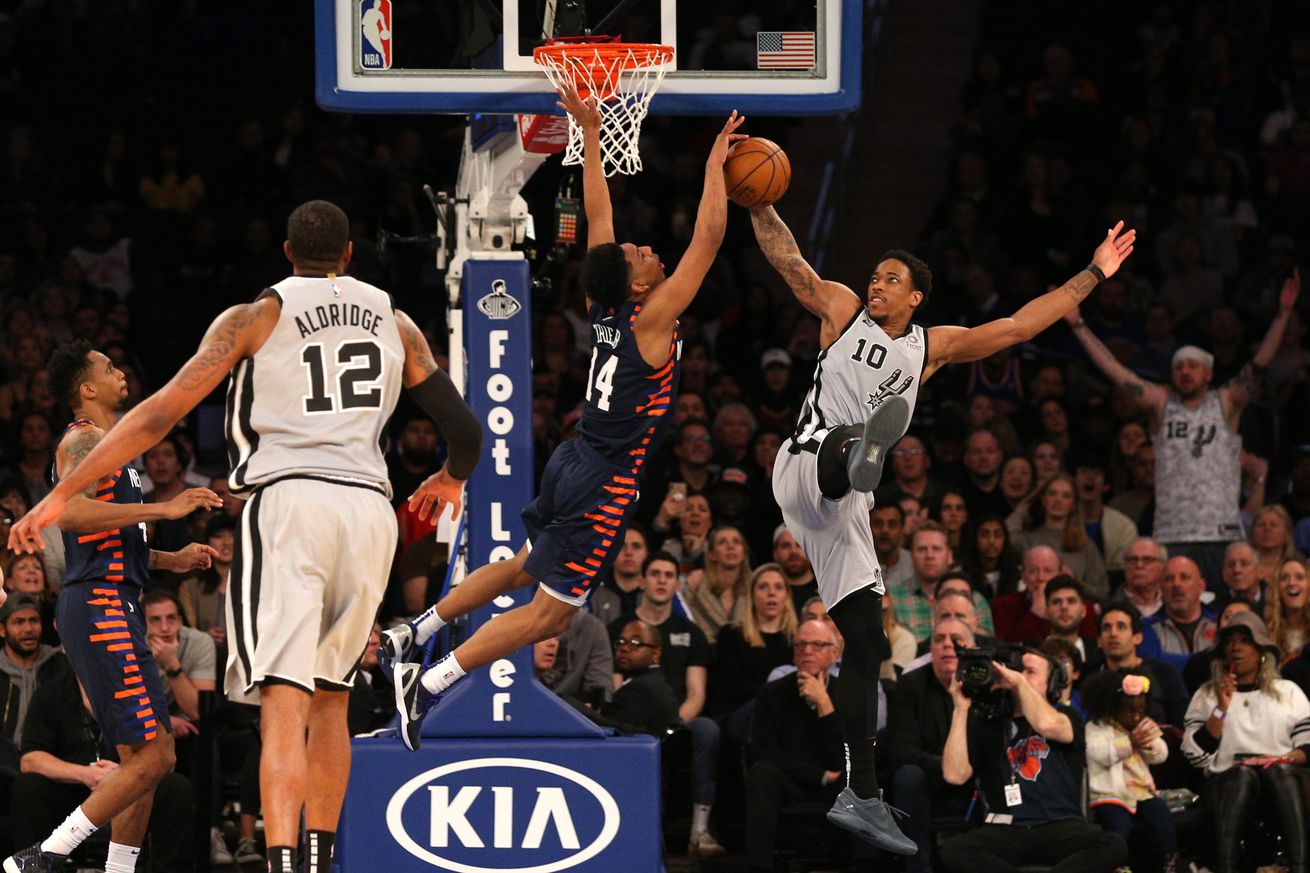 The Spurs got embarrassed on national television last night, and also they lost to the Knicks.

When you can’t beat a team that’s trying to lose, things are probably not great. This was a bad game. A Terrible, horrible, no good, very bad game.

With many of the Spurs recent losses the general thinking has been that it will be okay because the schedule only gets easier from here. Well, guys, this was supposed to be one of those easy ones. If you aren’t going to win these either then what’s the point of all these excuses I’ve been making for you? It feels like, in spite of all the success this team has had this year, we’re right back where we were in November. There’s no fire on offense, the defense can’t stop anyone, and they just recorded a loss to a team that’s trying to tank.

Things are not great now, and the Spurs are running out of time to fix it.