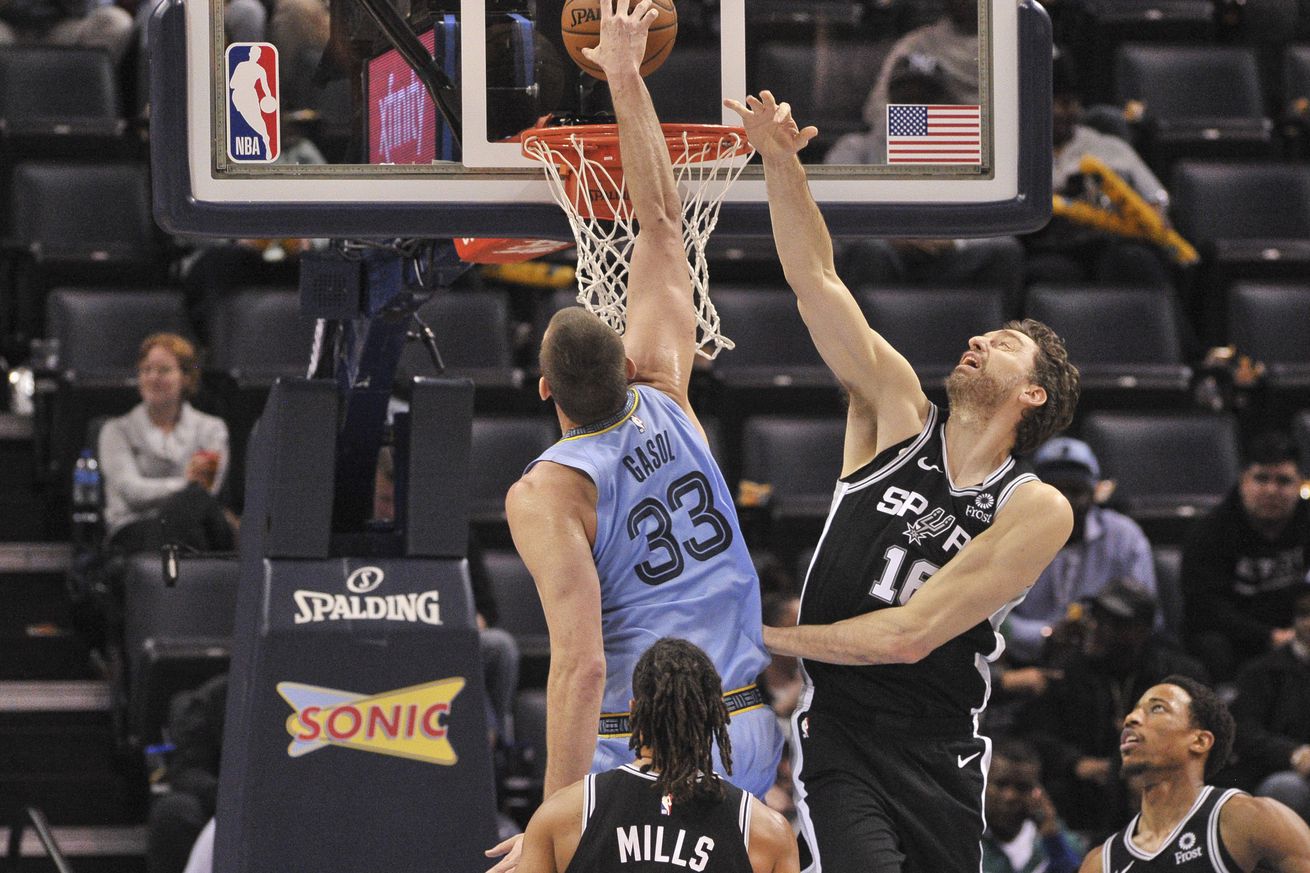 The Spurs held the Grizzlies to under 100 points … and other things that had little effect because they only scored 86.

Sooner or later, the Spurs were bound to get burned by their weird tendency to not get into rhythm until about the seven minute mark of the first quarter. The Spurs started this game missing most of their shots and continued that trend for the duration. That’s just not going to work.

I’ve always felt a certain disdain for teams that seemed like they were biding their time during the regular season, confident that come playoff time they would be able to flip a switch and be good when they needed to be. Think the early ‘00s Lakers or some of those 2nd era Cleveland LeBron teams or even this year’s Warriors. There is just an infuriating amount of arrogance at play with that strategy which I find entirely annoying. This annoyance is often exacerbated by the fact that those teams are usually right. They could just flip the switch and everything, for the most part, was fine. I would find myself watching them and begging for some type of comeuppance to smack them across the face and teach them the error of their ways and those pleas usually went unanswered.

These Spurs are not one of those teams. They are not arrogantly drifting through the season, confidant in their position in the league and waiting for when the games count. They are locked in a battle with pretty much the entire Western conference for playoff spots and they seem very aware that one little losing streak could drop them back down into the dregs of the standings. Not even a big one. As it stands right now, if the Spurs drop their next 3 games, they are out of the playoff picture before we’ve had time to do a spit take.

I know what you’re thinking. If it feels like the Spurs have been riding high for a more than a month now and, by all accounts, they really have. They’ve been one of the best teams in the league recently and coming into this matchup they were carrying a 5 game win streak. It was almost enough to where we could all let our guards down just a little bit and start thinking about what comes next. Now, all of a sudden, these two upcoming games against the Thunder feel sort of do or die and that’s extremely disorienting.

Wasn’t everything going so well just a second ago?

That’s what made this performance against the Grizzlies so frustrating. It isn’t the end of the world or anything, but I’d be lying if I were to say it wasn’t a bit deflating. It’s a stark reminder of just how fragile this whole operation is. The Spurs had time for exactly one swoon this year and they already had it. In this type of competitive climate, one more swoon might be enough to make it all collapse around our heads. The harsh reality is that, while they don’t have to be perfect from here on out, they sort of have to get close. That’s a lot pressure on these guys and it’s going to be there the rest of the season. We’re not even at the All-Star break yet!

It would be fair to say that I’m being dramatic about all this. It’s one game, Rudy was out, we were due for a stinker, etc, etc. I know this. I understand this. It’s entirely possible that we go out and sweep OKC this weekend and the Narrative will continue marching on unabted. All I’m trying to emphasize is that…well, there’s no version of this season where each game isn’t crucial. If every win is huge then every loss is huge too. That’s sort of the deal.

The Spurs were never going to be perfect the rest of the way and they were about as far away from perfect as they could be Wednesday night. I’m not advocating that any Spurs fans start panicking or anything. In fact, I could probably stand to calm down a little myself. I just think it would be foolish to not acknowledge how precariously this team is tip toeing along the edge of the abyss at the moment.

Know that it’s there but, whatever you do, don’t look down.