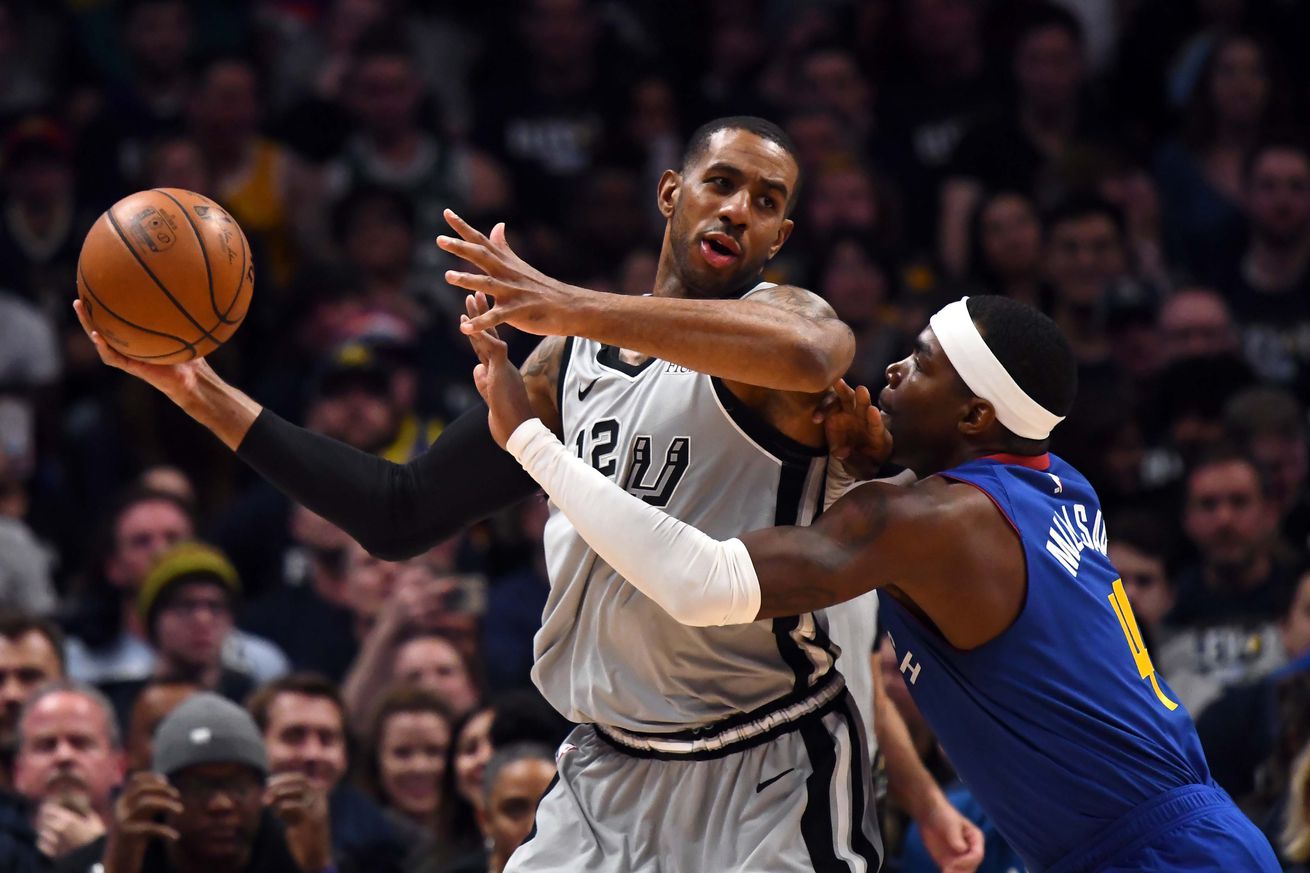 After San Antonio waltzed into Denver and stole Game 1, we just might have a pretty fun series on our hands

In the immediate aftermath of an intense playoff game, it’s sort of difficult to sift through exactly what it was we just watched.

Was that good? Did I enjoy it? Are we having fun yet?

You can’t really nail down the flow of anything and the memories fly around in your head like some hyperactive six year old has gotten a hold of the clicker for your internal slide projector. **click** Jakob Poeltl’s little pick and roll alley-oop was sweet. **click** Marco was sort of stressing me out. **click** Man, the Nuggets couldn’t hit anything **click** IT SURE SEEMS LIKE THE NUGGETS COULDN’T MISS SOMETIMES. **click** Did….Derrick White just end Paul Millsap’s whole career? **click** Wait, is it over already?

It all runs together into a weird little mass of content that I’m sure we’ll spend the next few days untangling, picking apart, and rearranging into something resembling a narrative that makes sense. Should Denver feel good because they missed so many open shots and still kept it close or should they panic because they let one slip away at home? Are the Spurs happy to have gotten a win with their star players not quite at their best or is their substandard play a distressing omen of things to come? The first game of a playoff series always seems to invite more questions than answers and, honestly, it’s pretty rude. We probably won’t be able to tell what we actually thought about Game 1 until at lest two days after Game 2 and by then we’ll have a whole host of other things to worry about. The Playoffs are not easy on the brain of a fan.

So let’s forget for a second about trying to figure out what we know. Let’s instead focus on how we feel. Are we feeling good?

Last year’s playoff run saw the Spurs valiantly attempting to fire a handgun into a hurricane and, save for a few heroic moments from Manu, it was a pretty sad affair all together. The outcome was pretty much set in stone from the get go and each game was just a steady march through to our inevitable doom at the hands of a juggernaut. Not fun.

This is not that series. Here are two teams that have a lot talent, a lot of heart, and lot of incentive to find a way to win. They are as capable of making incredible, jaw dropping plays as they are of making boneheaded mistakes that cost their teams dearly. These guys are going to battle each other up and down the court for 48 minutes and they are going blow our minds and break our hearts and have us all ready to sit down and do it over again two days later.

The Spurs are up one game in a hyper-competitive series. It feels good.

We’ll figure the rest out later.