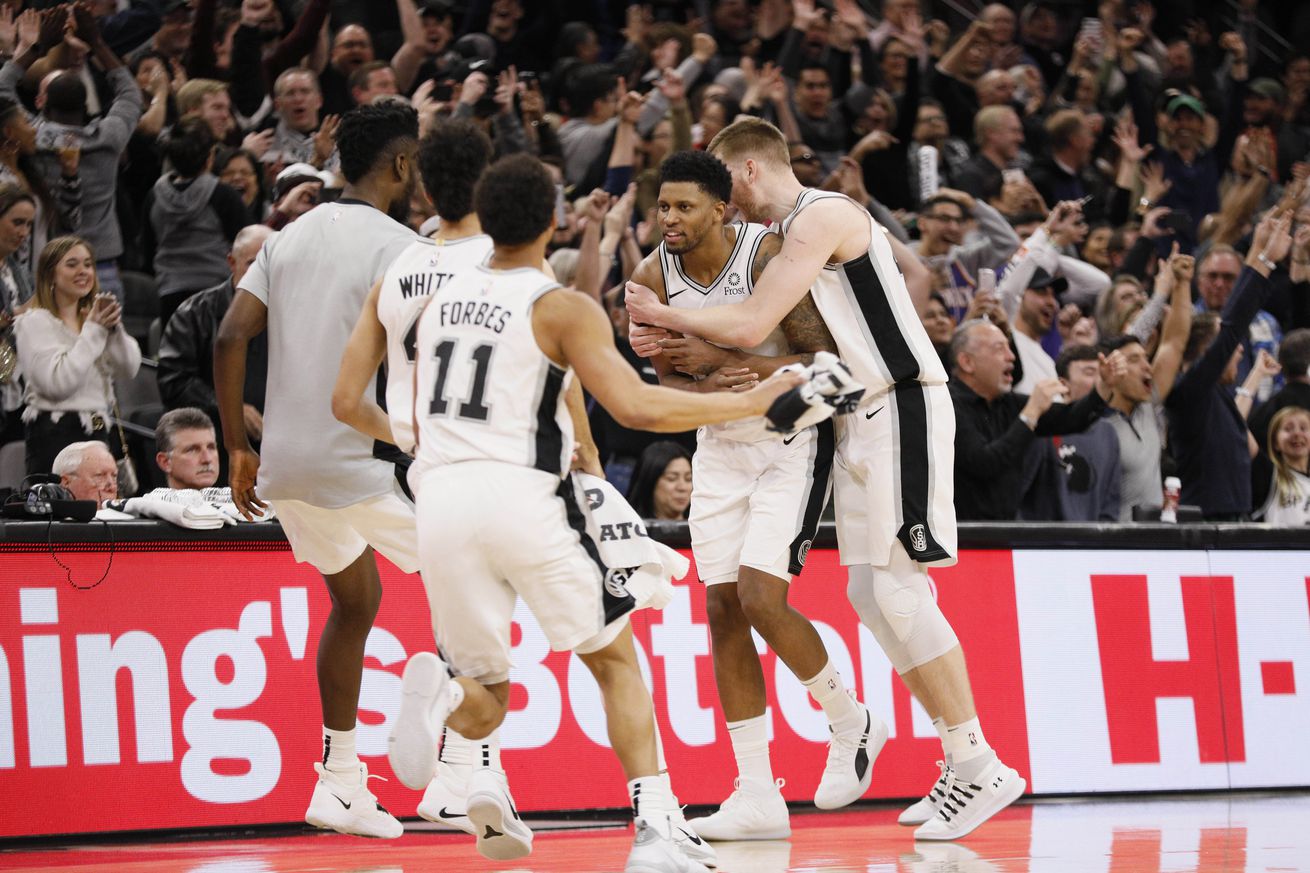 Why have the Suns managed to play the Spurs so well this year? The 20 point loss they handed to the Silver & Black back in November still haunts my dreams and this one will stand as one of the weirder down to the wire games we’ve seen all season. There’s no way to dance around the fact that the Suns, while loaded with young talent, are in a dogfight for worst record in the league and came into this game on an 8 game losing streak. The Spurs have designs on being a team that makes some noise this postseason. A matchup with the Suns shouldn’t be this close and the fact that it was means something went wrong on Tuesday.

I’m not saying something is wrong with the Spurs, per se, but this game was not them playing at peak performance. In spite of the close score, the proceedings had a weird casual nature to them. It was almost like a pre-season game. The intensity, even in the final moments, just wasn’t there. Marco just straight up had the ball ripped out of his hands for a breakaway dunk with 20 seconds left. How does that happen?

Don’t get me wrong, I had a great time watching the boys just throw caution to the wind and let it fly from beyond the arc. In the moment, it was exhilarating to see Bryn Forbes play a little hero ball and Patty Mills save lost possessions with a dagger from deep. Davis Bertans seemed like he was on a personal John Wick style mission to get revenge for his three point contest snub. His three with 30 seconds left was the encapsulation everything we’ve always thought Davis could be for us and it’s amazing to see him own a moment like that.

In the cold light of day though, we have to ask ourselves…what are the Spurs doing shooting 34 threes? Who are these people? It was great to see Davis hit 5 from deep, but he also missed 7 from out there. That’s a lot of failed possessions. This team has showed itself to be more than capable of scoring crazy amount of points this year without having to launch copious amounts of three pointers because they play smart and efficient offense. The Spurs had moments of that in this game, but too often it felt like they settled for the easy way out.

I’m happy that they managed to escape with a win, but there’s a part of me that wishes they didn’t get away with it. The Spurs played lazy offense and even lazier defense in this game. They were out rebounded and they turned the ball over too many times. Frankly, they got out hustled by the Suns at almost every turn and they managed to survive because LaMarcus Aldridge is the living embodiment of a double-double right now and because Rudy Gay was put on this earth to hit mid-range jumpers right in people’s faces. The Spurs got away with one tonight.

I just hope they know it.