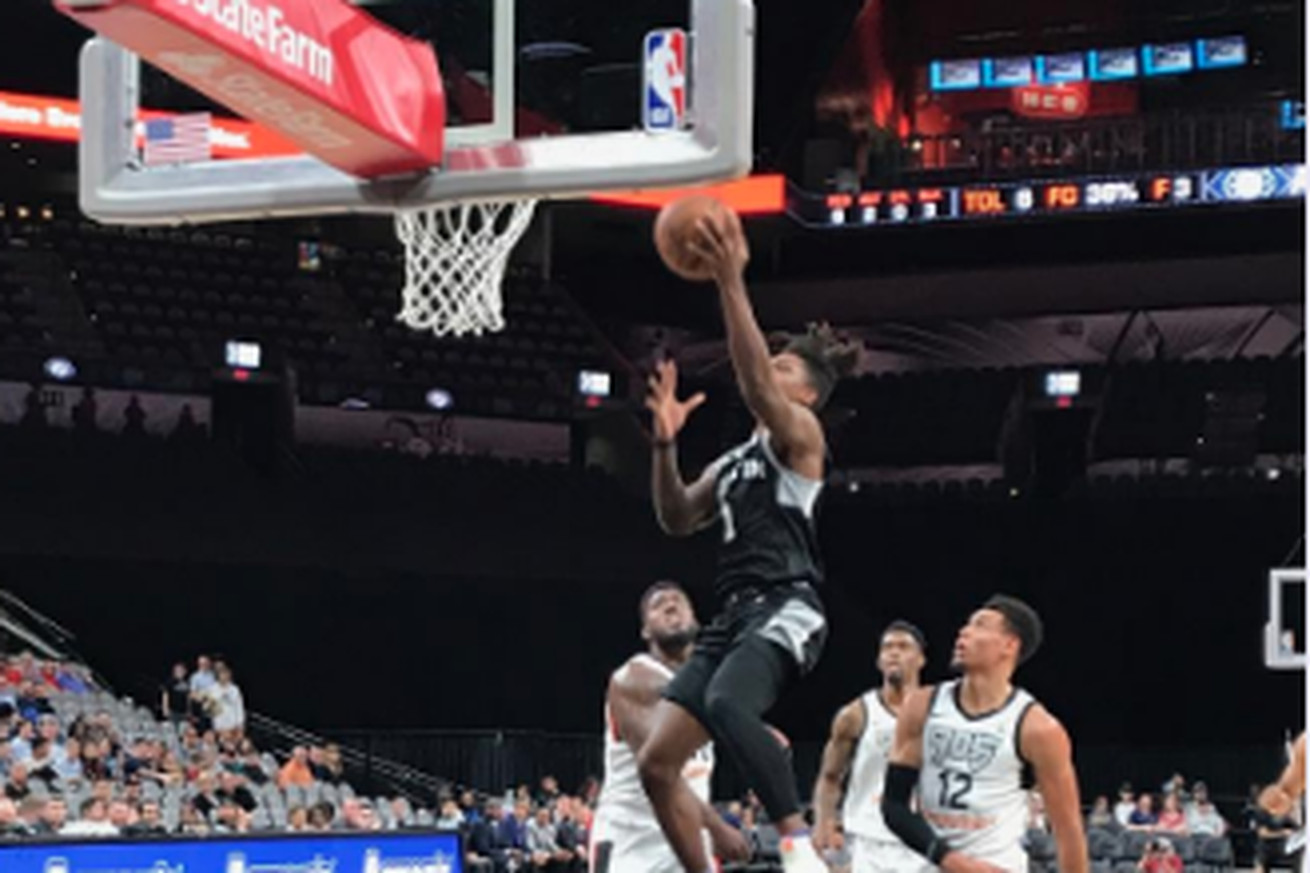 A nail-biter almost went into overtime.

As previously mentioned, the Austin Spurs made their 4th annual trip down I-35 to San Antonio. In this edition of the AT&T Center trip, the Austin Spurs took on their 2018 G-League Championship rivals the Raptors 905, whom the Spurs vanquished in two games last spring.

This night was not to work out for them as easily as the Spurs had a rough start and played catch up for much of the game. The down-by-a-dozen-to-comeback-and-tie-it-up game of cat and mouse continued throughout the game.

For those who could not attend, here is a condensed version of the game: