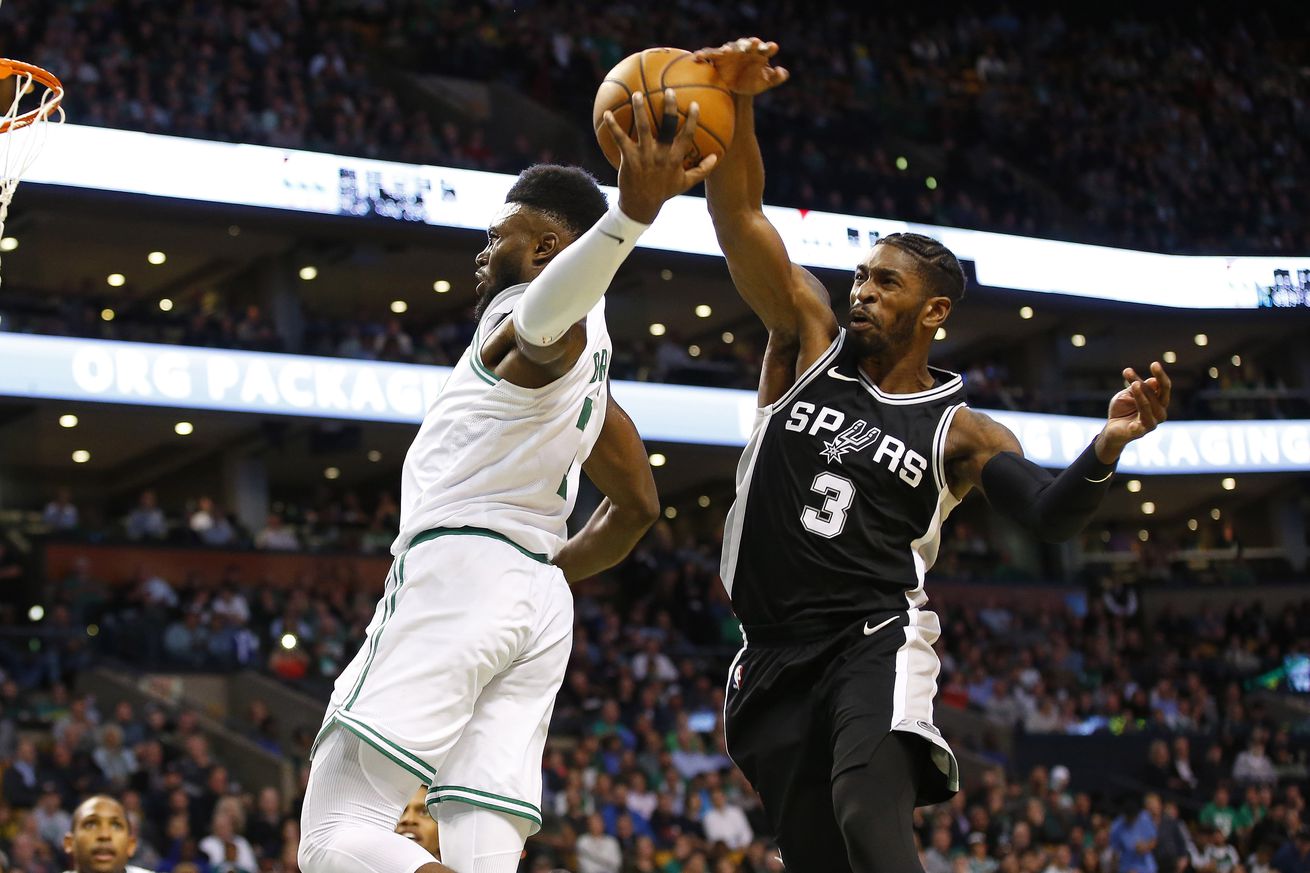 San Antonio just cleared a roster spot — here’s what may come next.

The Spurs bid farewell to guard Brandon Paul on Tuesday, a move that won’t make waves around the association but which nonetheless opens up some possibilities for where the team could go from here.

Paul leaves behind no real void after struggling to crack the team’s rotation last season. In 64 mostly garbage-time appearances he mustered 147 points, good for 13th on the roster and, funnily enough, one greater than Kawhi Leonard. While first-year players have to typically bide their time in San Antonio, his tenure still feels disappointing given the need for the kind of three-and-D player many thought he could be. Beyond the high hopes we at PtR had for him, Paul also received substantial preseason hype from outlets like The Ringer and BBall Breakdown as the heir apparent to the next Jonathon Simmons narrative.

Here are a few other notes, thoughts, and takeaways:

The Spurs waited until the eleventh hour to make the move

The remaining $1.4 million on Paul’s contract would’ve become fully guaranteed for next season had the Spurs not waived him on Tuesday. That may suggest that his non-guaranteed spot was always more a placeholder than anything, giving the Spurs wiggle room in a trade or insurance in case all the other options the team was exploring through the offseason fell through. Either way, that’s now gone and Paul will enter the next stage of his career as a free agent.

The Spurs were stacked at the two

The line can sometimes blur between ones, twos and threes, but the reality of the Spurs roster is that they had few players that could serve as either primary ball-handlers or guard larger wings, and a lot of everything else. That’s a list that includes DeMar DeRozan, Marco Belinellli, Bryn Forbes, and Lonnie Walker IV, and could be extended to Derrick White and Patty Mills depending on how much you think their skills are suited to playing off the ball. At 6’4” but with a long wingspan, Paul may have been able to do some of the latter, but he mostly added to the redundancy of perimeter guys who can’t play the one in the NBA.

The rotation could still do with the platonic ideal of Brandon Paul, a lockdown wing who can stretch the floor and hit threes. Finding those guys is easier said than done, but it’s still a need after the Spurs suffered the exit of three elite defenders this summer.

There aren’t many viable options remaining in NBA free agency

According to Spotrac, the Spurs’ current salary cap situation allows them to still use the $3.3 million Bi-annual Exception, should they choose to — but is there anyone willing to sign for that who would fill a need?

The Spurs have some options in-house

2015 first-rounder Nikola Milutinov isn’t expected to come over, but PATFO could still use a roster spot on someone like 2017 pick Jaron Blossomgame or 2018 second-rounder Chimezie Metu.

This is likely the final offseason thought still percolating on Spurs fans’ minds with the 14th guaranteed roster spot still occupied by Manu Ginobili who is, as far as we know, still mulling over the possibility of retirement. Let’s go live to the 41-year-old for comment:

We’ll need to wait a little while longer on an official decision from Manu Ginobili — or at least until he’s back down from that mountain — but it could be a good sign that he let the clock run out on Paul considering how close he is to PATFO.

The Spurs have historically preferred to operate with one open roster spot going into the regular season, which is reason enough to think they won’t be rushing to fill it any time soon.