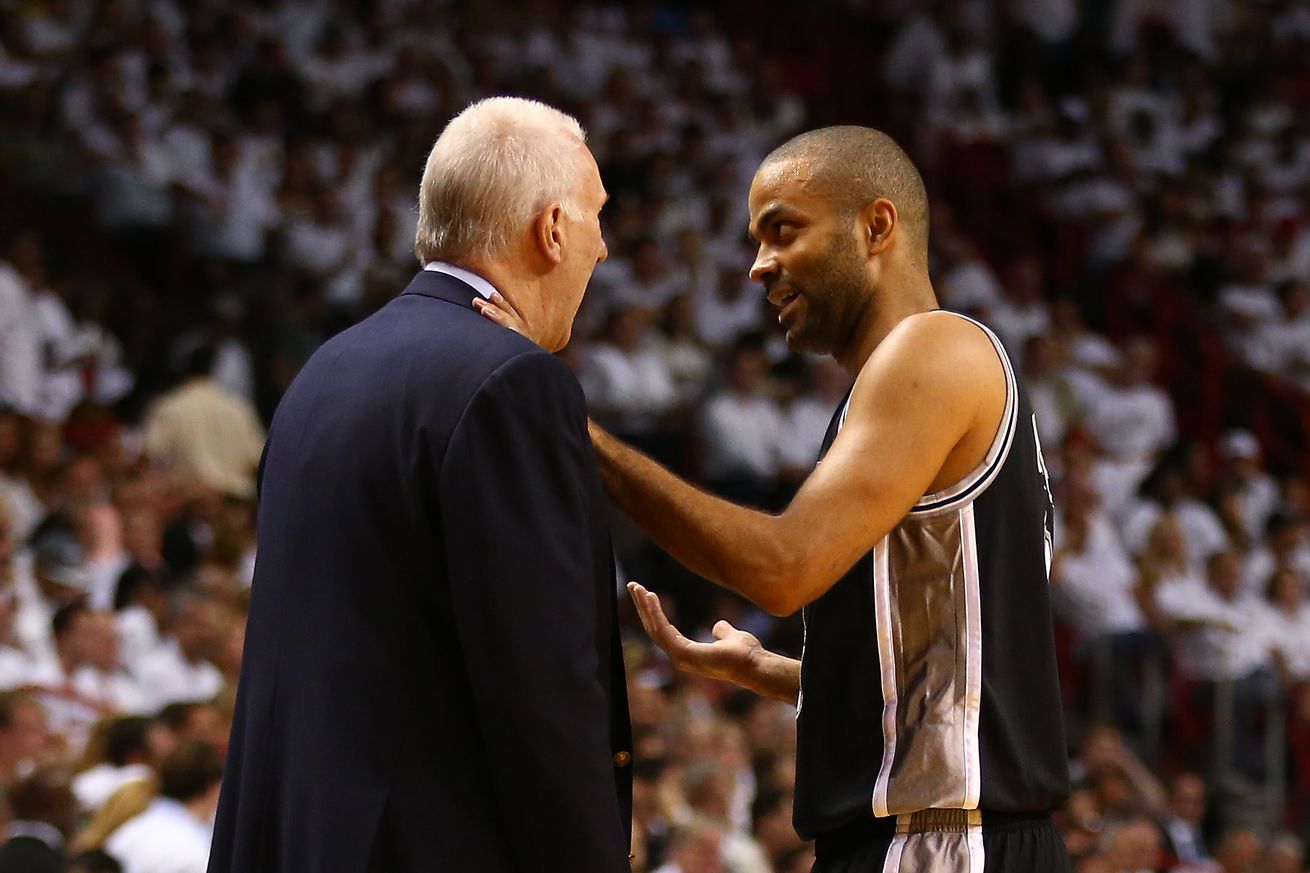 As you no doubt know by now, Spurs legend Tony Parker retired this week after an illustrious 18-year career in the NBA that included 4 selections to All-NBA teams, 6 All-Star selections, 4 NBA Championships, and a Finals MVP award for his performance in the 2007 Finals. As a member of San Antonio’s fabled Big 3, along with Tim Duncan and Manu Ginobili, Parker was entrusted by head coach Gregg Popovich to be the motor on many of their teams throughout the 2000s and 2010s.

As important as he was to the Spurs and for as long as he was, Parker never truly got the respect that he was probably due from a lot of people who watch basketball. While he was probably the most charismatic of the Big 3, people don’t revere him the way they do Manu, and everyone always talks about how Tim was the center of the entire organization while he played. Parker’s retirement, while acknowledged, hasn’t really brought out the same emotion and reflection that I noticed when both of those guys retired. Lost in the hubbub of the NBA Finals, even our own site had just a single story up about the retirement of one of the greatest players to ever play in NBA history until this weekend.

This under-appreciation for Parker was reflected perfectly by Michael Erler in his wonderful write-up on TP following the Spurs’ 2014 championship run:

In a way, the 2014 season will go down as a microcosm of Parker’s career. He’s always been overlooked and under-appreciated by Spurs fans, NBA fans, and the media as a whole. For all the credit I gave Green for persevering through Gregg Popovich’s tough love, no Spur has had to endure Pop’s relentless venom longer than Parker, who’s constantly has to deal with seemingly contradictory instructions from the skipper. When he has shot too much, Pop got on him to pass more. When he has passed too much, Pop railed on him to be more aggressive. Being a Spurs point guard is often a thankless, impossible job, and Parker’s mastered it like no one before and quite likely no one ever will again.

The impact that the Spurs (and Parker in particular) had on myself is something I’ve been thinking about the last few days since the Wee Frenchman announced his retirement. I fell in love with the Spurs and basketball very late into the careers of the Big 3, in 2012 during a particularly stressful and sad time in my life. I was 20 years old going through a ton of changes that come at that age. There were emotional heartaches as well, which included the loss of my grandfather, who I was very close with, a break-up with a girl I was madly in love with, and the continued sadness that came from losing my father when I was only 14 years old. Playing and watching basketball with my brother and our friends became an escape from what was going on in my life, a way to forget about things and, eventually, a way to move forward and become who I am today.

I watched Parker and the Spurs religiously from that season on. Not much of a 3-point shooter, he became a model for me in terms of my own, modest pick-up game skills. His mid-range jumper, an increasingly disappearing weapon for weekend warriors and NBA players alike, was something I obsessed over. I can’t tell you how many times I’ve watched videos of him practicing or coming off pick and rolls trying to check how his feet were set, the way he put his hands on the ball, how much elevation he was getting on his jumpshot.

I’ll never forget watching him sink OKC at the buzzer in just the 2nd game of the 2012-2013 season, how he put the finishing touches on that sweep against Memphis in the 2013 Western Conference Finals, or when he destroyed Dallas in Game 7 in 2014 and then proceeded to light up Portland in Game 1 of that series as well. The way he took a backseat to Kawhi Leonard in the Finals that year was the ultimate sign of leadership and humility, with Pop saying as much in the closing moments of Game 3 in audio caught on the sidelines. His last true hurrah as a Spur, Game 6 in 2017 against Memphis, also sticks out, along with so many other games throughout the years.

It’s been tough to watch him the last few years as the things that made him Tony Parker have slowly eroded. This is how it tends to be with players, especially guards, as they age and lose a step. At 37 and coming back from a major injury sustained during the Spurs’ 2017 playoff run, the speed that once allowed him to consistently blow past any defender and make his way into the paint or get to his spots off of screens for that sweet pull-up jumper is gone for the most part now, only making the occasional appearance. Never a lock-down defender and already on the smaller side, it became easier for fans to point at how much of a liability he was becoming on that end of the court, something I saw frequently as this site’s social media coordinator.

It was clear as day to anyone that was watching that he wasn’t the same guy anymore, and I think Tony knew it too, as his interview with Mark Spears of The Undefeated revealed:

If I can’t be Tony Parker anymore and I can’t play for a championship, I don’t want to play basketball anymore.

None of the negatives from the last few years will ever change what he and those Spurs teams were to me. I’ll always remember the toughness he showed, the passion he played with, the dazzling array of skills that he displayed night in and night out, and the amount of time I spent studying him. Tony Parker and the early 2010 Spurs gave me new life when I was at one of the lowest points someone could be at, and they were a huge part in helping me realize that it was OK to turn the page on that chapter of my story. I’m happy he knew it was OK to turn the page as well.

What Tony Parker and the early 2010s Spurs meant to me
Source: Pounding The Rock